The Grave Danger of Catfish Terrorism 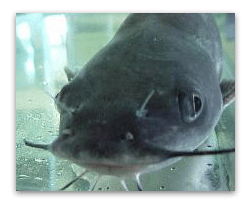 Read a typical news article, editorial, or even a history or economics text, and the “case” for regulation is posed in the following way: In their zeal for profits, business owners will cut corners when it comes to safety, which is even truer when their product falls into the categories of food and drugs.

Capitalists, it is argued, are prone even to make people susceptible to terrorist attacks, all in the name of preserving their profits. Therefore, government must regulate businesses in the “public interest.”  The darker side of regulation—its use as a tool of business cartelization or trade protection—generally does not make the news headlines.

Thus, when the State of Alabama recently announced that it was banning the importation of Vietnamese basa fish, the stated reason was to protect health and safety. Declared the August 16 Mobile Register:

Alabama is joining Louisiana in banning the sale of a Vietnamese-imported fish that competes with U.S.-farmed catfish, agriculture officials said Monday.

Alabama Agriculture Commissioner Ron Sparks initiated the statewide ban on the sale of Vietnamese basa fish, similar to catfish, on Friday. The ban will last until all the basa fish in the state can be tested for an antibiotic outlawed for agricultural uses in the United States, he said.

Of course, one can imagine that testing each basa fish (as opposed to the accepted means of taking statistically-reliable samples) will take a long time. (Protection of the “public health,” after all, is a time-consuming matter.)  Further down in the article, we hear that the real intention of state officials is to protect Alabamians from terrorists, as officials attempt to raise the level of intensity (and further justify their actions):

Jesse Chappell, a fisheries specialist with the Alabama Cooperative Extension System, said, "The apparent intent is to protect people from virulent infections and bioterrorism". . . .  (Emphasis mine)

In other words, some sneaky terrorists might be trying to kill Americans by slipping poisoned catfish into our food supply. (After all, Vietnam does have a government that calls itself communist.)  Or at least, that is what the regulators are trying to tell us:

Sparks and Louisiana Agriculture Commissioner Bob Odom said that testing by the U.S. Food and Drug Administration had tipped them off last week that some basa were getting into the country containing fluoroquinolones, a class of antibiotics that cannot legally be used for agriculture in the United States.

However, is “protecting” the health of Alabama residents the main goal of those who are imposing the ban?  It seems that there is another side, as the reporter points out:

All this follows a recent Mississippi State University study that showed basa were preferred over U.S.-farmed catfish in a taste test 3-to-1. A follow-up test conducted last week by a Baton Rouge marketing company found 49.5 percent of participants preferred Vietnamese basa, while 46 percent selected American catfish.

Yes, it seems that the authorities in Alabama and Louisiana are desperate to protect the people from their own taste buds. Moreover, the fish is cheaper than the farm-raised southern catfish, as the article acknowledges. According to the news account:

Elsewhere, an advocate for the catfish farmers declared that the ruling will help to create a “level playing field,” which, in reality, means tilting the market away from the better-tasting and less-expensive basa fish and toward Alabama catfish. Says Chappell:

"In Vietnam they can use these antibiotics. Because of the tougher regulations here, American catfish farmers can't. They only have access to two or so antibiotics, and neither of them is very good," Chappell said. "As a result, we show up at the firefight with a pea shooter."

This quote gives us pause, for it seems that Chappell is saying that the basa may very well be safer than catfish in the United States precisely because the antibiotics used in Vietnam are likely to be more effective than what U.S. fisheries are allowed to use. While there are problems with the use of any antibiotics in foods (given that germs can develop resistance to them), the alternatives are not particularly appealing, as most consumers would prefer to take their chances with antibiotic-fed fish as opposed to eating diseased food.

Therefore, as we take stock of the situation, we can note the following:

In this example, we see many of the reasons that Austrians are so vehement in their criticism of government economic regulation. For one, the “safety” regulations that determine which antibiotics catfish farmers are permitted to feed to their fish are based on conjecture of what could happen. The regulators are as much in the dark as everyone else, and the myth of the omniscient government regulator is just that: a myth.

Second, in the name of dubious “safety” claims, the governments of Alabama and Louisiana actually are acting to protect politically-connected owners of businesses. Given that some of the problems that catfish farmers face are the result of regulation-imposed costs and restrictions, it is obvious that the way to better serve the consumers of those states would be to lighten the regulatory burden. Instead, we have government acting to impose even more costs and to limit consumer choices.

The actions by Alabama and Louisiana officials are only a brief chapter in a sorry gigantic volume of the annals of regulation. One should think of regulation not as a set of rules that help establish “the rules of the game” (as so many mainstream economics textbooks claim), but rather as a web of interlocking lies based upon high-sounding rhetoric that in the end rob consumers and sap the promise out of the economy.