Government Policing Does Not Mix Well With Private Security 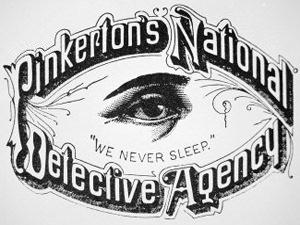 Recently, public police departments in the Des Moines, Iowa area have been charging businesses and private homeowners for responding to false alarms — that is, alarms generated by business or home security systems that were not the result of apparent criminal activity. For example, an alarm may be activated when debris blows by a motion sensor, and the local police department is then notified and it responds.

Perhaps not surprisingly, local police departments are not pleased with this development.

“It’s something we try to manage because alarms are good in theory and they do catch burglars and robbers and we get notified quicker. But on the other side we spend a lot of time spinning our wheels going to false alarm trips,” Urbandale Police Lt. Rob Johansen said. “It’s kind of a catch-22 for us.”

As a result, fines are now issued for false alarms. In Des Moines, for example, the first false alarm gets a fine of up to $500, and $750 for each false alarm after that. This has netted the city about $700,000 since 2008 when fines were first issued. Other local cities pass out lower fines for false alarms, but the idea is the same — false alarms will cost you!

For the casual observer, this seems to make sense — why should law enforcement officers waste their time with these false alarms? The typical false alarm requires 20 to 40 minutes of an officer’s time. This is time lost from performing standard patrols, or responding to crime elsewhere.

Public law enforcement, which we all are forced to support via taxation, is a service that garners wide-ranging support from most people and political backgrounds. In one poll, 83 percent of the American public supported giving the police more power to stop and search people who looked like terrorists. After the Boston Marathon bombing, 91 percent of Massachusetts residents favored the police shutting down parts of the city to look for the second bombing suspect, whom they arrested after being notified of the suspects location by a private citizen.

What all of this support indicates is the basic human need for security. Like food and shelter, people require security. Society requires the protection of property, which can be complemented by professional security forces. Nowadays, these are almost always public law enforcement departments who respond to reports of lawbreaking. However, it’s interesting to note recent situations where people have sought private security due to inadequate public security systems. (See here,here,here,here, here.)

This indicates a couple of things: first, alternatives to publicly-funded police departments exist, including private security monitoring systems for businesses and homes, human patrols who alert public law enforcement agencies, and security agencies hired to watch over employees and property. The Pinkertons are perhaps the most well-known example of this. Second, at least in some areas, public law enforcement is deemed inadequate by the local population; that is, people feel the need to purchase extra security services in addition to those that they are forced to pay for through taxation, and yet, when these private services come in conflict with the state’s security forces, private citizens find themselves paying even more.

This begs the question of why should people pay for the same thing twice. In a particular area, if policing is not maintaining order, why shouldn’t the people there be allowed to choose whatever service protects them to the extent that they are willing to pay?

It seems that some Des-Moines-area businesses were not getting the security they needed from public police departments, and they sought extra security. To make matters worse, false alarms will now cost the businesses more via fines, at $1,000 per hour or more. Business owners are being taxed twice. Surely, at such a high price, totally private security systems would be a much more attractive option.

Here we find the unfortunate outcome of mixing private security with the state’s mandatory and monopolistic security force. Citizens are forced to pay for services that are not sufficient in this case, and are then penalized further when their private security systems bother the public security service provider.

When given the choice, private security systems would vary widely from region to region based on the needs of the customers. In some places, no formal security may be required, while in others, something resembling a public police department would be created (for large cities and businesses, perhaps). But, upon failure of the current system in any particular place, the situation could be changed relatively quickly by withholding funding or resources paid to the private security service provider.

There is nothing magical about the protection of persons and property. The fact that public law enforcement departments use a one-size-fits-all model and resemble each other wherever you go, regardless of the local realities, is the result of state monopolies on security services and the public’s unfortunate support for government police even where they fail to protect or serve.