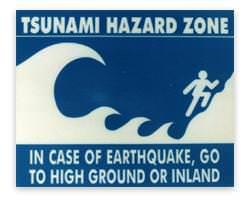 As of this writing, the death toll from the south Asian tsunami has reached 120,000, with concerns that disease may claim tens of thousands more. The countries affected include some of the poorest in the world, and as the tragedy unfolds, the economic loss promises to be devastating.

Many have noticed that poorer nations are more severely affected by natural cataclysms than developed nations. Earthquakes, tropical cyclones, tsunamis, and flooding strike the wealthiest as well as the poorest nations, but the loss of life can be much higher where income is low.

In Bangladesh, according to a 2001 UN report, chronic typhoons and flooding have killed over a half million people in the period from 1970 to 1998. Over the same period, 1.2 million died from drought-induced famine in Ethiopia. Many other poor nations have suffered similar catastrophes in recent years. According to the United Nations Development Programme, while only 11 percent of people exposed to natural hazards live in poor countries, they account for more than 53 percent of the total number of deaths. From 1980 to 2000, North Korea had the highest annual per capita death rate from disasters, followed by Mozambique, Armenia, Sudan, and Ethiopia.[1] These are also among the very poorest nations in the world.

This correlation between poverty and natural disaster seems to hold up not only with a cross-section of nations, but also over time. As nations become wealthier, their losses of human life from natural calamities tend to fall. The 1906 San Francisco earthquake (and the subsequent fire) killed at least 3,000 people out of a population of about 400,000. The 1994 quake in the same area killed only 60, out of a population that had almost doubled. Over 8,000 people in the Galveston, Texas area died in the hurricane of 1900, but hurricane Andrew's 1992 path through a much more heavily populated Florida killed only 40 people.

Barun Mitra, president of the Liberty Institute in New Delhi, India, observed that deaths in India have seen a similar trend: "A strong tropical storm in the Indian subcontinent, in the nineteenth century and even in the twentieth century, could leave tens of thousands dead. Nevertheless, the annual death toll from floods in countries like India has been falling, from tens of thousands in the earlier decades to a couple of thousand today."[2]

Countries that experience economic growth are putting themselves in a better position to reduce the number of deaths that result from natural cataclysms, and the clearest way to produce that economic growth is to allow people to interact in the marketplace without government intrusion. Expanding the role of the state, even with well-intended disaster-prevention programs, diminishes the economic growth that would most effectively reduce death rates.

To most people, shrinking the state to prevent disaster is counterintuitive. After earthquakes or typhoons, there is pressure for stronger or more well-enforced building codes, and after tsunamis the government is called upon to produce better warning systems. Yet the usual quest for mandatory technological improvements and government-provided prevention systems can reduce disaster preparedness. This is because resources are limited—acquiring more of one thing requires giving up something else. Mandating earthquake-proof technology for new construction means more expensive structures, so that more people, not fewer, are living in housing that is unsound, badly located, and otherwise lower-quality.

Regulation to put technological fixes into place takes away from other contributors to disaster mitigation. Requiring stronger structures means that people cannot devote as many resources to improving communication (to find out in advance about coming disaster), transportation (to get away from approaching calamity), medical care (to keep injuries from turning into deaths, or to treat post-disaster diseases), and so on. In fact, any government mandate is likely to overemphasize some fraction of disaster mitigation, rather than allow people to choose for themselves the appropriate mix. Government funding of tsunami warning systems, for example, may require such an investment in communications networks that medical care or transportation are underfunded. Trying to fund all of these elements of mitigation through the state implies such high taxation that the incentive to produce is reduced, and economic growth is stunted. In fact, more resources going toward disaster mitigation of any type means giving up other things that contribute to long life and well-being: a better diet, education, freedom from crime, safer workplaces, and family and religious obligations.

People don't need the state to tell them that if their houses were more soundly built, or built on higher ground, they would have less to fear from disaster. As Lew Rockwell quipped recently, "nothing strikes me as more absurd than the assumption that only government cares if your own house can withstand an earthquake or tornado. The people who live there, the banks, the insurers, the builders—none of them have any interest in solid construction and so the regulators have to be involved. That's the theory anyway, and it is ridiculous."[3]

The market, if allowed to function, can provide the transportation and communication infrastructure that is needed to mitigate disaster. Barun Mitra noted that government regulation and monopolization, apart from reducing broader economic growth, can hinder pre-calamity warnings and the rescue and relief efforts afterward:

Poor policies adopted by poorer countries have extracted a particularly heavy price. State monopoly over meteorological information has meant that there is no incentive to disseminate the information in a useful manner. Restrictions on channels of communication and state monopolies have discredited these channels to the extent that many people discount the information merely because it comes over nationalized broadcasting media. Restrictions on access to technology mean that even those who could have found the information from independent sources do not find it easy to do so. After the calamity, the thin spread of the channels of communication and technology means that few of these channels survive the disaster. This leads to a situation where even weeks after the disaster many of the affected areas remain cut off, without any relief or protection.[4]

When the state is granted the money and power to prevent disaster, the state will look after itself first, not the people it is supposedly protecting. Just as post-disaster tax dollars are regularly misallocated, the state's disaster prevention dollars will be diverted into political pork barrels and high-profile but ineffective projects.

As Chris Westley recently noted on Mises.org , "It is…clear that the best protection against natural disasters is not an expansion of the public sector on an international basis, but wealth creation. …The establishment of a thriving private sector in Sri Lanka, India, and Indonesia is crucial for a quality of life to develop there that can withstand earthquakes and their aftermath as well as does the California coast." Well said. What southern Asia needs now, in the aftermath of this tragedy, is for the government to get out of the way of economic growth.

Timothy Terrell is assistant professor of economics at Wofford College and an adjunct scholar of the Ludwig von Mises Institute. Mail. Comment on the blog.