Government Can’t be Trusted With the Death Penalty 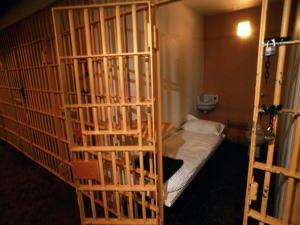 The American Bar Association’s (ABA) Texas Capital Punishment Assessment Team recently reviewed the Texas death penalty system to find what surprises no one — it’s an expensive program that is run poorly and makes mistakes. The analysis, led by legal experts and former elected officials across the ideological spectrum, found that Texas relies on outdated, unscientific, and unreliable methods to prove guilt. Many changes were suggested to attempt to prevent wrongful convictions and provide fair due process.

This same Texas system of capital punishment that Governor Perry and some of his predecessors are so proud of has led to disastrous consequences. It is responsible for at least 12 men being wrongfully convicted and then released from death row and perhaps others were even wrongfully executed. Carlos DeLuna was executed using no forensic evidence, sloppy crime scene investigation, and essentially one eyewitness account who later said he was 50 percent sure DeLuna was the perpetrator. Claude Jones was put to death in 2000 based, in part, on the analysis of a hair found at the crime scene. This hair analysis has since been shown not to be scientific, and recently, DNA evidence revealed that it was not Jones’s hair after all. Cameron Todd Willingham was executed in 2004 primarily after local investigators testified that arson was the cause of the fire that killed his three young daughters. This “evidence” has since been debunked by nine fire experts who have examined the case and determined that it was a tragic accident, not arson.

Texans continue to be subjected to paying taxes for this program that grants so much power to the state and often fails miserably. The average cost for a death penalty case in 1992 in Texas was $2.3 million as opposed to $750,000 for a case involving a life sentence. Jasper County, Texas was forced to raise property taxes by nearly 7 percent just to pay for one death penalty trial. A single capital punishment case, in part, led Gray County, Texas to withhold county employees’ raises and to increase county taxes. The cost on the local, state, and federal levels are a heavy burden on the taxpayers while the death penalty fails to deter crime.1

The high cost, frequent mistakes, and overwhelming power that capital punishment gives the state is not limited to Texas. Nationally, more than 140 people have been wrongfully convicted and released from death rows since 1976 while many others were most likely wrongfully executed. This program comes at a cost that greatly exceeds life-without-parole. Too often this increased cost is passed down to citizens in the form of additional taxation or public debt.

Ever since the death penalty was reinstated in 1976 by the United States Supreme Court, countless legislative and judicial fixes have been attempted. These actions have further limited the use of capital punishment. Judicial decisions and legislation have lengthened the appeals process, tried to limit the arbitrariness of the death penalty, and even created an additional sentencing trial only available in capital cases. As is the case with any process, additional government regulation and involvement does not cause perfection. In fact, systemic failures persist and are abundant, which has prompted 18 states to repeal the death penalty.

The framework that governs the death penalty guarantees dysfunction. Elected prosecutors are given broad discretion to decide to seek a death sentence or not — regardless of the wishes of the victim or victim’s family members. Political, rather than moral or legal, considerations sometimes drive elected officials to pursue a death sentence. Even the juries are designed to support the death penalty. If a prosecutor seeks capital punishment, then a person who opposes the death penalty is generally not permitted to serve on that jury. If that alone isn’t problematic enough, the appeals process that is currently in place is there not to introduce new evidence but to ensure the convicted was given a fair initial trial. It remains incredibly difficult to introduce new evidence. This framework favors the death penalty and the will of the government over protecting the rights of the people.

The current system not only has permitted junk science to be used as evidence, but the government’s willingness to accept, use, and defend unscientific evidence and unreliable expert testimony is appalling. This has contributed to major failures and produced wrongful convictions. Even when it is known that much of the “forensic science” is more of an art than a science, juries have not been informed of the subjective nature.

The authority to put US citizens to death is an immense power enjoyed by American governments, and great power opens the door to great abuse. In an effort to prevent further failures and abuse, the government has implemented changes to the death penalty process, which make it exorbitantly expensive, to attempt to limit future catastrophes. Even with these changes, it is still a failure.

The death penalty’s inception may not be based on nefarious schemes and likely comes out of a desire to ensure justice and safety. However, the government’s monopoly on criminal justice proceedings and its insulation from responsibility when the system fails, are at the root of the system’s failures. If we wish to limit the power of the state, the state’s death penalty may be a good place to start.

Marc Hyden is a national advocacy coordinator for Conservatives Concerned About the Death Penalty, a project of Equal Justice USA. Marc comes most recently from the National Rifle Association (NRA) where he served as a Campaign Field Representative in the State of Florida.