GET NEWS AND ARTICLES IN YOUR INBOXPrint
A
A
Home | Mises Library | George Mason: Protectionism at its Worst

George Mason: Protectionism at its Worst 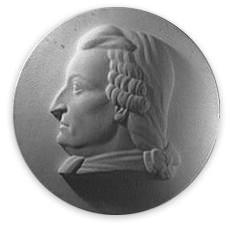 George Mason University's success in this year's NCAA basketball tournament caused many to wonder about George Mason's Founding Father credentials. Print and broadcast media responded. The Wall Street Journal, for example, printed three articles about the university and its namesake in the days leading up to the Final Four weekend.

The problem, of course, is that George Mason has long been overshadowed by the more well-known Founding Fathers — for example, Washington, Jefferson, and Madison. The consensus among historians is that Mason's anonymity traces to his (1) being one of three delegates remaining at the end of 1787 US Constitutional Convention who refused to sign the document, and (2) continuing to oppose the Constitution at Virginia's ratification convention (where he was joined, incidentally, by Patrick Henry).

Historians say these two actions trump the fact that Mason authored Virginia's first constitution and the state's "Declaration of Rights, the latter of which served as a template for Thomas Jefferson's Declaration of Independence."

According to historians, Mason's opposition to the Constitution traced to his conviction that the Constitution lacked adequate safeguards against the power of the federal government. Given the monster that the federal government has become, Mason's convictions qualify him as both Prophet and Founding Father par excellence in my and many others' books. Historians' statist inclinations predispose them against this idea.

There is another, less flattering, side to Mason's opposition to the Constitution, however. It is a side that, to my knowledge, went ignored in the recent hoopla about George Mason University and its namesake. (The only place I have encountered the argument that follows is in Gary Anderson, Charles Rowley, and Robert Tollison's "Rent Seeking and the Restriction of Human Exchange," Journal of Legal Studies, 1988). Nevertheless, given that Mason owned more slaves than any other delegate to the Constitutional Convention, we should not be surprised that Mason also took issue with how the Constitution addressed several slavery questions. He did.

First, although the Constitution proscribed federal interference in the slave trade (except for a tariff of $10 per slave) until 1808, Mason favored immediate cessation of the trade, saying the larger the number of slaves the weaker the states. Mason supported immediate cessation with the moral fervor of later abolitionists. So far, so good, but wait….

Amazingly, Mason also faulted the Constitution for failing to make slave owners' property rights to their slaves more secure. By ignoring slave owners' rights, said Mason, the architects of the Constitution "left undone what they ought to have done." Needless to say, inveighing against a Constitution because it increases the number of slaves, only to then urge that the shackles of slavery be constitutionally tightened, requires a stunning degree of moral obtuseness or hypocrisy. Certainly more stunning than the oft-noted conundrum about Founding Fathers owning slaves.

Adding to the amazement is the fact that Mason made these two arguments in virtually the same breath at Virginia's ratification convention on June 15, 1788:

The augmentation of slaves weakens states; and such a trade is diabolical in itself, and disgraceful to mankind; yet, by this Constitution, it is continued for twenty years. As much as I value a union of all the states, I would not admit the Southern States into the Union unless they agree to the discontinuance of this disgraceful trade, because it would bring weakness, and not strength, to the Union. And, though this infamous traffic be continued, we have no security for the property of that kind which we have already. There is no clause in the Constitution to secure it; for they may lay such a tax as will amount to manumission…. I have ever looked upon this as a most disgraceful thing to America. I cannot express my detestation of it. Yet they have not secured us the property of the slaves we have already. So that they have "done what they ought not to have done, and have left undone what they ought to have done" (see Jonathan Elliot (1836), The Debates in the Several State Conventions on the Adoption of the Federal Constitution, Volume III, Philadelphia: J.B. Lippincott Co, p. 452-453).

Note that Mason labeled the slave trade as "diabolical," "disgraceful," "infamous," and "detestable" immediately prior to arguing that slave owners' rights be strengthened. Obviously, opposing the slave trade was not equivalent to opposing slavery.

What happens when one looks at Mason's two positions through the lens of the economist? The lens uncovers an underlying economic consistency between the positions — however morally repugnant they are when juxtaposed. To wit, both positions would, if enacted, advance Mason's economic interests. Mason becomes, in fact, the public choice economist's prototypical politician. That is, a politician who responds to personal economic incentives just like people in the private sector. That George Mason University would today house the Center for Study of Public Choice adds special irony to this.

In any event, recall that as the eighteenth century was winding down, Virginia's agricultural vitality was waning. Virginia was becoming an "exporter" of slaves to the new nation's expanding agricultural areas — Georgia and the South Carolina high country, for example. The invention of the cotton gin in just a few years would accelerate the move of southern agriculture away from states like Virginia.

Slave imports from Africa (or the Caribbean) were foreign competition for Virginia slave "exporters," including Mason. Immediate cessation of the slave trade, by eliminating this competition, would raise the price of Virginia's "exports." At the same time, making slave owners' rights to their slaves stronger had obvious implications for all slave owners' wealth, not only in term of the slaves they continue to own, but also the prices their slave exports would command. Buyers would be willing to pay more if the security of their slave holdings were enhanced.

Immediate cessation of the slave trade would have effects no different than enacting an import quota on any product — textiles, for example. Current domestic textile producers benefit by such quotas. In fact, they frequently rationalize restricting imports along lines similar to those Mason used — sweatshop conditions abroad, etc. However — and this is a big however — current textile producers don't also urge that domestic sweatshop conditions be worsened a la Mason.

Whatever the internal consistency concerning Mason's faulting how the Constitution addressed slavery, the hypocrisy of the juxtaposed arguments is mind-boggling. That this hypocrisy was acted out on a constitutional stage by someone of Mason's stature only adds to its mind-boggling character. In my 38 years as an economist, I have encountered many specious protectionist arguments, none as brazen as Mason's. It was protectionism at its worst.

T. Norman Van Cott, an Adjunct Scholar with the Indiana Policy Review Foundation, is Professor of Economics at Ball State University, Muncie, IN. Send him MAIL. See his Mises.org Articles Archive. Post comments on the blog.