GET NEWS AND ARTICLES IN YOUR INBOXPrint
A
A
Home | Mises Library | Generational Wealth: Hesiod versus Aristotle 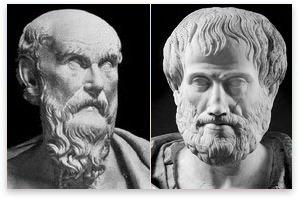 It is a great irony that prosperity affords posterity the luxury of forgetting its origins. Though not a hard-and-fast rule of societal evolution, generations who grow up wealthy often lack respect for or understanding of the values and ideas that generated the very wealth from which they benefit.

There is an honesty, realism, and practical virtue often accompanying generations that have to endure difficult labor that is sometimes lost on later generations that inherit a comfortable material life. This is not a new phenomenon but is present throughout history. Compare, for example, the life and work of the ancient Greek poet Hesiod with that of the great philosopher Aristotle some 300 years later.

Hesiod lived sometime around 700 B.C. in the region of Boeotia, which he described in his Works and Days as a "cursed place, cruel in winter, hard in summer, never pleasant." Though little is known about his life, he was apparently a shepherd who claimed to have been given the gift of song by the Muses one day while tending his flock. Regardless of the source, Hesiod's poetry is full of colorful mythology, practical wisdom, and sound ethics. The ancient poet wrote at a time near the end of the Greek Dark Ages and at the beginning of the Archaic period. Greece was a highly decentralized region made up of mostly small, self-governing societies, and the merchant class was just beginning to emerge.

It is in this context that Hesiod gives advice to his wayward brother Perses in his Works and Days. The poem is a very practical treatise on the value of hard work, the need to cultivate strong personal character and to focus on one's own welfare rather than the affairs of others. There is a strong individualism throughout Works, and even a foreshadowing of Bernard de Mandeville's Grumbling Hive and Adam Smith's invisible hand, as Hesiod describes the value of self-interest and the ability of envy and strife to motivate hard work and wealth creation.

Hesiod makes no apologies for the pursuit of wealth. Indeed, he sees the hard work required to obtain it as a way of becoming virtuous:

But the immortals decreed that man must sweat to attain virtue.

If you work, you will be dearer to immortals and mortals; they both loathe the indolent.

No shame in work but plenty of it in sloth.

If your work brings you wealth, you will be envied by the slothful,

Whatever your lot, nothing will be as good as work.

Ancient Greeks must have heeded Hesiod's advice. Three centuries later, Greece had grown in power and wealth, and from it began to flower some of the greatest contributions to classical and modern art, science, law, and philosophy. It was into this culture that Aristotle was born.

"It is a great irony that prosperity affords posterity the luxury of forgetting its origins."

Aristotle was the son of a royal physician and a member of the aristocracy. He enjoyed an excellent education at Plato's academy, which allowed him to direct all of his energy to philosophic and scientific inquiry. There is no doubt that the product of his genius was tremendously important to the advancement of the sciences and to the advancement of liberty. However, several passages in his Politics stand in sharp contrast to the views of his Greek predecessor, Hesiod, regarding the value of work, wealth, and individualism.

Compare the passage above on work as a means of obtaining virtue and wealth as a precursor to "glory and excellence" to Aristotle's description of those fit for citizenship in his perfect state:

Now, since we are here speaking of the best form of government, and that under which the state will be most happy (and happiness, as has been already said, cannot exist without virtue), it clearly follows that in the state which is best governed the citizens who are absolutely and not merely relatively just men must not lead the life of mechanics or tradesmen, for such a life is ignoble and inimical to virtue. Neither must they be husbandmen, since leisure is necessary both for the development of virtue and the performance of political duties.

Aristotle's aristocratic upbringing leads to an arrogant view of not only who should be a citizen or leader but also how a state should be governed in general. Hesiod's focus is on the individual and how he might improve his own lot and leave others alone, while Aristotle is more concerned with selecting the best men to plan and rule the rest. Like Plato before him, Aristotle thought those fit to rule were educated men like himself — men who had sufficient leisure and could stay out of "unnatural" businesses like retail trade and moneymaking.

There is no doubt that — probably thanks to the intellectual lifestyle afforded him — Aristotle provided one of the best defenses for private property, and his work in logic and metaphysics remains unrivaled today. However, Aristotle's political and economic thought leaves something to be desired by those who value free-market capitalism, the role of the entrepreneur, and the positive power of self-interest and individuality.

The main difference between these two men was their wealth and status. Hesiod, perhaps due to necessity, was a practical thinker. Extolling the virtues of hard work was not mere speculation; I doubt Hesiod could afford to look down his nose at labor. Aristotle, on the other hand, could afford to disparage trade and labor. The wealth of Greece provided opportunity for full-time teachers and thinkers to ponder anything they chose. Indeed, the power of wealth to fund such speculative philosophy is one of its greatest advantages, and as one who spends hours studying, I would not wish to return to a poor agrarian society. Still, such generational wealth carries with it a certain danger.

"Anticapitalist theories share in common an inability to take human nature as it is."

Anticapitalist theories share in common an inability to take human nature as it is. Rather than analyzing man as a complex creature who will always act to achieve what he perceives as good, anticapitalist theories tend to focus on what the theorist wishes man to be and often overlook the necessity of market exchange for human improvement. From the vantage of a moneyed aristocracy, it is easy to be "above" the hustle and bustle of the marketplace, and to pursue higher ideals than material prosperity — forgetting that such prosperity is what supports the hours of speculation.

"It is imperative that we remain realistic in our assessment of human nature and not forget that the basic principles which produced our prosperity still govern human action."

I do not believe one must be poor to understand and appreciate capitalism, nor am I opposed to generational wealth or inheritances. It does seem, however, that there is a certain danger in living a life completely detached from market processes and the pursuit of wealth through production and trade. Far worse than a physically lazy trust-fund baby is a generation that has become intellectually lazy. With wealth comes the temptation to rebel against existing institutions and ideas — after all, you can afford to. While iconoclasm and courage to question the status quo are cherished virtues and much needed in defense of liberty, they are not ends in themselves. There is no heroism in revolting against the existing order if the existing order is better than the ideals for which the revolutionaries stand.

In our age of plenty where "higher learning" is ubiquitous, it is imperative that we remain realistic in our assessment of human nature and not forget that the basic principles that produced our prosperity still govern human action. Teaching future generations the theories of individual liberty and capitalist production is important; perhaps letting them experience the theories in practice is as well.

Isaac M. Morehouse is the director of campus leadership for the Mackinac Center for Public Policy. He lives in Vicksburg, Michigan, and blogs at MichiganSFE.org and ThePrometheusInstitute.org. Comment on the blog.