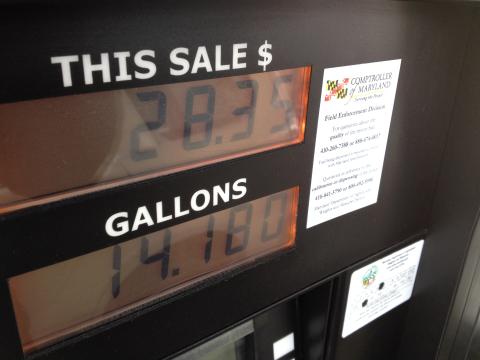 In his classic Economics in One Lesson, the great Henry Hazlitt wrote that the lessons of clear economic thinking had to be relearned each generation. As gasoline prices continue to rise out of control, especially in the Midwest, Hazlitt's words prove to be true once again.

It had to happen, of course. Even until recently, many news accounts and at least a few of the political pronouncements about the rise in gasoline prices almost seemed reasonable. At least they did not match the outrageous words uttered by 1970s politicians who tried to convince us that the gasoline shortages were part of a Great Conspiracy by Big Oil to rob us.

That respite from political demagoguery, however, is now officially over. The Federal Trade Commission announced it had begun a formal investigation into oil company practices to find whether or not the firms have engaged in "price gouging" and other illegal activities. The FTC even hinted that it might recommend the Department of Justice pursue criminal investigations of oil executives.

Vice President Al Gore, once again demonstrating why he is unfit for higher office, already knows why gasoline prices are rising. "We now that that, according to the latest available statistics, oil company profits have increased by as much as nearly 500 percent in the first part of this year. These enormous and unreasonable profits suggest that big oil is gouging American consumers," the Democratic Party standard bearer declared.

Republicans have hardly been better. Congressional representatives from the GOP have been just as loud as Democrats in demanding oil companies now spend millions of dollars giving documents to Congress and the FTC. While they have at least called for the repeal of high gasoline taxes (although they will do nothing more than talk), no one has emerged from Republican ranks who demonstrates anything that resembles economic literacy. So, the prospect remains that we may repeat the fiascoes of the 1970s.

It is time to refute all of these arguments and explain (once again) that not only were these price increases inevitable, but they have been specially packaged in Washington, D.C. In a time-honored tradition, the political classes have broken the expensive vase, then pointed to an innocent party.

Examining Gore's statement that oil companies have seen mercurial rises in profit margins is quite easy. In fact, if oil companies suddenly were earning 500 percent on their investments, stock traders would be stampeding to buy stocks in these companies. The evidence from the various stock exchanges suggests otherwise.

That oil companies (or any other private firms, for that matter) could have the ability to suddenly conjure up 500 percent profits would be a new discovery in economic analysis. As Murray Rothbard pointed out in Man, Economy, and State, in a free market system private firms control neither their prices nor their profits. Profits arise when there exists a sizeable (and temporary) gap between prices for the final product and prices paid to the factors of production (what economists call the costs of the firm).

While it is true that a firm can demand that buyers pay whatever the company wishes to charge, nothing in economic analysis says that the seller will be able to make any sales. For example, if oil companies can make 500 percent charging $2 a gallon for gasoline, why don’t they raise their prices to $10? To $15? To $100 a gallon? Gore’s recent comments suggest that oil companies have the power to do just that. If that were the case, why have the oil firms not raise prices to those levels?

Furthermore, if sellers enjoy that kind of economic power, why hasn't the gasoline station owner down our road discovered he can jack up the price of gas to whatever levels he pleases? The reason he does not is because he and the rest of his cohorts do not have the ability to sell their products at any price they choose.

As Rothbard has explained, all firms are price searchers. That is, there is no impersonally determined price that falls upon them from On High. Instead, they must use trial and error to find whether or not there is a price that allows them to sell enough of their product and still make a profit. There is no guarantee that consumers will agree on a price high enough to allow the latter.

Furthermore, Rothbard notes that the presence of other producers in a free market will have a downward effect upon final prices of goods (and an upward effect upon prices paid for factors of production, thereby squeezing profit margins over time). Thus, if Rothbard is to be believed, then oil companies simply do not enjoy the vast powers that Gore has declared that they own. If that were true, then oil executives would have been derelict in their duty to stockholders because they had failed years ago to jack up prices to hugely profitable levels!

Not only do oil companies not have the ability to sell their products and control their profits in the way that the government has accused them, this present conflagration is a product that has originated in Washington. For the last decade, and especially since the Alaskan oil spill of 1989, the government has placed huge barriers in the way of new oil exploration and done its best to limit production of gasoline and other oil-based products. Environmentalists have also successfully kept new pipeline construction at a minimum, thus reducing the ability of oil companies to transport their products. This has meant that supplies of gasoline are regularly squeezed, especially in this nation’s mid-section.

New environmental regulations placed upon oil refiners, for example, have made it much more costly to produce gasoline. In fact, the newest Environmental Protection Agency requirement that mandates the addition of certain chemicals in gasoline ostensibly to reduce summertime smog has hit the midwestern cities very hard. The evidence that it is the government’s policies and not oil company "misconduct" is seen in the large price differentials between the Midwest and other regions of the United States.

If oil companies simply were "gouging" consumers in Illinois and Wisconsin, as members of Congress from those states have charged, then producers who were selling at nearly a $1 a gallon less in cities like Phoenix or Atlanta would quickly find a way to ship their products northward. It would not be long before increased supplies in Chicago and decreased supplies in other cities would cause a general evening of prices across the nation.

Instead, we see the opposite occurring. Producers prefer to sell their gasoline in southern markets, despite the fact that the market price of gasoline is much cheaper there. That can only mean that the EPA requirements for the cities of the Midwest are wreaking havoc with oil refiners and disrupting supplies.

Of course, the EPA is not done with its destruction of oil markets. This rogue federal agency, which has been the personal playground of Vice President Gore, is now demanding that refiners greatly reduce the sulfur content of diesel fuel. Again, we are dealing with regulations that will have negligible health effects but will have devastating effects upon the pocketbooks of most Americans.

No doubt, if the EPA is able to force up prices for diesel fuel, we can expect the same chorus of condemnation from the political classes that private enterprise is oppressing us. The sad thing is that most Americans will listen to the politicians and not their own common sense. Hazlitt's lessons must be relearned once again to our sorrow.