Galbraith Was Right About Advertising 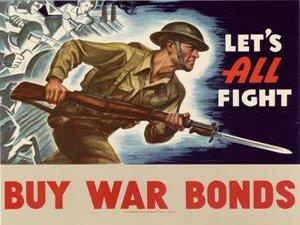 Now that I have your attention, rest assured that even when John Kenneth Galbraith got something right, he got it wrong. One of the signature ideas for which Galbraith is known is the Dependence Effect, which states that advertising convinces people that they need things that they don’t really need. In Galbraith’s own words, “If the individual’s wants are urgent, they must be original with himself. They cannot be urgent if they must be contrived for him. ... One cannot defend production as satisfying wants if that production creates the wants. ... The even more direct link between production and wants is provided by the institutions of modern advertising and salesmanship.”1 Galbraith uses this concept to undermine the foundations of microeconomics in the personal preferences of individuals.

Where Galbraith is right is that such salesmanship does indeed get people to demand things that are not in their best interests. Where he goes terribly wrong is in finding producers in the marketplace as the primary perpetrators of this effect. In fact, it is the State that makes greatest use of salesmanship to obtain the consent of people for things that do not only not make them better off, but usually do them harm. What makes the State’s behavior even worse is that when the State’s salesmanship fails, the State can fall back on the use of force to get people to satisfy the wants “that production creates.” Private firms, unless they are in league with the State, do not have that ability.

Examples of the Dependence Effect as implemented by the State abound. Let’s take just three.

Exhibit A is US entry into World War I. That a majority of the American people did not want their sons sent to die in European trenches can be inferred from the facts that they re-elected a president who ran under the slogan, “He kept us out of war,” and that the number of volunteers was not sufficient for the US to commit large armies to that conflict without conscription. After all, who would find the desire to make sure that J.P. Morgan did not take losses on his British bonds or to guarantee American citizens the right to travel safely on ships carrying weapons for the belligerent powers? Even the purported goal of, “making the world safe for democracy,” was not exactly something most Americans felt in the depths of their being until it was drummed into their heads by such agencies as the Committee on Public Information, if even then. Similar discrepancies between what most Americans wanted and what they were contrived to want are to be found in nearly every war the US government has gotten its citizens into.

Exhibit B would be the Affordable Care Act. Many relatively young and healthy people do not feel that medical insurance, especially the expensive pre-paid medical plans that are currently mistaken for true insurance, are worth the cost to them. Since almost no amount of government propaganda was sufficient to get them to spend their money on something that far down their list of priorities, force was used to bring them into compliance, i.e., to get them to spend money on, “things that they don’t really need.” At the same time, many other people had plans that they believed were meeting their needs and within their budgets. Here the government enacted policies that anyone could have readily foreseen — with thousands of words published to that effect to enlighten those to whom it was not obvious — would result in the removal of those policies from the market. So not only do we see the State seeing to it that people obtain products they do not want, but it also brings about the elimination of products people do want. Not only is the State the true locus of the Dependence Effect, but it is also the source of its equally evil twin, what we might call the Elimination Effect.

Finally, we have Exhibit C which is a constantly-devaluing currency. A fiat currency of diminishing value is hardly something that is innately and urgently needed by most people, yet we have been told over and over by leaders of the Federal Reserve System and mainstream economists, many of whom would like to be Fed chairman, that such money is all that stands between us and another Great Depression.

Yet during the nineteenth century, there were five periods of at least five years (including one of 25 years) in which price levels as measured by the GDP deflator fell, but real GDP had an average annual rate of growth from 2.7 percent to 6.2 percent.2 The demand for a central-bank-created money that creates unsustainable booms and busts and generates Cantillon effects (that transfer income from the middle class and the poor to wealthy cronies of those in high positions) are clearly not “needs” that originate with anyone but those on the receiving end of the wealth transfer. Depreciating money is another case in which government efforts to persuade people were unsuccessful and had to be enforced by legal tender laws and confiscation of the people’s gold.

These examples could be multiplied many times over. The TSA and its privacy-violating “security theater,” NSA spying on law-abiding citizens, subsidized artwork of dubious value, a War on Poverty that generated numerous behaviors that perpetuated poverty, and a food pyramid that, when followed, seems to lead to more obesity rather than less, are just a few on a list that seems endless. In every one of these cases, people came to accept such programs that were not satisfying needs that were intrinsic due to the hype generated by court economists or court historians, or failing that, had them shoved down their throats by force. Thus, the Dependence Effect is alive and well. Only its presence is most strongly felt in the government sector. Indeed, while John Kenneth Galbraith points the finger elsewhere in his explanation of the concept, he himself is one of the court economists who perpetrated it, as nearly his entire body of work persuaded many people they had needs “not original within themselves.”

Robert Batemarco is now semiretired, having most recently taught economics at Fordham University.