The Future of the Austrian School 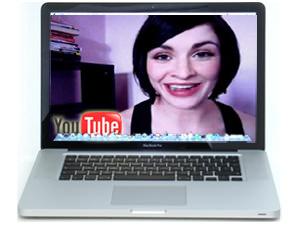 On Saturday, July 28, I spoke to a group of almost 150 mostly undergraduates at the Mises Institute. They had flown in from across the United States and from 20 foreign countries. It was a week-long seminar. I was the final speaker.

It is an amazing experience for an anti-Communist of my generation to speak with a Chinese student studying economics in the USA.

One young woman from Vietnam was going back to set up a Vietnamese Mises Institute. There are already three Austrian websites in Vietnam. There is a generation of young entrepreneurs coming into the Vietnamese economy. They are receptive to my Austrian School message, which explains entrepreneurship as the crucial factor in a free economy.

Another young woman with the improbable name of Amanda BillyRock has begun a YouTube channel. She has gotten enough viewers so that someone has decided to provide funding. This person also made it possible for Miss BillyRock to attend Mises University, which led to this video, and more to come:

I think her story is typical. It was the bad economy, plus her discovery of Ron Paul, that pulled her in. She got interested enough to start a YouTube channel. This is a good sign. As she says, she knew nothing about economics and politics two years ago. She is a fast learner. This video was posted in mid-March.

There were some older people attending. They had been graduates of the program. A husband-wife team of economists from India, in their late 20s, both got teaching jobs in US universities.

There were at least 20 graduate students. There was a special session with Leland Yeager. I had not seen him since the second Austrian seminar held in 1975 in Hartford. That conference had about three dozen up-and-coming Austrian scholars. It may have been fewer. One of them was Roger Garrison, who is a professor at Auburn University. I think there were four of us at the Mises seminar who were also at that conference, plus Yeager. He is 87 years old. He knew Mises and Hayek better than I did. He had been a graduate student in the early 1950s. At that point, the Austrian School was Mises, Hazlitt, Rothbard, and Hayek, plus a few scattered men, none of whom had followings. Now he sees an international movement. This movement is growing rapidly.

These students were better versed in free-market economics than most college students anywhere in the world. The web has educated them. But a common thread was Ron Paul and his battle with the Federal Reserve. The foreign students knew about this.

It takes time to replace a failed generation. We are not revolutionaries. We must be patient. The web is on the side of liberty. Mises University has been teaching students for 27 years.

After my speech, I consented to be interviewed by Miss BillyRock, with this condition: she must buy some daylight-imitating (64k) fluorescent light bulbs, so that she can escape the Smurf-like effects of her laptop. She agreed. I hope she posts it soon.

Her testimony here is very good about the effects Ron Paul has had on her siblings. She has also got the Establishment nailed. This video would have been inconceivable in 2006 or earlier.