GET NEWS AND ARTICLES IN YOUR INBOXPrint
A
A
Home | Mises Library | Freedom, Global Poverty, and the Failure of Foreign Aid

Freedom, Global Poverty, and the Failure of Foreign Aid 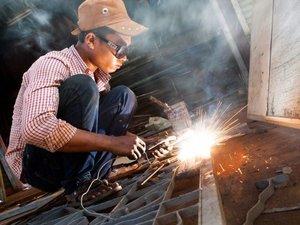 The standard narrative floating about the mainstream press is that the developing world is held back by a quagmire of free market fundamentalism. Sure, there are a few exceptions to this narrative, such as Peter Bauer and William Easterly. But pretty much all we hear is a chorus from the likes of Jeffrey Sachs; that in order for these poor countries to become wealthy, they must receive aid from wealthy countries and rein in the free market.

Salon even had the audacity to refer to Honduras as a “modern day libertarian dystopia.” As the author states, “Eliminate all taxes, privatize everything, load a country up with guns and oppose all public expenditures, you end up with Honduras.” A country where “the police ride around in pickup trucks with machine guns, but they aren’t there to protect most people. ... For individual protection there’s an army of private, armed security guards.”

And then there’s Naomi Klein, whose popular book The Shock Doctrine claimed those who support free markets actually use crises to enact their free-market reforms on poor countries and ensure such poverty continues.

There is so much wrong with all of this that it’s hard to know where to start. First of all, Klein gets things backward. While corporations have certainly done their share of wrong (usually with the help of the government), Robert Higgs showed quite clearly in Crisis and Leviathan that it is the state that uses crises to grow. In the United States, the government grew vastly during World War I, the Great Depression, World War II, and even the Cold War. It is now using the War on Terror to grow once again.

Economic Freedom Is Still Too Rare In the Developing World

As Johan Norberg noted in his critique of Klein’s book,

If we look at the Fraser Institute’s Economic Freedom of the World statistics (EFW), we find only four economies about which we have data that haven’t liberalized at all since 1980. All the others have. Obviously this also means that we will see economic liberalization even in brutal dictatorships, just as in peaceful democracies. ... Klein relies on her personal interpretation of anecdotes and examples and never tries to supply broad, statistical evidence for her case. It’s an understandable omission, because the data don’t support her argument. There is a very strong correlation between economic freedom on the one hand and political rights and civil liberties on the other.

Indeed, while these reforms leave much to be desired and the world has taken a massive step backward since the financial crisis, there has still been a decent amount of liberalization. And the world’s economic progress, while again leaving much to be desired, has been undeniable.

One must merely glance over the Economic Freedom of the World rankings to see that the developing world ranks by far the lowest. The index takes into account the following,

Western countries in North America and Europe rank the most free followed by countries in Eastern Europe and Asia, then comes the Middle East and Latin American with Africa at the bottom. Hong Kong ranks first with an 8.98 rating, the United States comes in 12th at 7.81 (behind Canada at 7th). Even “socialist” countries such as Norway and Sweden come in high at 30th and 32nd respectively. Yes, they may have a large government welfare system, but they also have (relatively speaking) sound property rights and free trade.

On the other hand, El Salvador comes in 60th, Brazil 103rd, Mali 133rd, and Chad at 146th. Venezuela — which just happens to be going through a major economic crisis — comes in dead last. (There is no data on North Korea.)

Remember the “free market dystopia” of Honduras that “eliminated taxes” and “privatized everything”? Well, it ranks 116th on the 2015 Index of Economic Freedom and 104th by the World Bank Group on the ease of doing business. The same group ranked Honduras 153rd on how cumbersome the tax burden is. Apparently, eliminating taxes actually means having a 25 percent top personal tax rate, 30 percent corporate tax, and a brutal 15 percent national sales tax. It’s almost as if Ludwig von Mises himself had come up with Honduras’s economic policies.

On the contrary, the developing world is thoroughly interventionist. Property rights are scarce so raising capital is extremely difficult. Local police can and do harass business owners into bribes and without strong property rights and fair courts to settle disputes, much of these economies are little more than a black market. It’s like the illicit drug market in the United States writ large. The government’s themselves, far from laissez-faire, could often best be described as kleptocracies. Indeed, the reason Honduras needs “private security guards” is because the state police do little more than harass their own citizenry.

Another example of Latin American interventionism is Peru. While researching his book The Mystery of Capital, Hernando de Soto decided to try and start a small clothing factory in Peru. He hired a lawyer and a few students and set them on their way. The result?

They had to do a lot. They had to get 11 different permits from seven different ministries. They were asked for bribes 10 times, had to actually pay bribes twice, there were lots of delays. ... In total, it would take you at least 278 days working eight hours a day to do business with a small, little factory.

A friend of mine who had a business in Ecuador, told me of similar experiences to that of Hernando de Soto. And it’s certainly not just Latin America either. The documentary Commanding Heights describes “the Permit Raj” in India that came to being after the British Raj was removed in 1947. As Narayana Murthy, the chairman of Infosys Technologies put it, “It used to take us about 12 to 24 months and about 50 visits to Delhi to get a license to import a computer worth $1500 dollar.”

Because of this, “Businessmen found it almost impossible to get things done.” India’s Finance Minister P. Chidambaram noted that “Every permit was procured by corrupt means.” In other words, a bribe. This giant, corrupt bureaucracy is the primary factor in keeping the underdeveloped world underdeveloped. Fortunately, in India’s case, it has liberalized somewhat and seen robust economic growth.

How Rich Countries Get Rich

Overall, the wealthiest countries generally have freer markets. As noted above, Hong Kong is ranked as the world’s freest economy and has had some of the most remarkable growth in world history. In fact, John Stossel tried the same experiment as Hernando de Soto in Hong Kong. He filled out a one page form and opened his business the following day.

As a paper from the National Center for Policy Analysis noted, “Per capita income is seven times higher in the economically freest economies compared with the least free countries.” In the top quintile in 2002, the per capita income was $26,106 per year. In the bottom quintile, it was a mere $2,828.

These countries are also freer. Freedom House releases a report ranking countries by political rights and civil liberties. The colored map they provide looks almost identical to the one released by the Fraser Institute. And the same National Center for Policy Analysis report found an almost perfect correlation between economic freedom and political freedom.

Many might concede this point, but argue that foreign aid is still needed as a stop gap measure. But foreign aid just locks in corrupt leaders and their bad economic systems by allowing the corrupt elites in those countries to linger on with their failed policies. A report from The Center for Strategic and International Studies observed that “The history of U.S. assistance is littered with tales of corrupt foreign officials using aid to line their own pockets, support military buildups, and pursue vanity projects.” Or as one snarky pundit put it, “foreign aid is taking money from poor people in rich countries to give to rich people in poor countries.” Tom Woods puts this all in perspective,

Not long ago Parade magazine published a ranking of the twenty worst dictators currently in power. The U.S. government had contributed aid to all but one of them.

How exactly is this supposed to break the cycle of poverty?

Not surprisingly, it doesn’t. A study by Raghuram G. Rajan and Arvind Subramanian for the World Bank noted,

we find little robust evidence of a positive (or negative) relationship between aid inflows into a country and its economic growth. We also find no evidence that aid works better in better policy or geographical environments, or that certain forms of aid work better than others.

Instead of foreign aid, what these countries need is freedom; economically and politically. And unfortunately, the developing world is sorely lacking in both.