The Freedom to Cross a Border One of the myriad benefits of knowing the late, great Murray Rothbard is being able to view political developments in economic terms. Thus, his model of power versus market came to mind when a friend vented to me over the phone a while back, and specifically I thought of how the state is increasing transaction costs of normal life choices.

My American friend used to cross the Canadian-US border northward with ease in order to visit our farm and his family members in Toronto. However, new procedures came into force a few years back by which police and court records on American citizens are freely and easily accessed by Canadian customs agents, and vice versa. And so, two years ago, my friend experienced a problem: an old DUI, for which he was denied entry. It didn't matter how old the DUI was, nor that it was a one-time offense. He was summarily turned away.

A DUI is now one of the infractions that can cause a de facto iron curtain to fall across the Canadian-US border, separating friends and family members; other infractions include possession of marijuana (perhaps in the '70s), possession of a medical-marijuana card, shoplifting, and an arrest for attending a peace rally.

Correction: I wrote, "A DUI is now one of the minor infractions …" Actually, it has been a barrier to border crossing for about 20 years, but only now do border agents possess the technology and information to enforce the restriction. The offending tool is called The Smart Border Declaration and Action Plan, by which Canadian intelligence and US Homeland Security information are comingled and available to both governments.

What recourse does my friend have? Will he simply be cut off from family members — some of whom are too elderly to travel into the United States to get to him? Will he never again help to put in my garden?

Basically, he has two options.

First, the DUI is supposed to drop off his record in ten years' time; he could wait, trusting the benevolence of the customs officials and the competence of their computers. But a custom's officer can turn him away for any reason at any time, and I am skeptical about the prospect of government agents voluntarily erasing any criminal data on individuals.

Second, according to the Canadian Embassy, if the single offense happened outside of Canada, if it did not cause property or personal damage, and if five years have elapsed since the end of any sentence imposed, then my friend may apply for the ominous and Orwellian "Approval of Rehabilitation." The Approval will permanently remove the inadmissibility caused by his DUI conviction. Or he could apply on the spot for a "deemed rehabilitation" when he drives up to a point of entry.

My friend is one of the lucky scofflaws. He qualifies for what is called a "Streamlined Rehabilitation Application," which allows him to clear his "name" at the border in advance, without having to wait ten years. So what does this lucky man have to do to visit my farm once more? He must submit an application at a designated center in the States or at a Canadian port of entry. (Of course, a submission does not guarantee approval.) The submission must include 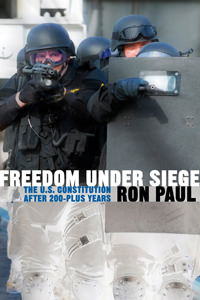 He must jump through a series of intricate, time-consuming bureaucratic hoops — and then pay for the privilege of having done so. Meanwhile, attorneys are advising similar scofflaw clients of possible "processing problems." The minimum processing time is supposed to be six months. My friend has been waiting for a year and a half.

As I wrote earlier, upon hearing of my friend's dilemma, the phrase that came to my mind was "transaction costs." A fairly standard definition of this term is: "a transaction cost is a cost incurred in making an economic exchange." Consider buying an apple from a grocery store. The cost of doing so will be, not only the price tag on the apple, but also the time and gas it takes to travel from your house and back, as well as the time you spent waiting in line. These costs — the ones over and above the price tag on the apple — are the transaction costs of your purchase. Such costs can become more expensive than the apple itself. For example, if the nearest grocery store is ten miles away, the cost of gas may be far more significant that the price of fruit.

For years, I have been complaining to my husband that the transaction costs of being alive were soaring — and almost always because of increased governmental requirements and ensuing governmental inefficiency. Here's one example: a few years ago, it took me eight months to get a replacement birth certificate that I needed for no other reason than to meet the requirements of another government form. I needed to fill out the other government form in order to legally engage in an activity the license for which had previously required only the production of a driver's license.

To perform a single act that should never have been licensed at all, I had to wait eight months and fill out two additional forms. For the privilege of going through this infuriating process, I paid two fees. And then insult was added to injury: the whole process was just a prelude to filling out yet another government form and paying yet another fee. The transaction costs of life are soaring.

I have never been arrested (as an anarchist, I have no excuse). The most legal attention I've gleaned has been a parking ticket. I am white, middle-class, and innocuous in appearance. A clean slate and an unimposing persona puts me in the enviable position: I will probably never be denied entrance at any border crossing in the world. 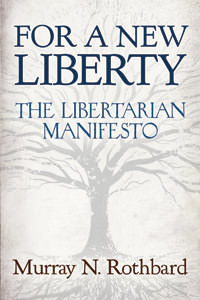 Nevertheless, my freedom of travel is being denied, and that denial comes in the form of transaction costs. Government regulations are making the exercise of my rights so expensive in terms of additional fees, time, inconvenience, and sheer unpleasantness that these considerations are beginning to outweigh the actual cost of exercising my rights.

When my friend weighs the transaction costs of venturing once more across the Canadian border, I believe his friends and family will win the contest. He will swallow his pride and his anger in order to maintain close contact with those for whom he cares.

But I cannot help believing that the true winners will be government fee-mongers and heartless bureaucrats who cherish social control. They seem determined to burden the exercise of rights with transaction costs so heavy that the knees of the "free" will buckle under them.