GET NEWS AND ARTICLES IN YOUR INBOXPrint
A
A
Home | Mises Library | Foreign Aid, Foreign Disaster 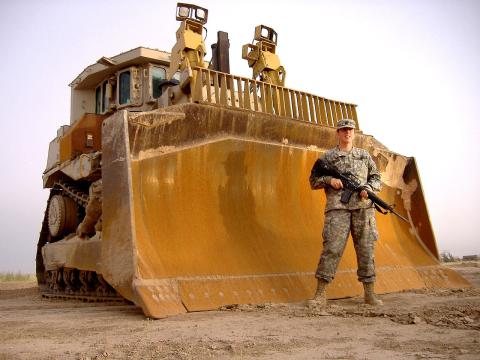 Few countries around the world wanted to be entangled in the War on Iraq, but now everyone seems eager to participate in reconstruction. The United States, as primary military aggressor, has estimated the cost of this effort totaling $100 billion over the next several years.

Foreign aid seems to many as the only answer for Iraq's shattered economy. While bilateral aid from the United States to the next Iraq government will play a major role, the IMF and World Bank have begun preliminary investigations into what roles these agencies can play.

Judging on the historical record of foreign aid, however, Iraq is in for a long, tumultuous ride. Because foreign aid is welfare for governments, the Iraqi project's success will largely depend on how little aid is given.

Be it bilateral or multilateral, dispensed directly from a government or through an international lending agency, foreign aid embodies all the failures and tragedies that have come to typify our government-run domestic poverty schemes. As with welfare for the poor, its destructive results excused, its opponents demonized and its failures rewarded. It is a system through which political power becomes entrenched, political favors are distributed, enemies are punished. And despite its record of unmitigated failure, foreign aid, like welfare, has grown both in size and scope.1 For the sake of the American taxpayers and the poor of developing countries, all forms of government-to-government aid must be abolished.

The "foreign aid as welfare" analogy might seem, at first, to be forced and inappropriate. On the surface, the two programs differ in form as well as function. While one seeks to act as a buffer between subsistence and destitution, the other aims to be a catalyst for growth and development. In theory, welfare exists to correct a perceived market failure.

Proponents assert that the private sector cannot provide alms to all affected by poverty. Foreign aid, on the other hand, often seeks to assist in the creation of a market economy. Its ostensible raison d'être, aid advocates contend, should be welcomed by supporters of the market order. While the language surrounding the two programs may differ, the dissimilarities end there. Foreign aid is welfare on a global scale.

As with welfare for the poor, foreign aid was given an ingratiating name by its architects. As Peter Bauer writes, "To call official wealth transfers "aid" promotes an unquestioning attitude. It disarms criticism, obscures realities, and prejudges results. Who can be against aid to the less fortunate? The term has enabled aid supporters to claim a monopoly of compassion and to dismiss critics as lacking in understanding and compassion."2

At its base, however, foreign aid consists of government-to-government subsidies. They are funded through taxes and constitute a wealth transfer between governments.  Funds, clothing, food, etc. are not given directly to the poor, rather they are funneled through the recipient government. Any "aid" that is subsequently passed down to the poor of developing countries is secondary and incidental; the recipient country's government decides where and how much money actually reaches its citizens. Because corruption runs rampant throughout much of the developing world, vast sums of aid are embezzled3 or consumed by government employees.4

The most conspicuous result of subsidies is the dependence of the recipient countries upon the benefactor. Loans and grants are tied to the incidence of poverty and because of this, leaders of third world countries can assure financial transfers only by staying within the loan/grant criteria. This creates a perverse incentive for government bureaucrats to keep their nation in poverty. Raising the living standard of their people would require freeing the economy and a consequent loss of political power. Foreign aid provides socialist leaders the means to remain in power, impoverish their country and get paid while doing it. More often than not, it is a taxpayer-funded bailout of corrupt, socialist dictators around the globe.

The case of North Korea highlights the perils that government subsidies engender. Throughout the 1990's, the United States funneled billions of taxpayer's dollars into the North Korean government's coffers. Aid in food and oil helped support and extend the life of a moribund dictatorship. Korean leaders quickly became adept at extracting aid in return for more central planning and communism. The recent nuclear blackmail by North Korea has sparked yet another round of "aid" negotiations.5 The United States will most likely buy-off the North Korean government once again, and this outpost of Stalinism will prolong its existence and the continued misery for its populace. For Kim Il Jong, foreign subsidies offer the only hope for political survival.

In Zimbabwe, the US Agency for International Development (USAID) estimates that foreign "assistance" accounts for close to 15% of its GDP. This creates extensive opportunities for rent seeking and what Peter Bauer calls "the politicization of poverty". Zimbabwe's dictator, Robert Mugabe, uses the distribution of food, a "gift" from foreign nations, to reward allies and punish enemies, thereby solidifying his power. As the International Crisis Group stated last October, the Zimbabwe regime was "blatantly using food as a political weapon against opposition supporters."6

Recognizing the failures of outright grants, international lending organizations, such as the IMF and the World Bank, began in the early 1980s to offer loans contingent upon changes in policy, or what became known as "adjustment lending." These loans were an attempt to induce structural changes that would promote growth, all the while offsetting the loss in private commercial lending that fled in response to various political and economic instabilities.

Twenty years of adjustment lending have proven to be a failure. As former World Bank economist William Easterly notes, "The loans were there, but too often the adjustment was not. This indiscriminate lending created poor incentives for making the reforms necessary for growth."7 Since the loans are given only to countries mired in poverty, the World Bank and IMF began to subsidize poverty. Indeed, they reward poverty. Leaders of poor nations who had not already enacted market reforms, despite the destitution of their populations, were obviously not interested in the welfare of the people. Putting them on the dole changes rewards the status quo.

Even though loans are ostensibly tied to structural changes, incentives within the lending agencies permit the continuance of subsidies despite the lack of any tangible reform. Employing an army of economists and administrators, government agencies like the IMF, the World Bank and USAID view success solely in terms of amounts given in aid and loans. The IMF alone employs 2,633 individuals, an increase of 54% since 1980, all working to legitimize their existence.  As a former vice president of personnel at the World Bank bluntly states, "Public proclamations to the contrary, poverty reduction is the last thing on most Work Bank bureaucrats' minds."8

A good case can be made against foreign aid simply by perusing the official documents and reports published by government lending agencies themselves. In a recent World Bank statement calling for increased funding, the World Bank candidly remarks, "While the former Zaire's Mobuto Sese Seko was reportedly amassing one of the world's largest personal fortunes (invested, naturally, outside his own country), decades of large-scale foreign assistance left not a trace of progress. Zaire's (now the Democratic Republic of Congo) is just one of several examples where a steady flow of aid ignored, if not encouraged, incompetence, corruption, and misguided policies." (Emphasis added)9  Of course, the report continues on to issue a clarion call for increased government spending on aid and other forms of foreign "assistance."

The theme of under-funding runs rife throughout these reports. The above mentioned World Bank paper chastises the United States, where "aid was a mere .08 percent of GNP in 1997."10 Sweden and other Nordic countries, the report goes on to say, are more "generous," "giving almost 1 percent of GNP."

First, it should be no surprise that the Nordic welfare states are more inclined to export dependency to other countries. Second, the World Bank's notions of "giving" and "generous" are curious, at best. The confiscation of a mere .08% of private citizen's incomes, only to dole it out to various socialist regimes might not strike some as "giving."

Moreover, the report fails to mention the total amount of aid given. In 1996, a year before the report was written, the "generous" Swiss gave a total of $1.9 billion in direct assistance to developing countries. In munificent Finland, a little over $408 million was doled out. The United States, however, contributed a mere $9.3 billion for developing countries.

Missing from the discussion over aid is the role of private property and its corollary, economic freedom. According to the 2002 Economic Freedom of the World Report, countries in the top quintile for economic freedom experienced a GDP per capital growth rate of 2.56% in the period 1990-2000. Conversely, the bottom quintile grew at   -.85% over the same period.12

Redistributing wealth from rich to poor does little to ameliorate effects of poverty. Allowing citizens to create and keep their own wealth requires something few third world dictators would welcome: the abdication of political power and the embrace of capitalism.

Although the bureau-speak is different, the geographical scale larger, and the amounts of money greater, foreign aid (in whatever form it takes) differs from welfare in name alone. Its reliance on government coercion increases the politicization of poverty. Incentives for work, savings, investment and entrepreneurship are crushed and the status quo is rewarded.  While its original intention may have been noble, its process is corrupt and has degraded aid into a grab bag of government handouts.

In this respect, there is one foreign aid policy that is sure to alleviate endemic poverty throughout the world: translate the works of Bastiat, Mises, Bauer, Hayek and into the languages of less developed countries and airdrop them onto their city streets.