GET NEWS AND ARTICLES IN YOUR INBOXPrint
A
A
Home | Mises Library | Floyd Arthur 'Baldy' Harper, RIP 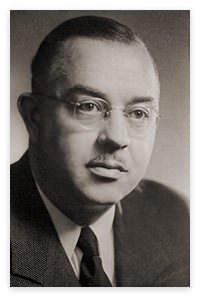 [First published in The Libertarian Forum, May, 1973.]

On the evening of Saturday, April 21, Dr. F.A. "Baldy" Harper died suddenly, of a heart attack, at the age of 68. To say that Baldy's death is an irreparable loss, personally and in every other way, to the libertarian movement, would be a masterpiece of understatement. Ever since he came to the Foundation for Economic Education in 1946 as its chief economist and theoretician, Baldy Harper, in a very real sense, has been the libertarian movement. For all these years, this gentle and lovable man, this wise and Socratic teacher, has been the heart and soul and nerve center of the libertarian cause.

I had the privilege of meeting Baldy in the winter of 1946–47, and from that first meeting, he became my first dear friend and mentor in the libertarian movement. And I was scarcely an isolated example. For years before and ever since, Baldy Harper carried on an enormous and inspiring correspondence, seeking out all promising libertarians, encouraging any signs of their productivity, by his wise teaching and example developing a large and devoted following of friends and students. The thought of never again receiving one of Baldy's famous cryptic and allusive hand-written notes is almost enough to move one to tears. The last letter I had received from him, a brief week or two before his death, was typical: a glowing note about his discovery of a brilliant young mathematics professor who is anxious to move into the field of Austrian economics and to refute the fallacies of orthodox mathematical economics.

It was Baldy's burden, which he bore with his usual uncomplaining grace, that he was a member of a veritable "lost generation" from the libertarian point of view. In the late 1940s, there were some libertarians and free-market economists of the Ludwig von Mises generation or slightly younger: men then in their 60s, such as Mises, Fred Fairchild, Willford I. King. And there were a few of us youngsters coming up. But in his vital "middle generation", there was only Baldy: all of the other intellectuals of his day were leftists and statists. And so Baldy simply set out, in his quiet and gentle way, to create a body of students and followers. In those early days at FEE, for example, almost every staff member had been brought into the movement by Baldy: W.M. Curtiss, Paul Poirot, Ivan Bierly, Ellis Lamborn, all students of Baldy at Cornell. Baldy was indeed a notable inspiration and guide for young people, and his followers are now everywhere in the libertarian world. There were scarcely any of us touched by his special magic who did not come to love Baldy as a mentor and a friend.

Baldy and I came to anarchocapitalism from laissez faire at about the same time, driven by inexorable logic, in what for us was the memorable winter of 1949–50. I vividly remember one time I was visiting him at FEE and he quietly pulled out a copy of Tolstoy's anarchist Law of Love and the Law of Violence, which he confided that "some of us are now reading with great interest."

Baldy in those days contributed some vital works to the libertarian literature; perhaps the most memorable was his great antiwar pamphlet, In Search of Peace, and his magnum opus, Liberty: A Path to its Recovery, which brought to libertarian theory an abiding concern for human variety and diversity which reflected Baldy's lifelong interest in the "hard" and the biological sciences. But Baldy's abiding passion was a deep concern for strategy, for the development of a strategic theory and practice for the libertarian cause. It was out of this concern for strategy that Baldy developed his lifelong dream, his vision of the course which libertarians must take for ultimate victory. He saw that the nub and the heart of libertarian strategy must be ideas and scholarship, that activism could never succeed unless informed by a body of ideas and research on the deepest and most advanced levels. Baldy's great vision was to guide and develop a body of libertarian scholarship and research.

In pursuit of this dream, Baldy Harper moved in 1958 to the William Volker Fund, of Burlingame, California, which had been engaged in the vital task of discovering and sponsoring libertarian and allied scholars in all related fields and disciplines, and in aiding and publishing their work as individuals, completely separate from their universities or from such Establishment agencies as the Social Science Research Council. The Volker Fund concept — of discovering and aiding libertarian scholars, and of bringing them together in meetings and conferences — was an unsung task of enormous importance which developed and held together libertarian scholars during the lonely years of the 1940s and '50s.

By the end of the '50s, Baldy saw the importance of establishing the Volker activities on a permanent, funded basis; and he moved to transfer the bulk of the Volker funds to a new Institute for Humane Studies, which would expand the Volker concept and would provide a permanent home for libertarian fellowships, scholarship, conferences, and publications. An endowed IHS would have been of inestimable and incalculable value for the libertarian cause, and the fulfillment of Baldy's lifelong dream. Then, in 1962, just at the point of consummating the new IHS, for various personal and ideological reasons the Volker Fund collapsed, and its funds were forever lost to the cause of libertarian scholarship.

Faced with this shattering blow, Baldy Harper never faltered; with unswerving and inspiring integrity, he determined to build the Institute for Humane Studies even without its promised endowment. Painfully, and at cost of great personal sacrifice, Baldy patiently, step by step, built up the institute. After nearly a decade of this slow and painfully wrought development, he was able to bring the IHS to the point where it could sponsor conferences, publish books and pamphlets, grant fellowships, and begin to fulfill the Harper dream of a center for libertarian ideas and scholarship.

If now, despite this grievous blow, we can continue to build the institute and see that it flourishes, we can build a monument to Baldy which I am sure he would cherish more than any other. It cannot replace this wonderful friend and teacher of us all; but it would be of enormous and indispensable value to the cause of liberty which Baldy held so dear and to which he devoted his life.