GET NEWS AND ARTICLES IN YOUR INBOXPrint
A
A
Home | Mises Library | The First Step to a Free Detroit: Let Them Work

The First Step to a Free Detroit: Let Them Work 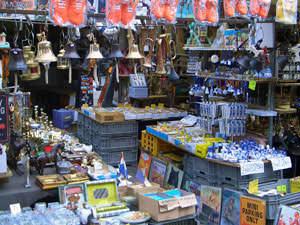 By himself an individual cannot exist much above subsistence level, if he can even manage that. However, larger groups who engage in peaceful cooperation develop a division of labor which allows each individual to specialize according to his comparative advantage, accumulate capital, and provide individuals in the group with goods and services that would be impossible for them to produce in a state of autarky.

Ludwig von Mises explained that the only real barrier to economic expansion and an improvement in the quality of life was the limited supply of labor, which puts a practical limit to the expansion of the division of labor. In other words, the larger the pool of labor, the more specialized the economy can become, which results in more goods and services per labor input and lower costs of production. Since the expansion of the division of labor is limited only by the size of the labor pool and given the irrefutable fact of man’s desire to improve his condition, there will always exist an unlimited demand for labor. There is always more work to be done than there are people to do it. Therefore, under free market capitalism there is no unwilling unemployment.

What unemployment we observe falls into two categories. There is willing unemployment as men eschew lower paying and/or distasteful (to them) jobs in the hope of landing one that pays more and/or meets their personal career objectives. Then there are those who are unemployed due to barriers that exist that prevent them from working. My earlier essay Declare Detroit a Free City revealed that the cause of Detroit’s problems is a lack of economic liberty, the most important being barriers to peaceful and cooperative employment.The first step in liberating Detroit from its chains is to allow people to work.

The greatest of these barriers to work are the myriad and complex laws that interfere in the ability for labor and capital to arrive at mutually agreeable terms of employment. Minimum wage laws should be the first to go, but also the many costly labor regulations that business must consider when hiring. Governments have been piling on costly mandatory benefits for employees as well as numerous regulations said to benefit employees, regardless of how these regulations and mandates destroy the demand for labor. Mises explained that business must take into account the total cost of labor, not just the wage cost. If business must pay for other benefits, then that cost must be added to the explicit wage cost to arrive at the real, total cost of labor, which reduces the overall demand as the costs go higher.

The entry level employees and younger workers, those who have less marketable skills and for whom labor laws are supposed to benefit, are the ones who are harmed the most by labor laws. These workers are locked out of the labor market by the inexorable laws of economic reality. If their skills provide business with less revenue than their total costs of employment, no business can employ them for long without running out of capital. Hence, such workers never get on the first rung of the ladder of any career. This is a tragedy not only for them, but for all of us since the expansion of the labor pool results in a greater division of labor, more goods and services per labor input, and lower costs of production. We all benefit from everyone else’s labor.

What might the ordinary people of Detroit achieve if all barriers to the free use of their labor were removed? What if taxes were eliminated, allowing workers to keep all of their pay, and not just that portion left over after multiple layers of government have skimmed off what they could? And what would result if regulatory barriers to productive work were eliminated?

Who knows? Maybe auto companies might eventually return to a free Detroit. The more capital is protected, the more capital will grow and the wealthier we all become, either through becoming capitalists ourselves or working for capitalists. Let us establish such a place in the most dysfunctional real estate market in America: the bankrupt city of Detroit. All our oppressors have to fear is our success.