GET NEWS AND ARTICLES IN YOUR INBOXPrint
A
A
Home | Mises Library | Financial Crisis: The Failure of Accounting Reform 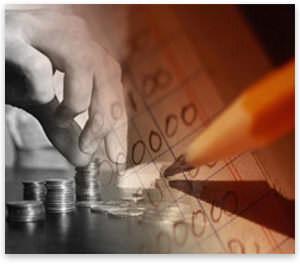 02/04/2009Jesús Huerta de Soto
The years of "irrational exuberance" that have characterized the current economic cycle have culminated in a profound crisis in both the banking system and financial markets, a crisis that threatens to trigger an acute, global economic recession. A central feature of the recent period of artificial expansion was a gradual corruption, on the American continent as well as in Europe, of the traditional principles of accounting as practiced globally for centuries.

To be specific, acceptance of the International Accounting Standards (IAS) and their incorporation into law in different countries (in Spain via the new General Accounting Plan, in effect as of January 1, 2008) have meant the abandonment of the traditional principle of prudence and its replacement by the principle of fair value in the assessment of the value of balance-sheet assets, particularly financial assets.

In this abandonment of the traditional principle of prudence, a highly influential role has been played by stock brokers, analysts, investment banks (fortunately now on their way to extinction), and in general all parties interested in "inflating" book values in order to bring them closer to supposedly more "objective" stock-market values, which in the past rose continually in an economic process of financial euphoria.

In fact, during the years of the "speculative bubble," this process was characterized by a feedback loop: rising stock-market values were immediately entered into the books, and then such accounting entries were sought as justification for further artificial increases in the prices of assets listed on the stock market.

In this wild race to abandon traditional accounting principles and replace them with others more "in line with the times," it became common to evaluate companies based on unorthodox suppositions and purely subjective criteria that in the new standards replace the only truly objective criterion (that of historical cost). Now, the collapse of financial markets and economic agents' widespread loss of faith in banks and their accounting practices have revealed the serious error involved in yielding to the IAS and their abandonment of traditional accounting principles based on prudence, the error of indulging in the vices of "creative," fair-value accounting.

It is in this context that we must view the recent measures taken in the United States and the European Union to "soften" the impact of fair-value accounting for financial institutions. This is a step in the right direction, but it falls short and is taken for the wrong reasons.

Indeed, those in charge at financial institutions are attempting to "shut the barn door when the horse is bolting"; that is, when the dramatic fall in the value of "toxic" or "illiquid" assets has endangered the solvency of their institutions. However, these people were delighted with the new IAS during the preceding years of "irrational exuberance," in which increasing and excessive values in the stock and financial markets graced their balance sheets with staggering figures corresponding to their own profits and net worth, figures that in turn encouraged them to run risks with practically no thought of danger.

Hence, we see that the new standards act in a procyclic manner by heightening volatility and erroneously biasing business management: in times of prosperity, they create a false "wealth effect" that prompts people to take disproportionate risks; when, from one day to the next, the errors committed come to light, the loss in the value of assets immediately decapitalizes companies, which are obliged to sell assets and attempt to recapitalize at the worst moment, i.e., when assets are worth the least and financial markets dry up.

Clearly, accounting principles that, like those of the IAS, have proven so disturbing must be abandoned as soon as possible, and all of the accounting reforms recently enacted (specifically the Spanish one, which came into effect January 1) must be reversed. This is so not only because these reforms mean a dead end in a period of financial crisis and recession, but especially because it is vital that, in periods of prosperity, we stick to the principle of prudence in valuation — a principle that has shaped all accounting systems from the time of Luca Pacioli at the beginning of the 15th century to the adoption of the false idol of the IAS.

In short, the greatest error of the accounting reform recently introduced worldwide is that it scraps centuries of accounting experience and business management when it replaces the prudence principle, as the highest ranking among all traditional accounting principles, with the "fair-value" principle, which is simply the introduction of the volatile market value for an entire set of assets, particularly financial assets.

This Copernican turn is extremely harmful and threatens the very foundations of the market economy for several reasons.

First, to violate the traditional principle of prudence and require that accounting entries reflect market values is to provoke, depending upon the conditions of the economic cycle, an inflation of book values with surpluses that have not materialized and which, in many cases, may never materialize. The artificial "wealth effect" this can produce, especially during the boom phase of each economic cycle, leads to the allocation of paper (or merely temporary) profits, the acceptance of disproportionate risks, and, in short, the commission of systematic entrepreneurial errors and the consumption of the nation's capital to the detriment of its healthy productive structure and its capacity for long-term growth.

Second, we must emphasize that the purpose of accounting is not to reflect supposed "real" values (which in any case are subjective and which are determined and vary daily in the corresponding markets) under the pretext of attaining a (poorly understood) "accounting transparency." Instead, the purpose of accounting is to permit the prudent management of each company and to prevent capital consumption, by applying strict standards of accounting conservatism (based on the prudence principle and the recording of either historical cost or market value, whichever is less), standards that ensure at all times that distributable profits come from a safe surplus that can be distributed without in any way endangering the future viability and capitalization of the company.

Third, we must bear in mind that market value is not an objective value: in the market, there are no equilibrium prices that a third party can objectively determine. Quite the opposite is true; market values arise from subjective assessments and fluctuate sharply, and hence their use in accounting eliminates much of the clarity, certainty, and information balance sheets contained in the past. Today, balance sheets have become largely unintelligible and useless to economic agents.

Furthermore, the volatility inherent in market values, particularly over the economic cycle, robs accounting based on the "new principles" of much of its potential as a guide for action for company managers and leads them to systematically commit major errors in management. Moreover, if this state of affairs is serious for a financial institution, it is much more so for any of the small and medium-sized enterprises, which make up 90 percent of the industrial base.

Fourth, we must remember that the abolished accounting standards already stipulated that in the additional notes of the annual report, stockholders be informed as of a certain date of the market value of the largest assets; but this in no way affected the stability nor the traditional principles of prudence demanded by any accounting assessment of the different entries in the balance sheet. Furthermore, the accounting standards abolished were prudent and anticyclic, and they allowed for provisions to cover all sorts of contingencies, provisions sadly missing now.

Just as "war is too important to be left to the generals," accounting is too vital for the economy and everyone's finances to have been left to the experts, whether they be visionary professors, auditors eager to strengthen their position, analysts, (ex-)investment bankers, or any of the manifold international committees. All have been as arrogant in the defense of their false science as they have been ignorant of their role as mere sorcerer's apprentices playing with a fire that has been on the verge of provoking the most severe financial crisis to ravage the world since 1929.