GET NEWS AND ARTICLES IN YOUR INBOXPrint
A
A
Home | Mises Library | The Fed, Then and Now

The Fed, Then and Now 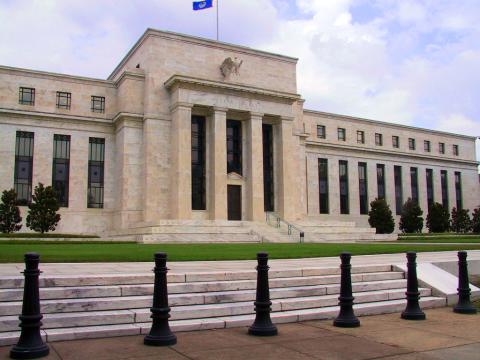 Today, it is taken for granted that the Federal Reserve System's role is to manage the economy with the crook of monetary policy, as shepherds leading a flock to greener pastures. Therefore, Fed Governor Bernanke could state in a  recent speech, "The ultimate objective of monetary policymakers is to promote the health of the U.S. economy, which we do by pursuing our mandated goals of price stability and maximum sustainable output and employment."  He could expect no heckles and received none for beginning his speech with what he probably thought was self-evident wisdom.

It was not always thus. The Federal Reserve of today would not be recognizable to its founders in 1913. The change is so dramatic it is worthy to briefly compare them. It also illustrates the sure way in which governmental bodies evolve to consolidate and expand their power through the years.

The establishment of the Federal Reserve followed lengthy debates and disputes. Central banking was a topic the Congress of 1913 approached gingerly. America had its experiments with early forms of central banks and had repelled them. Interesting to note, too, that the initial charter of the Federal Reserve was good for only twenty years. Permanence was not established until the McFadden Act in 1927. The mistrust of government power still lingered in the air, though its scent was not as strong as it had been in prior generations, it was certainly much thicker than in the climate of warmed over socialism that permeates today's governmental chambers.

Despite this, the act itself was vague in its purpose as most creations of political compromise tend to be. The essential feature of the Federal Reserve System, though, was its ability to pool the gold reserves of many banks and thereby make it easier for national member banks to issue notes. In simple terms, the Fed would allow banks greater freedom to inflate by giving them greater flexibility in skirting the restraints of the older gold standard.

In pre-Fed days, banks had to protect themselves against runs. They had to be careful of the amount of notes they issued and they protected themselves by carrying gold reserves. If a bank experienced a crisis, it had to find additional gold reserves by borrowing them from other banks—often at very high rates of interest. Problems emerged when you had economy-wide runs and all the banks tried to increase their holdings of gold at the same time. In the panic of 1907, for example, call money rates exceeded 100% (on an annual basis) on October 24 at the depth of the crisis. Many banks in cases like this would simply fail.

Bankers found this arrangement uncomfortable, since it crimped their ability to make profits—which they did primarily by inflating the currency. The Fed, then, was to be their safety net. The banking cartel was born. As Rothbard discusses in his A History of Money and Banking in the United States, the nation's financial elite mainly pushed for the creation of the Federal Reserve. They saw it as a "cartel device to enable the nation's banks to inflate the money supply in a coordinated fashion, without suffering quick retribution from depositors or noteholders demanding cash."

The Fed's early duties included the purchase and sale of gold (thereby influencing interest rates and money supply), the centralization of the banking system's gold reserves as discussed above, and acting as the lender of last resort, among other lesser activities.

Alan Meltzer, in his mammoth A History of the Federal Reserve, writes, "The Federal Reserve had little discretion. The founders intended the gold standard to work automatically…the rules of the gold standard limited the range within which they could set the discount rate."  It was, at the outset, a small institution with little of the power and prestige that accompanies it today.

The simplicity of the Fed's early existence did not last. Like a weed with a foothold in a garden, its expansion was inevitable. Indeed, prime fertilizer lay right around the corner. Wars and the great expansion in the scope and power of government during the first half of the twentieth century gave the central bank a more prominent place in the financial affairs of the country. By mid-century the Federal Reserve System had become a bona fide central bank with headquarters in Washington. The old semiautonomous nature of the reserve banks, like the semiautonomous nature of the individual states, fell increasingly under the leaden authority of the federal government.

By mid-century, the Federal Open Market Committee was in full swing, purchasing and selling government securities. The Board of Governors had final say over monetary policy. Gold was no longer as important. "The system's founders would not have liked or even recognized the Federal Reserve that existed in 1951," Meltzer opines, to say nothing of what they would have thought of the Federal Reserve of 2003. "Activist policies based on collective judgment, determined money, interest rates and prices. A small, mostly passive institution had become the most important central bank in the world."  A most unfortunate turn of events, for the dollar and for America's savings, and for economic progress in general.

As readily as Bernanke identifies himself with the "mandated goals of price stability and maximum sustainable output and employment," his predecessors would likely have been just as quick to disassociate themselves with those very ideas. According to historian Meltzer, "Stable growth was not part of the Federal Reserve's formal mandate in the early years. Most of the System's leadership would have denied any responsibility for economic activity or employment."  Perhaps they were wiser men, refusing to accept responsibility for something they could only muck up. Maybe they were more interested in making money as bankers. The Fed, they saw, made banking a more comfortable profession. By comparison, today's Fed Governors appear either as hapless fools or very brave. Or perhaps they are doubly cunning, earning a living while fooling their employers—the tax paying public.

Gold was the most prominent feature of the monetary scene prior to the dark winter of 1913. A man could not talk about money without mentioning gold. The new institution was expected to follow gold standard rules, its founders had thought. Gold movements, it was thought, would still determine long-run price changes. How wrong they would be.

The disappearance of gold from the monetary scene is perhaps the most tragic economic calamity to befall the world of money in the twentieth century. Views on gold in the first two decades of the twentieth century compared to those held today could scarcely be more different.

Gold as money used to be a consensus view. In what sounds strange to modern ears, Meltzer writes "Central bankers and most economists in the 1920s regarded the gold standard as essential for monetary stability."

Although, as Rothbard warns us, the support of the gold standard by various bankers and economists was, in some cases, not a genuine support of hard money per se. It was as much an expression of support for a monetary system in which they expected to exercise better control. In Rothbard's words, many of the financial elite "…wanted to press on to use the gold standard as a hard-money camouflage behind which they could change the system into one less nakedly inflationist than populism but far more effectively controlled by the big-banker elites."

The darkening forces of inflationists gathered strength, too, in the world of ideas. Spurred on by Keynes, old discredited ideas dressed up in new snappy apparel gained converts. The consensus view melted away with the gradual dissemination of Keynesian ideas in the 1940s. Activist policy was in; gold orthodoxy was out. The seeds of the great inflation of the 1970s had been planted.

Today the dollar, not gold, is the world currency. But for how much longer?  History gives us no example of a longer lasting paper currency than the dollar, which has been freed from gold shackles since Nixon's closing of the gold window in 1971. That spelled the end of the Bretton Woods agreement, which had been the world's monetary system since 1944. By the standards of paper money, the dollar is growing long in the tooth. What will be next? When? No one knows the answer.

The Fed's evolution too, seems to have reached its limit. What more can it do?  Suffice to say, as this brief historical sketch shows and as all governmental bodies have done, it will find something to do unless it is stopped. Laws and rules will not contain it. History has shown how far it has strayed from its original form. It needs to be pulled by the roots, its charter revoked and its employees sent into the marketplace to find gainful employment. Money will then be returned to the market from whence it came, its best steward and ablest protector, with durable money the end result.