Fed Could Delay Tapering Until After December 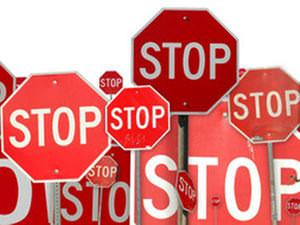 Most policymakers are of the view that the U.S. economy is not strong enough to generate self-sustained economic growth. Hence it is held the economy still requires support from the Fed.

If Fed policymakers were to decide to taper bond purchases, most experts are of the view Fed policymakers are likely to announce that the U.S. central bank is going to keep its near-zero interest rate policy for a prolonged period of time. This, it is held, should prevent negative side effects coming from the reduction in bond purchases.

For instance, in 1994 when the Fed started a tightening cycle the federal funds rate rose from 3.05 percent in January 1994 to 6.04 percent in April 1995. This, it is argued, caused a sharp fall in the pace of economic activity. The yearly rate of growth of industrial production fell from 7 percent in December 1994 to 2.7 percent by December 1995.

We suggest that it is changes in money supply rather than changes in interest rates that drive economic activity as such. Interest rates are just an indicator, as it were.

A fall in the growth momentum of industrial production during December 1994 to December 1995 occurred on account of a sharp decline in the yearly rate of growth of AMS (our measure of money supply) from 13.7 percent in September 1992 to minus 0.3 percent in April 1995.

(Even if the Fed would have kept the fed funds rate at a very low level, what would have dictated the pace of economic activity is the growth momentum of AMS.)

So far in September, the growth momentum of the Fed’s balance sheet climbed to 30.6 percent from 28 percent in August. (Despite this massive pumping banks remain reluctant to aggressively expand lending.) In September banks were sitting on massive cash reserves of $2.2 trillion against $2.17 trillion in August and $2.4 billion in January 2008.

Consequently, the growth momentum of our measure of money supply AMS has visibly weakened. The yearly rate of growth stood at in September at 6.7 percent against 7.7 percent in August.

We suggest that irrespective of what the Fed is currently doing it will have very little effect on the economy at present and in the immediate future. Given a decline in the yearly rate of growth of AMS from 14.8 percent in October 2011 to 6.7 percent in September this year, we suggest this likely to depress economic activity going forward.

Again, this is likely to happen irrespective of the decision the Fed is going to take with respect to the tapering of assets purchases.

Based on the lagged growth momentum of AMS we expect that the yearly rate of growth of industrial production to fall to minus 1 percent by October from 2.7 percent in August.

Given the possibility of a sharp decline in economic activity on account of the fall in the growth momentum of AMS it is quite likely that Fed policymakers will decide to postpone the tapering of asset purchases also in December.

We need to add to all of this the possibility that the pool of real wealth might be currently in difficulties on account of the Fed’s reckless policies.

(The near zero interest rate policy has caused a severe misallocation of scarce real savings — it has weakened the wealth generation process and thus the economy’s ability to support stronger real economic growth.)

If our assessment is valid on this, we can suggest that a stagnant or declining pool of real wealth is likely to put more pressure on banks’ lending. Remember that it is the state of the pool of real wealth that dictates banks’ ability to lend without going belly up.