The Faults of Fractional-Reserve Banking 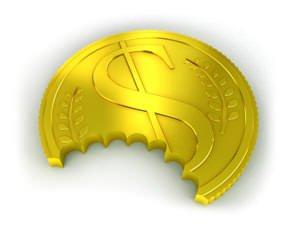 Among a number of mainstream-economics arguments leveled against the desirability and feasibility of the gold standard, Mr. Wolf puts forth a line of reasoning that can serve particularly well as a starting point for debating his position. Mr. Wolf writes,

Economists of the Austrian school wish to abolish fractional reserve banking. But we know that this is a natural consequence of market forces. It is wasteful to hold a 100 per cent reserve in a bank, if depositors do not need their money almost all of the time. Banks have a strong incentive to lend some of the money deposited with them, so expanding the aggregate supply of money and credit.

Austrians Do Not Call for Establishing a Gold Standard by Decree

To get the ball rolling, Austrian economists (in particular those in the Misesian-Rothbardian tradition) uncompromisingly call for replacing fiat money with free-market money — money that is produced by the free interplay of the supply of and demand for money.

Such a recommendation has a firm economical-ethical footing: free-market money is the only monetary order that is compatible with private-property rights, the governing principle of the free-market society.

The focus on private-property rights does not only follow from natural-rights theory (in the Lockean tradition), but it can be ultimately justified on the basis of the self-evident, irrefutable axiom of human action, as Hans-Hermann Hoppe has shown.1

Austrians therefore argue for privatizing money production, shutting down central banks, and letting the market decide what kind of money people want to use. Government wouldn't have to play any active role in the workings of a free-market monetary system.

One may hold the view that precious metals — in particular gold and silver, and to some extent copper — would be the freely chosen, universally accepted means of exchange. In other words, they could become money once people have a free choice in monetary matters.

However, Austrian economists wouldn't call for establishing a gold standard, let alone a gold standard with (government-sponsored) central banking: they would argue for free-market money, under which, presumably, gold would become the freely chosen money.2

As Hoppe, Block, and Hülsmann note, "any contractual agreement that involves presenting two different individuals as simultaneous owners of the same thing (or alternatively, the same thing as simultaneously owned by more than one person) is objectively false and thus fraudulent."4 A "fractional reserve banking agreement implies no lesser an impossibility and fraud than that involved in the trade of flying elephants or squared circles."5

"Fractional-reserve banking thus creates a legal impossibility: through bank lending, the borrower and the depositor become owners of the same money."

Arguing in favor of fractional-reserve banking would in fact be tantamount to saying that it is legal (or rightful or even lawful) that Mr. A does whatever he wishes with Mr. B's property — without requiring Mr. B's consent.

What, however, if the bank and the depositor both agree voluntarily that money deposits should be used for credit transactions via the issuance of fiduciary media? Even such a voluntary agreement would be in violation of the law of property rights.

While bank and depositor benefit from such a trade (or expect to), what about those who receive fiduciary media? They would be falsely lured into exchanging goods and service against an item (fiduciary media) that is already claimed as property by others — something the seller presumably wouldn't agree to if he had only known the very nature of the trade.

What if all market agents voluntarily agreed to engage in fractional-reserve banking? The conclusion above wouldn't change: voluntarily accepted fractional-reserve banking would represent a monetary system that is, by its very nature, in violation of the nature of the law of private-property rights. It would produce economic chaos on the grandest scale.

Fractional-Reserve Banking Has Not Emerged "Naturally"

To be sure, fractional-reserve banking is not, as Mr. Wolf notes, "a natural consequence of market forces." It is a result of, and has been upheld by, government law.

fractional reserve banks … create money out of thin air. Essentially they do it in the same way as counterfeiters. Counterfeiters, too, create money out of thin air by printing something masquerading as money or as a warehouse receipt for money. In this way, they fraudulently extract resources from the public, from the people who have genuinely earned their money. In the same way, fractional reserve banks counterfeit warehouse receipts for money, which then circulate as equivalent to money among the public. There is one exception to the equivalence: The law fails to treat the receipts as counterfeit.6

Under fiat money, banks' liabilities vis-à-vis clients (as far as demand deposits are concerned) are payable in the form of base money, or central-bank money — a type of money that can only be produced by (government-sponsored) central banks.

Central banks hold the monopoly over the production of base money. They can increase the base-money supply at any one time at any amount deemed politically desirable. It is the central bank that eventually determines whether or not banks can meet their payment obligations.

It may well be that the central bank decides, once a bank is called upon by its clients to pay out demand deposits in cash, to provide sufficient amounts of notes — by loaning them to the bank and/or by purchasing part of the bank's assets.

The essential point is, however, that banks that engage in fractional-reserve banking in a fiat-money regime create contractual obligations they cannot fulfill from the outset. Rothbard notes that

it doesn't make any difference what is considered money or cash in the society, whether it be gold, tobacco, or even government fiat paper money. The technique of pyramiding by the banks remains the same.7

The Uncomfortable Truth about Fractional-Reserve Banking

Austrian economists, and Ludwig von Mises in particular, have shown that fractional-reserve banking under commodity money necessarily causes economic problems on a grand scale. This is because banks then engage in circulation-credit expansion — that is, they issue money through lending that is not backed by real savings.8

Circulation bank credit is inflationary, and it causes economic disequilibria and overindebtedness of the private sector — in particular on the part of governments. It is also the very cause of the "boom-and-bust" cycle.

The latter, in turn, opens the door for ever-greater doses of government interventionism — regulations, nationalizations, price controls, etc. — that, over time, erodes and even destroys the very principles on which the free-market society rests.

For the sake of preserving prosperous and peaceful societal cooperation, the very opposite of Mr. Wolf's conclusion must hold true: namely that we can and will return to sound money, and the gold standard is one particular form that is fully acceptable from an economical-ethical perspective — if and when it is freely chosen by the people.