The Fantasy of Wealth Redistribution 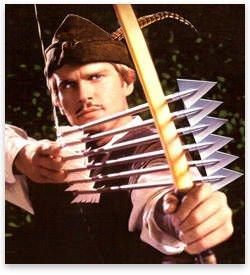 Reading Mises: The Last Knight of Liberalism has been a wonderful journey through the history of Austrian economics. Guido Hülsmann makes excellent introductions to economic issues that concerned Mises and the men of his time, making the topics a far easier read than one would imagine. Some of these issues are still thought provoking today, more than 100 years after their initial discussion.

In chapter 11, we see how Mises addressed the issue of the haves versus the have-nots. In particular, he distinguished between capital and consumer goods. Consumer goods largely benefit only one person at a time. A man enjoys the benefits of a particular shirt while he wears it. Capital goods yield benefits to a flood of consumers at once. Why, then, the Marxist fixation on state ownership of the power company when its customers have electricity? Mises notes that a customer does not need to own the plant to have electricity.

Mises helps us realize that the idea of attaining equality by redistributing wealth is a straight fantasy. You cannot redistribute consumer goods; how could millions of women wear the same fur coat, the same crown jewels, or the same shoes residing in Imelda Marcos's closet? How could millions of men fit into Hugh Hefner's hot tub? A loaf of bread cannot be spread endlessly among mouths.

As well, you cannot chop to pieces and spread among the people an oven — and still have a working oven. You must respect the integrity of all capital goods for them to function. A power plant would have to be ground up into atoms and divided into baggies to get equality.

Communists never successfully distributed wealth equally. This is inherent in the nature of wealth. Because wealth cannot be subdivided (only rights to wealth can) to the masses, they seized wealth for their own clique. Everyone else starved. This is how the integrity of wealth asserts itself when seized. Socialists do not fight over air; their infighting is over this radio station, that printing press, these tanks, or this bit of rancid meat. The redistribution of wealth is pure criminality and it demands further criminality after the seizure, like wolves fighting over a carcass, or thugs offing their accomplices.

And yet, hundreds of millions of people have thought that redistribution of wealth will lead to personal gain. Obama's redistribution of wealth brought economic destruction. When Obama waved the red flag and summoned the herd to the notion of spreading the wealth around, what did these people imagine? They could have realized that no wealth would exist, even if wealth were seized and meticulously redistributed — and if they had realized that, Obama would have been laughed off the stage. The difference between Obama being worshipped and being thrown out of the saloon is an electorate educated on this grain of Misesian thought.

Mises distinguished between capital goods and consumer goods in the redistributionist debate; this insight is valuable for us in our age. The socialist-calculation debate is long past, but the notion that wealth can be redistributed and still exist is not widely recognized as a contradiction. Smearing wealth around destroys it.

Capitalism results in the wider ownership of the means of production because private ownership is its hallmark. Only in a capitalist economy, where rights can be subdivided into shares and freely traded, can a wider ownership of capital goods sustain their character as wealth. Here, people voluntarily sell ownership; the new owner earns ownership to capital goods. There is an actual capitalist mechanism for this to happen. Almost anyone can buy a share in the means of production under capitalism. No one has to die. No blood is shed.

Where in socialism do you, oh peasant, lay claim to your part of the public schools, the postal service, or the prisons? There is no similar mechanism to illustrate your ownership of the nationalized steel mill, auto company, coal mine, bank, or national park — and there is not much of a mine or mill left after it is nationalized or burned down.

Take out private-property rights and wealth vanishes. We revert to the ravaging of the commons and to mutually assured destitution. That is what Obama and the market molesters are really about. Nationalized healthcare means "one nation, one needle" healthcare.

They don't believe the fantasy that redistributing wealth brings equality of results. They want you to believe it!

Lorenz Kraus is a 2009 MBA graduate of Rensselaer Polytechnic Institute. He is founder of the Tax Free City Project: Kisscoin.us. Kisscoin is a land ticket collectible used to start and fund the city. Kisscoin redeems for tax free land in the tax free city.