The Fantasy Behind Marx's Historical Materialism 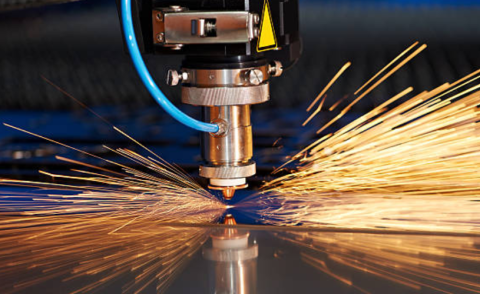 There is no place in his system where Marx is fuzzier or shakier than at its base: the concept of historical materialism, the key to the inevitable dialectic of history.

where n is any point of time. But then, the only way in which social change can take place is via change in technology, in which case

As Marx put it in the clearest and starkest statement of his technological determinist view of history, in his Poverty of Philosophy:

The first grave fallacy in this farrago is right at the beginning: Where does this technology come from? And how do technologies change or improve? Who puts them into effect? A key to the tissue of fallacies that constitute the Marxian system is that Marx never attempts to provide an answer. Indeed he cannot, since if he attributes the state of technology or technological change to the actions of man, of individual men, his whole system falls apart. For human consciousness, and individual consciousness at that, would then be determining material productive forces rather than the other way round. As von Mises points out:

We may summarize the Marxian doctrine in this way: In the beginning there are the "material productive forces," i.e., the technological equipment of human productive efforts, the tools and machines. No question concerning their origin is permitted; they are, that is all; we must assume that they are dropped from heaven.1

And, we may add, any changes in that technology must therefore be dropped from heaven as well.

Furthermore, as von Mises also demonstrated, consciousness, rather than matter, is predominant in technology:

a technological invention is not something material. It is the product of a mental process, of reasoning and conceiving new ideas. The tools and machines may be called material, but the operation of the mind which created them is certainly spiritual. Marxian materialism does not trace back "superstructural" and "ideological" phenomena to "material" roots. It explains these phenomena as caused by an essentially mental process, viz. invention.2

Machines are embodied ideas. In addition, technological processes do not only require inventions. They must be brought forth from the invention stage and be embodied in concrete machines and processes. But that requires savings and capital investment as well as invention. But, granting this fact, then the "relations of production," the legal and property rights system in a society, help determine whether or not saving and investment will be encouraged and discouraged. Once again, the proper causal path is from ideas, principles, and the legal and property rights "superstructure" to the alleged "base."

Similarly, machines will not be invested in, unless there is a division of labor of sufficient extent in a society. Once again, the social relations, the cooperative division of labor and exchange in society, determine the extent and development of technology, and not the other way round.3

In addition to these logical flaws, the materialist doctrine is factually absurd. Obviously, the hand mill, which ruled in ancient Sumer, did not "give you" a feudal society there: furthermore, there were capitalist relations long before the steam mill. His technological determinism led Marx to hail each important new invention as the magical "material productive force" that would inevitably bring about the socialist revolution. Wilhelm Liebknecht, a leading German Marxist and friend of Marx, reported that Marx once attended an exhibition of electric locomotives in London, and delightedly concluded that electricity would give rise to the inevitable communist revolution.4

Engels carried technological determinism so far as to declare that it was the invention of fire that separated man from the animals. Presumably the group of animals to whom fire somehow arrived were thereupon determined to evolve upward; the emergence of man himself was simply a part of the superstructure.

Even granting Marx's thesis momentarily for the sake of argument, his theory of historical change still faces insuperable difficulties. For why can't technology, which somehow develops as an automatic given, simply and smoothly change the "relations of production" and the "superstructure" above it? Indeed, if the base at each moment of time determines the rest of the superstructure, how can a change in the base not smoothly determine an appropriate change in the rest of the structure? But, again, a mysterious element enters the Marxian system. Periodically, as technology and the modes of production advance, they come into conflict, or, in the peculiar Hegelian-Marxian jargon, in "contradiction" to the relations of production, which continue in the conditions appropriate to the past time period and past technology. These relations therefore become "fetters" blocking technological development. Since they become fetters on growth, the new technology gives rise to an inevitable social revolution that overthrows the old production relations and the superstructure and creates new ones that have been blocked or fettered. In this way, feudalism gives rise to capitalism, which in turn will give way to socialism.

But if technology determines social production relations, what is the mysterious force that delays the change in those relations? It couldn't be human stubbornness or habit or culture, since we have already been informed by Marx that modes of production impel men to enter into social relations apart from their mere wills.

As Professor Plamenatz points out, we are merely told that the relations of production become fetters on the productive forces. Marx merely asserts this point, and never even attempts to offer a cause, material or otherwise. As Plamenatz puts the entire problem,

then, all of a sudden, without warning and without explanation, he [Marx] tells us that there nevertheless arises inevitably from time to time an incompatibility between them [the productive forces and the relations of production] which only social revolution can resolve. This incompatibility apparently arises because the dependent variable [the relations] begins to impede the free operation of the variable on which it depends. [The material productive forces.] This is an astounding statement, and yet Marx can make it without even being aware that it requires explanation.5

Professor Plamenatz has shown that part of the deep confusion is both generated, and camouflaged, by Marx's failure to define "relations of production" adequately. This concept apparently includes legal property relations. But if legal property relations were at fault in this dialectical delay in adjustment, thus setting up the "fetters," then Marx would be conceding that the problem is really legal or political rather than economic. But he wanted the determining base to be purely economic; the political and the ideological had to be merely part of the determined superstructure. So "social relations of production," allegedly economic, were the fetters; but this can only makes sense if this means the property rights or legal system. And so Marx got out of his dilemma by being so fuzzy and ambivalent about the "relations of production" that these relations could be taken either as including the property structure, as identical with that structure, or else the two might be totally separate entities.

The only possible coherent chain of causation, in contrast, is the other way round: from ideas to property rights systems to the fostering or crippling the growth of saving and investment, and of technological development.

Twentieth-century Marxists, from Lukacs to Genovese, have often tried to save the day from the embarrassment of the technological determinism of Marx and his immediate followers. They maintain that all sophisticated Marxists know that the causation is not unilinear, that the base and the superstructure really influence each other. Sometimes, they try to torture the data to claim that Marx himself took such a sophisticated position. Either way, they are characteristically obfuscating the fact that they have in reality abandoned Marxism. Marxism is monocausal technological determinism, along with all the rest of the fallacies we have depicted, or it is nothing, and it has demonstrated no inevitable or even likely dialectic mechanism.7