GET NEWS AND ARTICLES IN YOUR INBOXPrint
A
A
Home | Mises Library | Fairness with Your Coffee?

Fairness with Your Coffee? 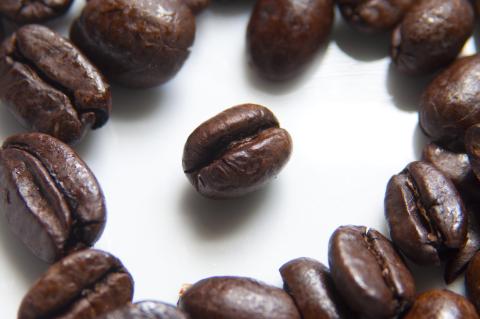 At my neighborhood supermarket the other day, I was at first puzzled, then a bit amused at the sight on the shelf of "Fair Trade Coffee." No, this isn't a catchy brand name like "Morning Call." This is, I found on inspecting the unusually wordy label in detail, coffee whose supplier claims to have overpaid the producers for it. By this is not meant, of course, having paid the producer whatever he asked, but rather, some (undisclosed) minimum price notionally above whatever the market price for beans at the time and place of sale is supposed to have been.

The section this remarkable product was offered in was, of course, between the section in which environmentally responsible (green) products are offered, and the one in which are offered those claiming to have been organically grown (or raised). It was, of course, far away from the shelves on which the "unfair-trade" coffee is offered, so, mumbling the price of the fair-trade coffee to myself like a forgetful imbecile, I trekked over to the place for the usual kind of coffee, and found a difference of over $1 per pound to give to the deserving campesino or such who grew that special coffee back on the other side of the store.

I was still shaking my head over this novel bit of stupidity the next morning (June 8, 2004), when I spied on the front page of the Wall Street Journal an article describing the traffic in "fair trade" coffee, bananas, and who knows what next? It seems this kind of thing has been going on for some years in Europe and, now, just like Keynesianism, is catching on west of the Atlantic. It seems, incidentally, that where the grower was collecting no more than a few extra cents a pound (or kilo — this is Europe, now), the retailer was found to be piling a dollar or more onto its already-ample profit. This, of course, is nothing more than the usual "charitable skim," as I call it — no different from a firefighter dipping into the boot he just shook at you while you waited for the traffic light — but it was found to dismay the gullible, er, I mean, faithful who bought the fair-trade coffee and soothed their overmonied consciences with its fragrant aroma in their kitchens.

Before going further, I'd like to make it perfectly clear that it is entirely within coffee-bean buyers' rights to pay any price, including an inflated price, they can get growers to agree to. And I consider it entirely within the rights of coffee consumers to buy coffee represented to have been so purchased at any price the retailer is willing to part with it for. This is all voluntary. There are no governments involved and so, as far as I can see, no coercion.

So, why does it rankle me so? Am I so intensely uncharitable that the charity of others bothers me, even when it costs me nothing? How very refreshing it is, after all, not having the taxman threatening me with the armed might of the state if I should shirk in paying his levy!

Well, this charity that I'm not party to does irk me when I see supermarket chains raking off a dollar for every quarter or less that supposedly goes to the impoverished growers. But no lies have actually been told, and the fools who buy this coffee should be free to be parted from their money in whatever ways they choose, although I admit I'd prefer they chose me to waste their riches on, rather than someone (anyone) else.

But worse, this is yet another Newspeak-style hijacking of the word, "fair," coupled here with "trade" that bothers me. Á la Bastiat, it's what is not seen that troubles me worst. Picture the buyer for fair-trade coffee traveling the cool uplands of Colombia or Brazil, ready to pay more than the going price for coffee. How does he choose which grower deserves our largesse? Well, a carefully crafted set of hints at the ugly truth may be found at, the Web site of TransFair USA, the US affiliate of the global FLO (Fair Labeling Organization).

For a more complete rendition, consult the Christian Science Monitor's article describing a grower (actually, a cooperative) in Nicaragua that can't gain even consideration from FLO for fair-trade certification because … they're too small! Not too small to sell their product at the lower, global, unfair price of about 55 cents a pound. Just too small to get the chance to pay the $2,431 it costs to join the club, and the $.02 per pound volume charge. That's right — you have to pay to get paid more. Where's the fairness in this trade? The answer, of course, is that it isn't trade; at best, it's charity, and more-realistically, it's the bureaucratic apparatus behind a marketing gimmick that's much, much less than it appears to be.

Perhaps, you might surmise, the matter would be improved if everyone bought only fair-trade coffee. Then, the whole crop would shower our beneficence on the coffee growers of the world, and there'd be none of this tawdry pick-and-choose. But then, the dismal economist in me realizes, there'd be outsize profits to be had in growing coffee, and more people and more land would enter the lucrative coffee business, and sooner or later, there'd again be more coffee even than all the coffee buyers in the world wanted to buy at the inflated prices they're all paying.

Coffee, tea, and cocoa are all staples of the Fair Trade movement, and like opium, they're drugs — the strongest drugs the grocer can sell without having to check for documentation of your age. As such, they have no nutritional value of their own, but plenty of political value, as events like the Boston Tea Party testify. Since they don't bear special taxes in the US such as those borne by alcohol and tobacco, private enterprise has once again leaped into this breach in the skein of government "services" and concocted its own means of fleecing the guilt-ridden.

Yes, Fair Trade marijuana could be the very next thing. The purpose of all this stuff, after all, is to make you feel good. Including — especially including — the Fair Trade. And speaking of drugs and governments, it seems that part of the global increase in the supply of coffee comes from Colombia, where government agents have "persuaded" growers of coca, the main ingredient of cocaine, to switch their cultivation efforts to the main ingredient of government-approved caffeine.

On my next visit to the supermarket, I gravitated with my typical masochism to the aisle in which fair trade reigns supreme and there, to my irresistible wonderment, I noted a demonstrator offering little paper demitasses of this virtuous brew with, no doubt, Fair Trade cream and Fair Trade sugar for those desiring. With neither the slightest intention to purchase nor the least pang of conscience, I lifted the noble liquid to my unworthy lips.

I found it rather bitter.