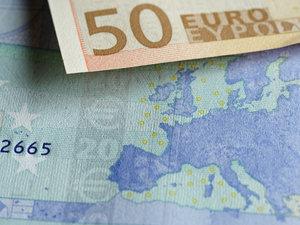 The European Central Bank (ECB) finally pulled the QE trigger by committing to purchase 60 billion euros of government debt and other assets every month until September of 2016 or until inflation gets closer to 2 percent.

The made-up excuse for this legal counterfeiting is that Europe is dangerously close to having (a very flawed) index of consumer prices drop below zero; as though calamity would strike Europe if the index were to register a negative number. The ECB claims it needs to print money because lower oil prices and — previous to that — a stronger euro were causing average prices to deviate from its 2 percent inflation target. It’s like having your supermarket run a 50 percent off sale on steak one weekend, and then having the ECB try to make all other prices in the supermarket go up so your total bill at the cash register goes up.

The 2 percent inflation was never meant to be a target, but a ceiling. The problem has never been too little printing but too much printing. Deflation has never been a real problem (see here, here and here), but bouts of inflation have regularly led to chaos and social upheaval.

The drop in oil prices is creating a change in relative prices that are part and parcel of a capitalist economy. Such changes are critical to guide resources and production in the direction of where they are most needed. They occur constantly and are not to be feared. They should be embraced as a necessary adjustment to guide limited resources to produce output that best meets society’s demand. A central bank interfering with the measuring stick of prices to alter absolute and relative prices to reach some non-meaningful target shows just how much mainstream economics has become nonsensical. By targeting an aggregate number, central banks distort individual prices and interfere with the efficient allocation of resources and goods and services.

But What About Deflation?

The reality is that deflation is being used as an excuse for the ECB to bail out spendthrift governments to save itself from the executioner’s ax. It recognizes that a break-up of the European Monetary Union is a forgone conclusion if current trends continue.

So what exactly is the purpose of this quantitative easing? It can’t be to spur investment or consumption spending by lowering interest rates. Such rates are already close to zero.

Is it to lower the value of the euro? Possibly, but this would go against the international unwritten rule that countries should not gear monetary policy to gain a competitive advantage through a devaluation of their currency. Also, the gain is likely to be small and very short lived, since nowadays exporters import many of their inputs, and labor unions are keenly aware of the inflationary impact of a depreciating currency.

Furthermore, such a policy begets retaliation. As Mises foresaw, "A general acceptance of the principles of the flexible (exchange rate) standard must therefore result in a race between the nations to outbid one another. At the end of this competition is the complete destruction of all nations’ monetary systems."

The only possible reason left is to generate some type of wealth effect. In other words, the goal is to make rich bankers richer at the expense of the middle class and the poor, so that the bankers’ extravagant lifestyles trickle down benefits to the rest of the economy.

CPI and GDP Targets Are a Mistake

Targeting the CPI or even nominal GDP is misleading. Mainstream economists, today, structure their policy advice on two fundamentally flawed hypotheses: the equation of exchange and the Cambridge equation. (See here). They should instead be using the original quantity theory of money.

According to this theory, the money supply is related (albeit not related by any fixed ratio) to the prices of all transactions. This includes anything money can buy: stocks, haircuts, bonds, refrigerators, housing, cars, paintings, coins, etc. Classical economists defined inflation as an increase in the money supply. However, if one wishes to accurately observe the economy-wide relationship between money supply changes and changes in prices, one needs to observe the prices of everything, and not just a few goods, as with the CPI. Of course, an index of all these prices is impossible. By focusing on the CPI, or even nominal GDP, economists have been looking at what they perceive is a healthy set of trees while the forest has been burning around them. As in the 1920s, between 2001 and 2007, and even today, a stable CPI is blinding central bankers to the distortive effects of their policies on all other prices.

The distortions have been massive, and the coming adjustments will be horrendous. If you had an employee who constantly screwed up and cost your company millions, wouldn't you fire him? Would you wait until his repeated mistakes led you to bankruptcy? It is time we had a serious discussion about developing a new monetary order: one without a central bank.