Ethanol and the Calculation Issue 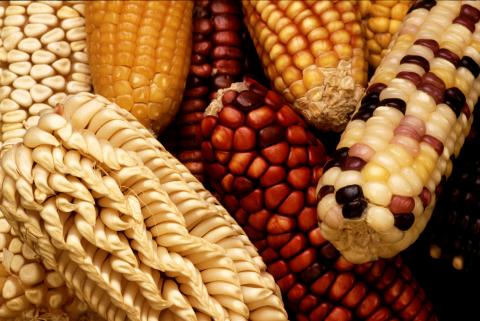 In 1978, Congress began a series of efforts to boost the production of  ethanol, an alcohol that American producers most commonly derive from corn. The idea was to produce a fuel in response to the energy crisis. The subsidies take many forms from vast income tax credits to companies that blend gas and ethanol to loan deficiency payments for the production of corn.

Like mohair, however, subsidies for ethanol have long outlived the original crisis. Congress recently passed a $12.3 billion energy bill, which President Bush soon signed into law August 8, 2005. In particular, this bill requires the use of 7.5 billion gallons of domestically produced fuels by 2012, which will ultimately increase the production of ethanol, or so the ethanol industry hopes.

The supporters of increasing ethanol production have presented their usual arguments such as how these bills create jobs in the Midwest (one estimate predicts Iowa's economy to grow five percent), provide better security and prices for farmers, and increase America's self reliance in terms of energy production.

If Henry Hazlitt were still alive he would no doubt point out that the state's creation of jobs in one sector comes at the expense of others. He could say this without even touching on the matter of whether national economic self-sufficiency is a desirable end.

Despite these arguments, let us draw attention to the calculation issue first raised by Mises. Mises argued that a pure socialist system will lack a market for the buying and selling of goods, especially capital goods, and thus no rational pricing system can exist. Central planners, therefore, could not accurately calculate profits or losses for production and any purely socialist system would ultimately degenerate into chaos.

Currently, America's heartland is experiencing similar calculation problems due to the federal government's subsidization of ethanol.

One small example will illustrate the complexities that critics and proponents of ethanol face in properly calculating fuel inputs as opposed to the final ethanol fuel output. It takes energy to mine the ore for steel. It also takes energy and fuel to make the steel for tractors and then produce and ship the tractors. Likewise, tractors certainly require fuel for their operation. The tractor calculations, however, say nothing about the energy costs required for the production and shipping of fertilizer or building ethanol plants.

In the end, the total energy costs outweighs the final energy production. In addition, recent studies undertaken by Cornell University and the University of California at Berkeley corroborate the claims of the inefficiency critics. These studies, however, have not quieted ethanol proponents who envision higher corn prices resulting from ethanol subsidies.

Fortunately, in regards to the calculation quandary economic theory does provide an answer. In an unfettered market, the demand for consumption goods induces entrepreneurs to steer production toward those areas where the sale of their product will bring a rate of return to their investment at or above the prevailing rate of interest. In turn, producers of consumption goods will bid for those capital goods of a higher order that they calculate will bring a return to their final product that also remunerates the investment. This buying and selling on the market creates prices for these goods, which allow producers to calculate the profit or loss of their operation.

Hence, farmers' will not employ capital goods like tractors, fuel, and fertilizer towards corn production because in the end it will result in a monetary loss. This similarly goes for tractor, fertilizer, and steel production. If entrepreneurs in the ethanol production sector do not accurately gauge an efficient and profitable way to employ their capital, their costs will soon outstrip their revenue and they will not produce in these sectors for long.

In the end, the federal government's subsidization of ethanol through various energy bills created the current debate over the efficiency of ethanol production. In an unregulated and unsubsidized economy, the market pricing system for ethanol consumption and the capital goods required in its production will soon signify if ethanol production represents an efficient and viable investment. Hence, the continual need for an ethanol subsidy implies that the latter criteria are not met in ethanol production.

Mises recognized the central importance of prices to production. Prices cut to the heart of the matter. They provide producers with the tools to determine how much of some input they will use and those inputs and production processes they will forego. Prices essentially signify whether an entrepreneur gains or loses in his or her area of production. Market distortions such as those that benefit ethanol draw producers into activities that are performed not for consumers but for meeting the rules and capturing the benefit.

Mises recognized that a purely socialist system would ultimately disintegrate into chaos because it lacks the ability to generate the guiding hand of prices. Likewise, the American government's continual interference in the energy market is doing its part to create chaos in terms of what energy source to produce. In an unhampered market, however, there is no controversy of calculation or production; there is no chaos. Or, applied to the current context, there would probably not be ethanol.