The "Entrepreneurial" State is Anything But 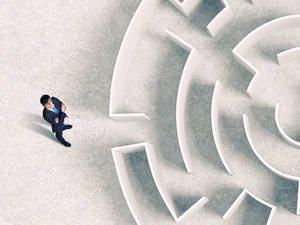 After the empirical failure of socialism in the Soviet Union, and the corresponding unpopularity of state control of the economy, left-leaning economists and politicos have increasingly turned to other justifications for state intervention into the economy, climate change being one particular example. Alternatively, one of the more “trendy” ways of justifying state interventionism has been a “dynamic” theory of the state. This theory might best be represented in Nobel Prize winner Joseph Stiglitz’s attempted revival of industrial policy, or in Mariana Mazzucato’s 2013 book entitled The Entrepreneurial State.

In this view, the State is thought of not as a “sluggish, bureaucratic, inertial, ‘meddling’” entity; rather, as a dynamic, entrepreneurial entity capable of directing funding and being a leading agent in developing technological breakthroughs that could drive a successful economy.

In The Entrepreneurial State, Mazzucato fails to offer any convincing theory as to how the so-called entrepreneurial state’s mechanism for determining the allocation of investment funds — the political or bureaucratic mechanism — is superior to the profit-loss mechanism in which market actors operate. Throughout her book, Mazzucato’s economic reasoning falters on one of the most basic axioms of economics, namely the broken-window fallacy. The broken-window fallacy, as Henry Hazlitt noted in 1946:

is the persistent tendency of men to see only the immediate effects of a given policy, or its effects only on a special group, and to neglect to inquire what the long-run effects of that policy will be not only on that special group but on all groups. It is the fallacy of overlooking secondary consequences.

The special groups referred to above by Hazlitt are those industries Mazzucato focuses her case studies on, most notably green energy and the solar and wind power industries. It is easy, but meaningless, to discuss the effects of policy in a positive light when one’s sole focus is on the industry being subsidized, in the case of green energy to the tune of billions of dollars each year. The unseen of these policy prescriptions, however, is what would have happened had these resources not been consumed by the inefficient green energy industry. No one can say where the funds would have ended up or how they would have been spent, but it is certainly true that by subsidizing green energy, it meant that the money was not available for other industries to grow and innovate; nor was it left in the pockets of taxpayers to decide where they wanted their money to go for themselves.

In all of the markets Mazzucato mentioned as ripe for state investment are due to private failure of the market system to provide this research, such as green energy and pharmaceuticals. Mazzucato fails to consider that it is the distortions caused by government interventions in these markets themselves that causethe “failures” of the market; this is the “unbroken leg” fallacy of Robert Higgs writ large:

This is the presumption, which underlies all sorts of state intervention, both macroeconomic and microeconomic, in the market system, that the participants in markets are perfectly capable of acting more productively but, owing to various “market failures,” are not doing so on their own and require state action to repair the situation. The fallacy is that this reasoning completely ignores the countless ways in which the state’s own intrusions and engagements in the economic system in effect “break the legs” of private-sector actors by distorting prices (including interest rates), penalizing productive actions, and subsidizing destructive actions. Having invaded the economic order like the proverbial bull in a China shop, the state’s kingpins ... blame “market failures” for the wreckage they themselves have created — an ever-changing hodgepodge of bad incentives.

Despite Mazzucato’s insistence that innovations, such as transcontinental railroads, were made possible by government promotion and subsidization that could not have happened otherwise — the “You Didn’t Build That” argument — historian Burton W. Folsom Jr., in his recent book, recounts how entrepreneur James J. Hill overcame all obstacles — including direct competition from government subsidized and managed competitors — to create a successful transcontinental railroad absent all of the nascent problems which had plagued the Union Pacific, Northern Pacific, and Central Pacific Railroads throughout their construction and (mis)management.

Unlike the federally-subsidized railroads, Hill had to make sure his track was built as efficiently and durably as possible while choosing paths for his track which would ensure there would be customers that would pay him to use his track. If there was a dearth of individuals residing in an area he was building his track through, Hill encouraged settlement through a combination of incentives.1 Government subsidies, on the other hand, fostered perverse incentives which subsidized inefficiency, thus ending up with profligacy and corruption surrounding the lines, finally entailing insolvency of the government transcontinentals.

Mazzucato mentions the Wright brothers in her book,2  but fails to mention that Wilbur and Orville Wright were able to outcompete the government-funded Samuel Langley — who was funded to the tune of $50,000 — using less than $2,000 of their own funds. Langley, despite being the front-runner in the race to fly and being heavily subsidized by the government, developed nothing of use (his aerodromes seemed to do little more than continuously nose dive into the river) and was bested by the two inventors from Dayton, Ohio who were using profits from a small bike shop to fund their flight experiments. Ironically, “The Boston Herald urged Langley to abandon flying machines and instead focus on submarines,”3 recognizing the persistent tendency of state directed or funded actors to fail due to their lack of sensitivity to market signals, such as the profit-loss mechanism.

History is replete with examples of entrepreneurs outcompeting the State. Markets are imperfect mechanisms, to be sure, but what must be remembered is that the alternative, government, is often far worse.

Tyler Kubik is a graduate research assistant in the Georgia State University Department of History studying 19th and 20th century US history.