GET NEWS AND ARTICLES IN YOUR INBOXPrint
A
A
Home | Mises Library | Endangered Species, Private Property, and the American Bison 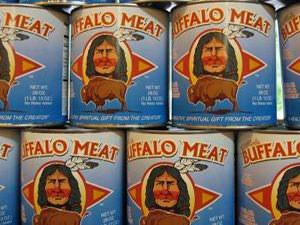 The political debate over what should be done about endangered species seems to be continuing without end. Calls are already emerging this year to place a multitude of species on the endangered list, including the emperor penguin, the Arizona toad, the African lion, as well as many others.

The current endangered species list of both plants and animals numbers over 9,000. This is considerably higher than the 78 different species mentioned under the original Endangered Species Preservation Act of 1966. Nearly 50 years later, 72 of these 78 species still remain on the list, with only 2 recovered, 3 extinct, and 1 removed due to an error in the data.

Since Richard Nixon signed the comprehensive Endangered Species Act of 1973, intended to “halt and reverse the trend toward species extinction, whatever the cost” (emphasis added), only 30 of these 9,000 species have actually recovered, with ten having gone extinct. This gives the Act, enforced by both the U.S. Fish and Wildlife Service (FWS) and the National Oceanic and Atmospheric Administration (NOAA), an abysmal success rate of less than 1 percent despite an average yearly budget of nearly $2 billion.

Also signed in 1973 by 80 different governments was the CITES treaty, designed to “ensure that international trade in specimens of wild animals and plants does not threaten their survival.” Examples are the illegal rhino horn and elephant tusk markets.

In a recent move that is likely to come as a surprise to many animal lovers around the world, the South African government is asking the international community to legalize the rhino horn trade as a means to save the animal and to fight poaching.

The justification for this is clear: by banning the sale of the horns and thus making them less available, the price for them has gone through the roof, creating incredible monetary incentives for poachers. Meanwhile, the rhino has been stripped of a major source of its value in legal markets, which has caused private owners of rhinos to question the profitability of providing heavily for the animal’s security.

Such perverse forces are at play regarding the entire endangered species list, as the very status “endangered” makes it near impossible to make any money from the animals.

Although some animal-protection activists no doubt abhor the idea of profiting from animals, making such profits illegal has clearly done nothing to protect those on the endangered list, as it appears that so few of these species will ever be delisted. It is far more likely that the only way to save them is through free markets and privatization, as was seen in the case of the American bison, also known as the American buffalo.

One major reason for the dramatic decrease in bison (buffalo) population figures from the tens of millions that lived in 1800 to only a few hundred living in the 1880s, is what economists call a tragedy of the commons.

When property is privately owned, there are incentives to save and conserve resources because of the possibility that a more opportune time for their employment may appear down the road. To the extent that such resources generate income for their owners, plans will be made so as to preserve them into the foreseeable future. In other words, an individual who sells buffalo products for a living will be in dire financial straits if the entire bison population is eradicated.

A tragedy of the commons situation emerges wherever there is common (public) access to property. Under such conditions, massive costs are imposed by attempting to save resources because after all, if you don’t use it, someone else will. The tragic aspect of common ownership then is that the resource in question becomes over utilized at unsustainable levels, as was seen with the un-owned (wild) buffalo.

For hundreds of years, the Native Americans hunted the buffalo for food and resources, but the human population was so small at this time that there were no concerns of endangering the animal.

Everything changed with the Industrial Revolution where not only was the American population massively expanding, but so was the demand for buffalo products. Of course most of the plains buffalo were located far enough west that this land was largely un-owned by whites, resulting in an indiscriminate slaughter; the years 1872 and 1873 alone recording more than 3 million bison killed.

Furthermore, the railroads assisted in this annihilation because buffalo herds were at one point so large that they were known to delay trains for days on end. This is another example of the commons problem — as was the increasing prevalence of “hunting for sport”: if the buffalo were privately owned, interfering with the railroads would constitute trespassing, a liability the bison owners would have an incentive to avoid.

The second major reason for the near extinction of the buffalo was state-controlled land and all of the moral hazards that accompany it.

Official federal government policy also helped speed the decline of the bison. In addition to the vast tracts of unsettled land, there were still considerable Native American populations calling the region home. The U.S. government, however, wanted this land for itself and proceeded to force the natives onto so-called “reservations.” War naturally broke out with the U.S. military. Led by the bloodthirsty General William Sherman, the U.S. military adopted a scorched-earth policy which included attempts to eradicate the bison herds from the plains.

But even disregarding such ill-intentioned people, those within the government that truly wanted to preserve the buffalo were unsuccessful too.

Although Idaho, Texas, New Mexico and other states passed laws similar to the Endangered Species Act, they often failed to do so before it was too late and the buffalo were already gone. In 1872 Yellowstone National Park was opened as a safe haven, but poaching still remained a substantial problem. Henry Yount, remembered for his time at Yellowstone as the first national park ranger, resigned after only 14 months on the job because he knew his efforts alone were hopeless.

Thankfully for the bison, Charles Goodnight, James McKay, William and Charles Alloway, as well as a host of other private ranchers began to scoop up wild buffalo throughout the 1860s and 70’s. From 1884 to 1902, the bison population in Yellowstone actually decreased from 25 to 23, but also by 1902, an estimated 700 were privately owned. This trend has continued for more than a century, as by the 1990s the ratio was 25,000 publicly-owned to 250,000 privately-owned bison.

Whether speaking of the South African government, the FWS and the NOAA, or the U.S. government in general, the continual failures to protect endangered species emerge as the result of an allocation problem.

Whereas private owners use basic accounting to determine if they are making profits or suffering losses, government activities are not subject to such constraints because the state is able to externalize its costs onto others through taxation. Private firms who displayed such an unbroken record of failure would have closed their doors years ago.

The bison experience shows us that not only are governments often responsible for putting many species in danger in the first place, but that their efforts at species preservation cannot match the success of private ownership.