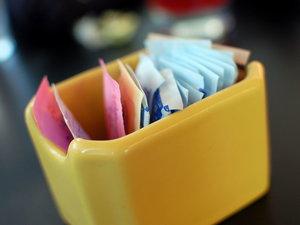 “Sugar Vs. Corn Syrup” reads the headline about legal wrangling between enablers of America’s sweet tooth. Big sugar accused big corn syrup of misleading the public with an ad campaign that it is “nutritionally the same as sugar,” asking for $1.5 billion in damages. Corn syrup producers had already sued for $530 million in damages, alleging that sugar producers falsely depicted corn syrup as less healthy than sugar.

No jury will determine a winner, however. The battling “Rock ‘em Sock ‘em” robots ended the trial by reaching a confidential settlement. Given that agreement was reached between the parties, the false-advertising sparring may be over. But that will not leave them as intense competitors in every other dimension.

A single reason explains the false-advertising rumble and its settlement, as well as their ongoing political alliance — sugar and corn syrup are substitutes.

Advertising that tarnishes just one benefits its nearest substitute. However, mutually tarnishing each other can hurt both. Putting an end to that process can explain a confidential settlement. But because they are substitutes for one another, anything that artificially boosts the price of one also benefits the other.

Those government intrusions have increased US prices of both sugar and corn syrup, raising profits artificially for both groups. But those hikes have driven many candy makers and the jobs they entail out of the US, harming those workers and their communities, with parallel effects for the other major sweetener users. The resulting higher prices have also harmed food consumers.

Rather than focusing on their tit-for-tat advertising contretemps, if we were interested in consumer well-being, we should learn from economist John McGee’s admonition that “what businessmen do to one another is much less significant than what they find it useful to do together to serve their common interests,” and focus on policies that benefit both sugar and corn syrup producers at the expense of consumers.

Such an approach would also make good use of Adam Smith’s far-earlier insight: