The Egregiously Destructive War on Drugs 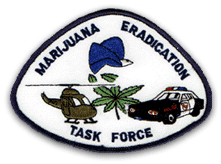 I personally find all currently illegal drugs loathsome; they stunt the mind, inhibit the body, and curtail productivity. I would never consume such substances myself, and I would advise others against doing so. Yet, compared to the adverse effects of their illegalization, the harm of drugs themselves is small indeed. Drug-taking is extremely unhealthy for the persons engaging in it, but not for anybody who abstains from it. The "War on Drugs," by contrast, harms everybody subject to a government that undertakes it. I have no sympathy for drug addicts; I wish to argue the case of the innocent, moral, productive people who have never used such substances in their lives but are nonetheless harmed by the coercive illegalization of drugs.

There are moral problems with drug-taking, but the ethical problems with the War on Drugs far exceed them. Let us presume that someone has decided to ruin his life by consuming harmful drugs. That decision alone would likely deny him the voluntary association of respectable people; these respectable people would thus not be damaged by any adverse consequences to the drug-taker's health, career, and personality. By the very fact of strongly disapproving of drug-consumption on a moral basis, one shields oneself from the adverse consequences of drug-consumption. This would be the case on a free market; the only damage from drug-taking would come to the drug addict himself — not to respectable others.

Yet this is not the case under a government-waged War on Drugs. The War on Drugs is waged with taxpayer money — which especially means the money of respectable, well-to-do people, who are taxed higher under the perverse "progressive" or punitive tax system. Thus, to regulate and thwart the activities of the addicts, the government expropriates substantial property from moral, productive people who do not even think about consuming illegal drugs. To punish the self-destructive, the government must also punish the self-improving and deprive them of the fruits of and the incentives for their self-improvement.

The War on Drugs is generous to drug addicts and punitive to all others; the drug addicts are arrested at others' expense and given "free" food and "free" lodging at government prisons — free to the imprisoned, that is, but paid for by the taxpayers. Why should moral people pay to sustain others for those others' immoral conduct? Why should the drug addicts be given state handouts and be spared the requirement to earn their own living on the free market? Prison conditions may be miserable, but they are granted to the drug addicts automatically — as a taxpayer-funded gift for having broken a silly law. Why should drug addicts deserve even poor-quality food and shelter for ruining their lives?

The War on Drugs harms innocent schoolchildren, who are at risk of being suspended or expelled by draconian public school administrators for bringing in sugar, salt, aspirin, or other "drug look-alikes."

In the inner cities, the War on Drugs harms anyone who does not engage in drug consumption; it subjects them to the tyranny of black-market drug gangs, which have by now usurped control of certain ghettoes. The government prohibits peaceful, overt trade in drugs, but it cannot legislate away demand for them. The demand persists, and some suppliers are still willing to satisfy it.

With supply artificially reduced by the government, potential profits are higher for those who manage to enter the black market for drugs — if they avoid government detection and arrest. The armed thug will be far more effective at dodging the law than the otherwise legitimate businessman, since the armed thug is unscrupulous about using any means necessary to achieve his aim. The thug's competitors and associates in the illegal drug trade will have no legal recourse if he wrongs them; they must either submit to his brute force or arm themselves in response.

Thus is created the environment of competing, heavily armed drug gangs — willing to murder to gain black market share. Such drug gangs are far more effective at seizing power than ordinary citizens; it should come as no surprise that the gangs should eventually begin to terrorize and extort even those not directly connected to the drug trade.

What opportunities would a poor but respectable resident of the inner city have to rise economically in such a climate? If he seeks employment, the armed thugs have driven out all legitimate businesses. He might be able to create a business of his own — if he pays the drug lords an occasional cut of his profits, which is likely to be more substantial than any government-imposed tax. Furthermore, while government bureaucracy may be frustrating, a bureaucrat will not shoot a citizen who displeases him on the spot. One's economic future in drug-gang-controlled areas is far more volatile than even under heavily interventionist and capricious but non-thuggish bureaucracies.

Most likely, the inner-city resident will not bother with the dangers of opening his own business or finding a productive job. Rather, he will be inclined to stay home, keep a low profile, receive his welfare check, and gradually disintegrate.

The War on Drugs restricts the mobility of virtually everybody, as the inner-city ghettoes are no longer safe for respectable, well-to-do people to even walk around in. The War on Drugs hurts everybody who has been robbed, mugged, or killed by the black-market gangs that the illegalization of drugs has created.

The War on Drugs fundamentally harms Americans culturally. By dividing the ghettoes into the drug gangs and the slothful welfare recipients who are too afraid to leave their homes, the government has inadvertently created the American ghetto culture: a culture of dissipation, vulgarity, insolence, indolence, foul language, deceit, promiscuity, brutality, and violence — indeed, an anti-culture. This culture is eagerly romanticized and popularized by the leftist mass media and damages the morals of many who indiscriminately absorb it. The War on Drugs has been indirectly responsible for the widespread decline in tastes in music, art, clothing, and lifestyles during the past half-century.

When compared to the expropriation of honest, productive citizens, the punishment of innocent children, the stifling of inner-city residents' opportunities and aspirations, the massive increase in crime and black-market activity, the restriction of territorial mobility, and the corruption of culture, the harms of drug consumption are slight indeed. Let the drug addicts ruin their own lives; it is their business, not ours. We may object morally to their conduct, but let us persuade — not coerce — them away from their pursuits. If we try coercion, we will only be imposing far greater harms on ourselves.

G. Stolyarov II is a student at Hillsdale College and contributor to Enter Stage Right, Rebirth of Reason, and Le Quebecois Libre, Senior Writer for The Liberal Institute, and Editor-in-Chief of The Rational Argumentator. Send him mail. Comment on the Blog.