Edward Snowden, the NSA, and the US Courts | Mises Institute
Skip to main content

GET NEWS AND ARTICLES IN YOUR INBOXPrint
A
A
Home | Mises Library | Edward Snowden, the NSA, and the US Courts

Edward Snowden, the NSA, and the US Courts 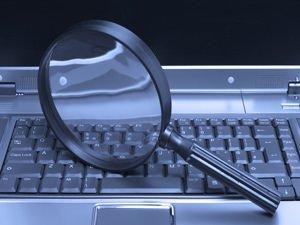 Many commentators following the NSA scandals have been eagerly awaiting the recommendations of the US government task force on the matter, and the proposed reforms to be implemented by President Obama to bring the spy agency under control. If you’re interested in this kind of thing, you can watch the president’s recent speech and nod your head approvingly when he talks about the “tradition of limited government” in the United States, and the constitutional limits his government is at pains to respect. Oh, and just for good measure, while you’re listening to this magnificent oration being replayed to you on YouTube, the NSA will be recording your internet browser history, or possibly even hacking your computer.1 If you decide to click on the “like” or “dislike” buttons at the bottom of the video, that little nugget of political information can be added to their “metadata” archives, along with the rest of your internet activities. In fact, in the 42 minutes it will take you to watch the president’s speech, the NSA will have hoovered up around 40 million records of internet browsing from around the world.2 Perhaps yours will be among them.

It is instructive to note that all of this will be done by the same government that operates under an explicit constitutional directive purportedly protecting people from “unreasonable searches and seizures” and specifying that “... no Warrants shall issue, but upon probable cause ... and particularly describing the place to be searched, and the persons or things to be seized.”3 Indeed, one of the most instructive aspects of the NSA scandal is the way the agency has succeeded, for an extensive period of time, in warding off legal challenges to the constitutionality of its surveillance programs. This is instructive from the point of view of libertarian theory, since it illustrates the degree to which the much-vaunted “checks and balances” within the State apparatus, highlighted in the recent Obama speech, are really illusory. In practice, the judicial and executive branches of government tend to act as a legitimizing mechanism for the actions of government agencies, with rare “checks and balances” and “reforms” coming only when the legitimacy of the system is under potent attack from some outside source.

The NSA has taken great advantage of the symbiosis between the executive and judicial branches of the State, having implemented long-running programs of lawless surveillance and phony judicial review. The modus operandi of the agency in these matters has been to hide behind various secrecy requirements which have been used to hamstring attempts at open judicial review, ensuring that scrutiny of its programs and their legal basis is kept away from the prying eyes of the public. This has included the use of secret courts, where other parties are not represented and are not privy to proceedings. It has also included the use of secrecy requirements in evidence controlled by the NSA, which prevents people from showing that they have standing to challenge the agency’s programs in court, or mandates that such matters are “state secrets,” beyond the scope of judicial review. And of course, it has also included an extensive regime of secret judicial rulings and secret “law,” with proceedings conducted behind a legal wall chiseled with those two ominous words: top secret!

In fact, the Obama speech on NSA reform is but a sideshow to the real cracks that are starting to appear in the NSA’s legal fortifications. More important is the recent preliminary ruling in the case of Klayman v Obama which has opened the actions of the NSA up to some long-overdue judicial scrutiny in the public courts. In the preliminary ruling in December, the US District Court for the District of Columbia found that the NSA’s mass collection of metadata, as shown in its own leaked documents, “most likely” violates the Fourth Amendment to the US Constitution. (Since this was a preliminary hearing, the judge was unable to make a more definite ruling at that time.4 In response to a preliminary application by plaintiffs seeking an injunction to stop the NSA from collection their metadata, Judge Richard Leon issued a scathing judgment against the NSA, dismissing several of its arguments as lacking common sense, and describing its mass surveillance technology as “almost-Orwellian.”5 The Klayman case was followed up almost immediately by a contrary ruling in ACLU v Clapper, where Judge William Pauley examined the same legal precedents and arguments and found that there is no constitutional protection against the mass collection of metadata by the NSA. The ruling relied heavily and uncritically on government reports on terrorist threats to the United States, and claimed that the NSA surveillance is crucial in combating terrorism.6

So there you have it, the system is now in action! Obama is promising reforms! The courts have stepped in! The judges are restless! All hail the finely constructed checks and balances! If all goes well, the plaintiffs in Klayman v Obama and ACLU v Clapper will have their final hearing in court, and the NSA will have their actions assessed against the strictures of the US Constitution. Obama is promising more judicial oversight, and a “public advocate” for the NSA court system. Hurrah!

But still, one is left with an uneasy feeling. After all, this is far from the first case in which plaintiffs have sought to challenge the legal basis of the NSA programs, and it is long since the time Obama first took command of the national security apparatus. So what has changed? Why are there now promises of new reforms? Why has there been a breakthrough in this case, but not in previous cases of the same kind? For seven years the NSA’s PRISM program was under the oversight of the same judiciary, and subject to the same “checks and balances” as now. For most of those years it was under the direction of the current president. Why is it that the program now ruled to be “most likely unconstitutional” in one case has been proceeding unimpeded for so long — under the very same system of “oversight” and “checks and balances”— and challenges from previous litigants have been shot down in flames in case after case?

Well, we all know what has happened to make such a difference — Edward Snowden happened! The one antidote for the previously-operating regime of secret “law” has been the leaking of classified documents from within the NSA, revealed to the public by this whistleblower and “lawbreaker.”7 Concerned that the NSA was acting contrary to the US Constitution, Snowden released a treasure trove of documents to the media, setting out the unlawful activities of the NSA, all verified in its own words. The Klayman case represents the first post-Snowden case against the NSA, a situation where the judiciary now has to come to terms with a hostile public, which is well aware of what is hidden behind the legal walls erected around the NSA. The recent Obama speech also represents the first major reaction of the US government to the prospect that it may receive an adverse constitutional ruling discrediting its pretensions to legal observance.

The Klayman case is quite a breakthrough. Many have rightly regarded the case as representing a major breakthrough in judicial oversight of the NSA, but to put it more accurately, it represents the beginning of judicial oversight. In previous cases of this kind the NSA has managed to ward off constitutional challenges to its surveillance programs by arguing that all would-be plaintiffs lack “standing” to sue, and by appealing to the classified status of its secret programs, and the privilege of “state secrets.” It has hidden behind a regime of secret judicial orders and rulings, all inaccessible to the public. The Klayman case and the ACLU v Clapper case are notable and important because they are the first of their kind where the plaintiffs have been allowed to proceed with their arguments against the NSA activities, and the examination of the legal status of these activities has been allowed to proceed. This has been possible only because the leaks from Snowden allowed the plaintiffs to show that they had personally been subject to surveillance, something that has been impossible in previous cases brought against the NSA.

There is certainly cause to be cheerful about the recent court ruling in Klayman, as it is the first instance where the NSA programs have been subjected to constitutional scrutiny in a public court. In view of the facts of the case, the preliminary findings of Judge Leon are extremely sensible, and indeed, ought to be inescapable8 However, the case is far from over, with appeals expected to higher courts, a final ruling on the matter, and then probably more appeals. One legal commentator has suggested that the trial judge’s ruling in the Klayman case is “... best understood as a kind of [“friend of the court”] brief to the Supreme Court ...” 9

In view of this likely path of appeal, it is instructive to understand the complicity of the US Supreme Court in the previous regime of secrecy that has been perpetrated by the NSA. The ultimate arbiter of constitutionality in the US legal system has shown itself, in past cases, to be highly protective of the government in these matters, and has previously assented to some quite absurd doctrines and arguments to prevent any meaningful judicial review. The court has repeatedly taken assurances from the US government that the opportunity for constitutional review would arise in the future, but has consistently sided with their assertions that it cannot arise for this particular plaintiff, or this one, or this one. This has meant that while the illusion of judicial control has been maintained, the court has taken a policy of de facto immunity from constitutional scrutiny. As Larry Klayman put it, “most judges are just ‘yes men’ who rubber-stamp the federal government’s agenda.”10

Whether the challenge in Klayman v Obama ultimately succeeds or fails, the fact that it is heard at all is an initial cracking of the legal barriers that have been erected by the US government to cover its own lawlessness. While there is some cause for buoyancy, there is just as much reason to be disgusted that scrutiny of the illegal programs of the NSA has taken so long to get a genuine hearing before the public court system, and that the man responsible for allowing this to occur continues to be branded as a criminal and a traitor by the US government whose crimes he has exposed, and threatened with imprisonment or death.

Ben O'Neill is a lecturer in statistics at the University of New South Wales (ADFA) in Canberra, Australia. He has formerly practiced as a lawyer and as a political adviser in Canberra.