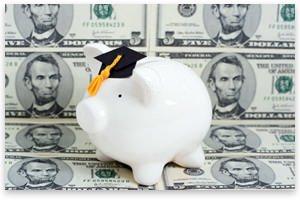 In the advent of the worst financial crisis seen in decades, there is much to be learned. Many economists agree that creating false demand will eventually create a bubble and crush a market much faster than the natural economic cycle. Take for instance the student loan market. Student loans, subsidized and unsubsidized, allow an 18-year-old to finance some or all of the next four years of his or her life, including living expenses. Morally, is it right to allow our children to start their lives immersed in debt?

In 1992, Congress increased the amount of money a student can borrow from the federal loan program with the reauthorization of the Higher Education Act. The act also enabled students defined as "in need" easier access to funding. Now we see student loans dominating the higher-education industry and accounting for 50% of all financial-aid packages.

According to FinAid.org, the average range of tuition inflation is normally 8% annually, and prices have not fallen or stabilized once since 1977, regardless of economic climate. In 2004, the Census Bureau released a report saying private university and college tuition are "up 93 percent from 1990." This symptom may be attributed to cheap and accessible money, and it is becoming an issue now because tuition is still rising but wages have been flat for a decade.

The Department of Education reports having a $63.7 billion budget in appropriations for 2010. It has also received $96.8 billion from the American Recovery and Reinvestment Act of 2009. The department's website states that "department programs also provide grant, loan, and work-study assistance to more than 14 million post-secondary students." That is roughly 4 million short of every college student in the country. Does this mean that only 22% of students in the United States have adequate means to pay for college? Based on America's economic model, this statistic should theoretically be impossible. This means that over 3/4 of Americans attending higher-education institutions are "in need."

There are benefits to the industry being able to increase prices. Colleges and universities need to be competitive. New revenue means that a college or university can afford better professors and improve infrastructure. It can create new dorms for incoming students and build new facilities to allow better access to labs and campus centers. The overall quality of a school and the educational services it offers will increase.

Loans and grants are not necessarily a bad thing, but when the amount of money flooding the industry drives up the demand to the point of the former becoming a market essential, there is an influx of risk. Similarly, healthcare has also enjoyed the fruits of easy money because of the insurance industry. The added funding for research and development has aided advances in medication and technology. But third-party funding usually drives prices up because consumer decision is weakened in the economic equation. Now healthcare is often unaffordable to the independent purchaser.

In most cases, student aid is an immeasurable liability. The individual's risk at 18-years-old cannot be accurately quantified even with a cosigner. Realistically, no private institution would lend this kind of capital to such a young demographic without credit history. It also should be noted that reports have shown average college students to carry 4 credit cards and an average balance of $3,000 that they cannot pay off in full. This is a small sum compared to the amount they will inherit after a four-year tenure, but it shows that credit is being handed out indiscriminately. A massive amount of speculation is being placed on the payees with no indication of them being able to afford repayment.

"The risk associated with loan obligations are shifted to the taxpayer. Consequently, the act removes obligation and creates a moral hazard with the creation of a virtual backstop."

A boost in educational funding for financing may come at a price. If the current trend continues, students will increase the amount financed and they will be paying for the majority of their education in loans. As the January 14 edition of the Economist notes, "only about 400,000 more Americans were employed in December 2009 than in December 1999, while the population grew by nearly 30m." With an unemployment rate of 10% (real figures are closer to 17%), matters look only more ominous.

Millions of students will graduate with the same popular majors and compete for fewer jobs because a significant amount of manufacturing and industry has left the United States. The supply of students entering the job market will be endless, and businesses will lower the base pay of new employees because of their abundance.

The other scenario is that businesses will not hire them at all because they are fully staffed, thus creating a bottleneck in the job market. Unemployment, Social Security, and Medicare will all suffer from the supply and demand effects of this type of crisis.

State and city universities will not be able to handle every student but they may remain the most inexpensive way of obtaining a diploma. City University of New York has reported a 77.5% increase in transfer students in the last year. This is a sign of education becoming unaffordable. Without major state funding or tuition increases CUNY's infrastructure will not be able to handle the capacity of incoming students.

It is difficult to come to a reasonable assessment on how to address an impending student-loan crisis. Candidates running on a platform of limiting financial aid or reducing the Department of Education will be writing a political death sentence for themselves. The recent Health Care and Education Reconciliation Act of 2010 will end subsidies for student aid to private lenders. This will make it easier for students to shop for a loan by going directly to the source but will only address who controls the market and has no effect on the economics of tuition cost.

Payments will have a threshold of 10% of a graduate's disposable income and will be forgiven after 20 years while a public servant will be forgiven after ten. The risk associated with loan obligations are shifted to the taxpayer. Consequently, the act removes obligation and creates a moral hazard with the creation of a virtual backstop. With the combination of this backstop and decreasing wages because of an oversupply of workers, the result can only perpetuate default. This bursting bubble will be massive and will affect other major industries such as housing, auto, and credit.

Because of the ease of obtaining these types of loans and leniency in repayment terms, the postsecondary education industry may possibly raise tuition at a faster rate. There lies no risk for a college or university. As long as prices are met, schools can charge whatever the market is willing to pay. Keeping up with the rising costs will be difficult to do because public funding will have to increase exponentially relative to tuition.

In conclusion, we see that the theory of scholastic financial assistance through government intervention does not perform as advertised. The program will actually only hurt the people it is trying to help.

Parents are no longer able to save for their child's college years because postsecondary education price inflation is exponentially higher than the savings rate. This forces more and more students to go into debt before they earn their first professional dollar. It will eventually be disruptive to the economy and will have a massive impact on other industries. Furthermore, debt forgiveness is a moral hazard that means that the debtor has no real obligation and the taxpayer is now responsible.

Whether the student-loan industry is run by the American government or by subsidized lending institutions, the business model is flawed and will continue to force prices upward regardless of whether it makes economic sense.

B.T. Donleavy is a foreign-exchange specialist in New York City. He has worked at several Fortune 500 companies and he advised Michael Moore on the effects of loose monetary policy for the film Capitalism: A Love Story.