GET NEWS AND ARTICLES IN YOUR INBOXPrint
A
A
Home | Mises Library | Economy, Society, and History 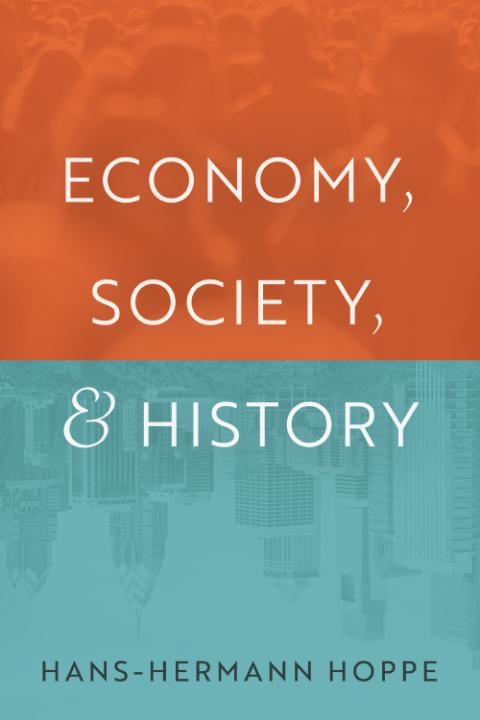 In June 2004, Professor Hoppe visited the Mises Institute in Auburn to deliver an ambitious series of lectures titled Economy, Society, and History.

Over ten lectures, one each morning and afternoon for a week, Dr. Hoppe presented nothing short of a sweeping historical narrative and vision for a society rooted in markets and property. Delivered only from notes, to an audience of academics and intellectuals, the lectures showed astonishing depth and breadth.Even the most jaded scholars in the room were blown away by the erudition and scholarship of Hoppe’s presentation.

This project brings together the core of Hoppe’s lifetime of theoretical work in one vital and cohesive source. Here we find provocative themes developed by Hoppe in the 1980s and 90s, particularly in his essays found in A Theory of Socialism and Capitalism and The Economics and Ethics of Private Property. We also find his devastating critique of democracy, made famous in his seminal book Democracy—The God That Failed.

We’ve taken the recordings, edited them, and put them into a printed book. As always, Hoppe is equipped—and unafraid— to tackle history, anthropology, philosophy, sociology, ethics, politics, and economics, melding them into one coherent thesis:

Chapter 1: The Nature of Man and the Human Condition: Language, Property, and Production
Property developed naturally, not artificially, as a consequence of human action. What is the philosophical justification for private property, and what does property mean for economics and justice?

Chapter 2: The Spread of Humans Around the World: The Extension and Intensification of the Division of Labor
How did man evolve to develop trade and specialization? What did that mean for the development of society?

Chapter 3: Money and Monetary Integration: The Growth of Cities and the Globalization of Trade
Money solves problems of barter and trade; good money makes global economics possible. But money is always and forever subject to corrupting monopolization by states and central banks. How do we separate money from the state, and separate trade from politics?

Chapter 4: Time Preference, Capital, Technology, and Economic Growth
Time, and our preference for present goods over future goods, informs everything we do. Low time preference, demonstrated by capital accumulation, is the key to advancing civilization. How do we encourage capital accumulation when the forces of statism work against us?

Chapter 5: The Wealth of Nations: Ideology, Religion, Biology, and Environment
How did the West get rich? What intellectual movements threaten progress, or advance it?

Chapter 6: The Production of Law and Order: Natural Order, Feudalism, and Federalism
Must law be positive rather than evolved? Who creates it, and who enforces it?

Chapter 7: Parasitism and the Origin of the State
How did we get here? How does the ruling class derive its putative legitimacy, and what can the distant origins of governance teach us about the vast managerial social welfare states we endure today?

Chapter 8: From Monarchy to Democracy
Is democracy really the great advancement in human liberty we have been taught to believe? What is the role of natural and artificial elites?

Chapter 9: State, War, and Imperialism
States are necessarily expansionist and bellicose. How do we tame their warring and intervening nature?

Chapter 10: Strategy: Secession, Privatization, and the Prospects of Liberty
Can private covenant communities replace the state? Why is a private property order morally urgent? Is secession viable? How do we move forward strategically?

As you can see, this book is a tremendous addition to Hoppe’s body of work, and a hugely important contribution to the “big picture” outlook for the West. Hoppe’s work is more important today than ever, given the penchant of modern bureaucratic states to war, intervene, tax, regulate, debase, and generally plunder the engines of peace and civilization.

Economy, Society, and History is a blueprint for understanding the world, rethinking it, and creating a better one.