Economics and the Citizen | Mises Institute
Skip to main content

Economics and the Citizen 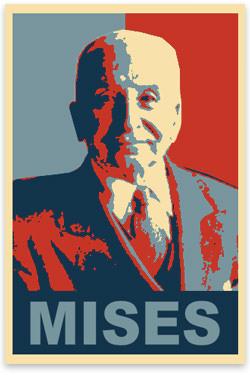 [This article is excerpted from Human Action, chapter 38, "The Place of Economics in Learning." An MP3 audio file of this article, narrated by Jeff Riggenbach, is available for download.]

Economics must not be relegated to classrooms and statistical offices and must not be left to esoteric circles. It is the philosophy of human life and action and concerns everybody and everything. It is the pith of civilization and of man's human existence.

To mention this fact is not to indulge in the often-derided weakness of specialists who overrate the importance of their own branch of knowledge. Not the economists, but all the people today assign this eminent place to economics.

All present-day political issues concern problems commonly called economic. All arguments advanced in contemporary discussion of social and public affairs deal with fundamental matters of praxeology and economics. Everybody's mind is preoccupied with economic doctrines. Philosophers and theologians seem to be more interested in economic problems than in those problems which earlier generations considered the subject matter of philosophy and theology. Novels and plays today treat all things human — including sex relations — from the angle of economic doctrines. Everybody thinks of economics whether he is aware of it or not. In joining a political party and in casting his ballot, the citizen implicitly takes a stand upon essential economic theories.

In the 16th and 17th centuries religion was the main issue in European political controversies. In the 18th and 19th centuries in Europe as well as in America the paramount question was representative government versus royal absolutism. Today it is the market economy versus socialism. This is, of course, a problem the solution of which depends entirely on economic analysis. Recourse to empty slogans or to the mysticism of dialectical materialism is of no avail.

There is no means by which anyone can evade his personal responsibility. Whoever neglects to examine to the best of his abilities all the problems involved voluntarily surrenders his birthright to a self-appointed elite of supermen. In such vital matters blind reliance upon "experts" and uncritical acceptance of popular catchwords and prejudices is tantamount to the abandonment of self-determination and to yielding to other people's domination. As conditions are today, nothing can be more important to every intelligent man than economics. His own fate and that of his progeny is at stake.

Very few are capable of contributing any consequential idea to the body of economic thought. But all reasonable men are called upon to familiarize themselves with the teachings of economics. This is, in our age, the primary civic duty.

Whether we like it or not, it is a fact that economics cannot remain an esoteric branch of knowledge accessible only to small groups of scholars and specialists. Economics deals with society's fundamental problems; it concerns everyone and belongs to all. It is the main and proper study of every citizen.

The paramount role that economic ideas play in the determination of civic affairs explains why governments, political parties, and pressure groups are intent upon restricting the freedom of economic thought. They are anxious to propagandize the "good" doctrine and to silence the voice of the "bad" doctrines. As they see it, truth has no inherent power which could make it ultimately prevail solely by virtue of its being true. In order to carry on, truth needs to be backed by violent action on the part of the police or other armed troops. In this view, the criterion of a doctrine's truth is the fact that its supporters succeeded in defeating by force of arms the champions of dissenting views. It is implied that God or some mythical agency directing the course of human affairs always bestows victory upon those fighting for the good cause. Government is from God and has the sacred duty of exterminating the heretic.

It is useless to dwell upon the contradictions and inconsistencies of this doctrine of intolerance and persecution of dissenters. Never before has the world known such a cleverly contrived system of propaganda and oppression as that instituted by contemporary governments, parties, and pressure groups. However, all these edifices will crumble like houses of cards as soon as a great ideology attacks them.

Not only in the countries ruled by barbarian and neobarbarian despots but no less in the so-called Western democracies, the study of economics is practically outlawed today. The public discussion of economic problems ignores almost entirely all that has been said by economists in the last 200 years. Prices, wage rates, interest rates, and profits are dealt with as if their determination were not subject to any law. Governments try to decree and to enforce maximum commodity prices and minimum wage rates. Statesmen exhort businessmen to cut down profits, to lower prices, and to raise wage rates as if these were dependent on the laudable intentions of individuals. In the treatment of international economic relations people blithely resort to the most naïve fallacies of Mercantilism. Few are aware of the shortcomings of all these popular doctrines, or realize why the policies based upon them invariably spread disaster.

These are sad facts. However, there is only one way in which a man can respond to them: by never relaxing in the search for truth.

This article is excerpted from Human Action, chapter 38, "The Place of Economics in Learning." An MP3 audio file of this article, narrated by Jeff Riggenbach, is available for download.