The Economics of Abundance 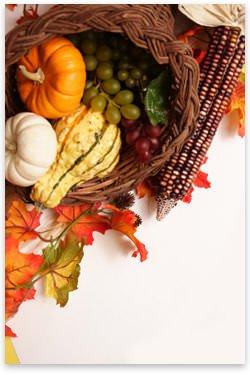 A situation in which abundant unused reserves of all kinds of resources (including all intermediate products) exist may occasionally prevail in the depths of a depression. But it is certainly not a normal position on which a theory claiming general applicability could be based.

Yet it is some such world as this which is treated in Mr. Keynes's General Theory of Employment, Interest and Money, which in recent years has created so much stir and confusion among economists and even the wider public. Although the technocrats, and other believers in the unbounded productive capacity of our economic system, do not yet appear to have realized it, what he has given us is really that economics of abundance for which they have been clamoring so long.

Or rather, he has given us a system of economics which is based on the assumption that no real scarcity exists, and that the only scarcity with which we need concern ourselves is the artificial scarcity created by the determination of people not to sell their services and products below certain arbitrarily fixed prices. These prices are in no way explained, but are simply assumed to remain at their historically given level, except at rare intervals when "full employment" is approached and the different goods begin successively to become scarce and to rise in price.

Now if there is a well-established fact which dominates economic life, it is the incessant, even hourly, variation in the prices of most of the important raw materials and of the wholesale prices of nearly all foodstuffs. But the reader of Mr. Keynes's theory is left with the impression that these fluctuations of prices are entirely unmotivated and irrelevant, except toward the end of a boom, when the fact of scarcity is readmitted into the analysis, as an apparent exception, under the designation of "bottlenecks."1

And not only are the factors which determine the relative prices of the various commodities systematically disregarded;2 it is even explicitly argued that, apart from the purely monetary factors which are supposed to be the sole determinants of the rate of interest, the prices of the majority of goods would be indeterminate. Although this is expressly stated only for capital assets in the special, narrow sense in which Mr. Keynes uses this term, that is, for durable goods and securities, the same reasoning would apply to all factors of production.

In so far as "assets" in general are concerned the whole argument of the General Theory rests on the assumption that their yield only is determined by real factors (i.e., that it is determined by the given prices of their products), and that their price can be determined only by capitalizing this yield at a given rate of interest determined solely by monetary factors.3

This argument, if it were correct, would clearly have to be extended to the prices of all factors of production the price of which is not arbitrarily fixed by monopolists, for their prices would have to be equal to the value of their contribution to the product less interest for the interval for which the factors remained invested.4 That is, the difference between costs and prices would not be a source of the demand for capital but would be unilaterally determined by a rate of interest which was entirely dependent on monetary influences.

We need not follow this argument much further to see that it leads to contradictory conclusions. Even in the case we have considered before of an increase in the investment demand due to an invention, the mechanism which restores the equality between profits and interest would be inconceivable without an independent determinant of the prices of the factors of production, namely their scarcity. For, if the prices of the factors were directly dependent on the given rate of interest, no increase in profits could appear, and no expansion of investment would take place, since prices would be automatically marked to make the rate of profit equal to the given rate of interest.

Or, if the initial prices were regarded as unchangeable and unlimited supplies of factors were assumed to be available at these prices, nothing could reduce the increased rate of profit to the level of the unchanged rate of interest. It is clear that, if we want to understand at all the mechanism which determines the relation between costs and prices, and therefore the rate of profit, it is to the relative scarcity of the various types of capital goods and of the other factors of production that we must direct our attention, for it is this scarcity which determines their prices.

And although there may be, at most times, some goods an increase in demand for which may bring forth some increase in supply without an increase of their prices, it will on the whole be more useful and realistic to assume for the purposes of this investigation that most commodities are scarce, in the sense that any rise of demand will, ceteris paribus, lead to a rise in their prices. We must leave the consideration of the existence of unemployed resources of certain kinds to more specialized investigations of dynamic problems.

This critical excursion was unfortunately made necessary by the confusion which has reigned on this subject since the appearance of Mr. Keynes's General Theory.

In order to understand the situation into which we have been led, it will be necessary to take a brief look at the intellectual sources of the full-employment policy of the "Keynesian" type. The development of Lord Keynes's theories started from the correct insight that the regular cause of extensive unemployment is real wages that are too high.

The next step consisted in the proposition that a direct lowering of money wages could be brought about only by a struggle so painful and prolonged that it could not be contemplated. Hence he concluded that real wages must be lowered by the process of lowering the value of money. This is really the reasoning underlying the whole "full-employment" policy, now so widely accepted.

If labor insists on a level of money wages too high to allow of full employment, the supply of money must be so increased as to raise prices to a level where the real value of the prevailing money wages is no longer greater than the productivity of the workers seeking employment. In practice, this necessarily means that each separate union, in its attempt to overtake the value of money, will never cease to insist on further increases in money wages and that the aggregate effort of the unions will thus bring about progressive inflation.

I cannot help regarding the increasing concentration on short-run effects — which in this context amounts to the same thing as concentration on purely monetary factors — not only as a serious and dangerous intellectual error, but as a betrayal of the main duty of the economist and a grave menace to our civilization. To the understanding of the forces which determine the day-to-day changes of business, the economist has probably little to contribute that the man of affairs does not know better.

It used, however, to be regarded as the duty and the privilege of the economist to study and to stress the long effects which are apt to be hidden to the untrained eye, and to leave the concern about the more immediate effects to the practical man, who in any event would see only the latter and nothing else. The aim and effect of 200 years of continuous development of economic thought have essentially been to lead us away from, and "behind," the more superficial monetary mechanism and to bring out the real forces which guide long-run development.

I do not wish to deny that the preoccupation with the "real" as distinguished from the monetary aspects of the problems may sometimes have gone too far. But this can be no excuse for the present tendencies which have already gone far toward taking us back to the prescientific stage of economics, when the whole working of the price mechanism was not yet understood, and only the problems of the impact of a varying money stream on a supply of goods and services with given prices aroused interest.

It is not surprising that Mr. Keynes finds his views anticipated by the mercantilist writers and gifted amateurs: concern with the surface phenomena has always marked the first stage of the scientific approach to our subject. But it is alarming to see that after we have once gone through the process of developing a systematic account of those forces which in the long run determine prices and production, we are now called upon to scrap it, in order to replace it by the shortsighted philosophy of the business man raised to the dignity of a science.

Are we not even told that, "since in the long run we are all dead," policy should be guided entirely by short-run considerations? I fear that these believers in the principle of après nous le déluge may get what they have bargained for sooner than they wish.

This article is excerpted from The Critics of Keynesian Economics, chapter 7, "The Economics of Abundance" (1960).