Economic Stagnation and the Global Bubble 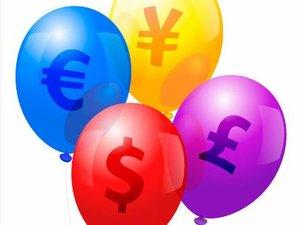 You’d think with all the “stimulus” from Washington over the fifteen years since the dotcom bust, American capitalism would be booming. It’s not. On the measures which count when it comes to sustainable growth and real wealth creation, the trends are slipping backwards — not leaping higher.

After a look at new jobs data in April, we find the number of breadwinner jobs in the US economy is still two million below where it was when Bill Clinton still had his hands on matters in the Oval Office. Since then we have had two presidents boasting about how many millions of jobs they have created and three Fed chairmen taking bows for deftly guiding the US economy toward the nirvana of “full employment.”

When you look under the hood, it’s actually worse. These “breadwinner jobs” are important because they’re the only sector of the payroll employment report where jobs generate enough annual wage income — about $50k — to actually support a family without public assistance.

Moreover, within the 70 million breadwinner jobs category, the highest paying jobs which add the most to national productivity and growth — goods production — have slipped backward even more dramatically. There were actually 21 percent fewer payroll jobs in manufacturing, construction and mining/energy production reported in April than existed in early 2000.

Now let’s look at productivity growth. If you don’t have it, incomes and living standard gains become a matter of brute labor hours thrown against the economy. In theory, of course, all the business cycle boosting and fine-tuning from fiscal and monetary policy, especially since the September 2008 crisis, should be lifting the actual GDP closer to its “potential” path, and thereby generating a robust rate of measured productivity growth.

Not so. Despite massive policy stimulus since the late 2007 peak, nonfinancial business productivity has grown at just 1.1 percent per annum. That is just half the 2.2 percent annual gain from 1953 until 2000. So Washington-engineered demand stimulus is self-evidently not pulling up productivity by its bootstraps.

Indeed, if you go back to the 1953–1973 peak-to peak period, which also encompassed several business cycles, the annual productivity growth rate averaged 2.7 percent, or two and one-half times the last fifteen year outcome.

The same picture occurs on real median household income. During the same 1953–1973 interval, real median family income grew at 3.0 percent annually, rising from $26k to $46k during the period.

By contrast, over the course of the next twenty-seven years, and after Washington ended both the Bretton Woods gold standard anchor on money and the practice of balanced budgets, real median incomes grew by only 0.8 percent annually, rising to $57k by the year 2000.

Needless to say, it’s been all downhill since then. Real median income was $53k in 2014. That means median living standards of US households have been falling at a 0.5 percent annual rate since the turn of the century. There is no prior fifteen year period that bad, including the years after the 1929 crash.

The argument of the Keynesians is that capitalism is a chronic underperformer. Left to its own devices it is always leaving idle labor and capital resources on the table, and is even prone to bouts of depressionary collapse absent the counter-cyclical ministrations of the state and its central banking branch.

Well, then, given the monumental size and chronic intensity of policy stimulus during the last fifteen years, that particular disability should have been eliminated long ago. The US economy should be surfing near its full potential.

In that regard, one measure of high resource utilization most surely would be the labor force participation rate. However, after the one-time boost of increased female participation after 1980, the trend has been in a nose-dive. And it’s not due to the baby-boomers getting old and repairing to the shuffleboard courts.

Since the year 2000 — a time when the Fed’s balance sheet soared by nine-fold from $500 billion to $4.5 trillion — the prime age labor force participation rate has plummeted by 10 percentage points.

A similar trend can be seen in the measures of aggregate labor hours. Even if productivity has turned punk, it might be thought that all this policy stimulus would flush labor hours into the economy. But despite an increase from 212 million to 250 million of the working age population since the year 2000, there has been virtually no gains in labor hours utilized by the private business economy, and this is all the more obvious when we remember that not all headline jobs are created equal — even though it is well known that the BLS counts a four hour window-washing gig and a 40-hour week in a steel mill the same.

So the underlying truth is that actual apples-to-apples labor utilization has been going nowhere. In Q4 2014, the index of non-farm labor hours utilized by the business sector posted at 109.8 — virtually the identical level recorded in early 2000.

That’s right. After growing at a 1.6 percent annual rate for a half-century running (1953 to 2000), labor resources deployed have flat-lined for the past 15 years. Rather than contributing to higher utilization of resources, the massive, chronic stimulus policies of recent years have been associated with just the opposite.

So when it comes to the building blocks of prosperity, policy stimulus has not been stimulating much of anything — except a slide downhill.

And while the American economy stagnates, serious global risks remain on the horizon.

In China, the most fantastic credit bubble in recorded history is beginning to burst. That is, notwithstanding Wall Street’s sell-side propaganda, China’s vaunted $10 trillion GDP is not capitalist GDP in any familiar or meaningful sense; nor is it the product of organic market-based economic growth.

Instead, it is “constructed GDP” which has been fabricated out of centrally issued and allocated fiat credit. Over the past two decades the People’s Printing Press of China issued virtually unlimited bank reserves in the process of buying up dollars to peg the RMB exchange rate in support of its national policy of export mercantilism. This, in turn, has enabled China’s total public and private credit outstanding to soar from $2 trillion at the turn of the century to $28 trillion today.

In short, the overlords of red capitalism in Beijing caused the entire nation to borrow itself silly in order to fund a construction and investment mania that has no historical parallel. Indeed, the fourteen-fold explosion of debt in fourteen years has resulted in not only trillions of artificial “printing press GDP,” but, more importantly, in a stupendous accumulation of over-valued and uneconomic “assets” on both public and private accounts.

There are currently an estimated seventy million empty high rise apartment units in China, for example, because under the baleful influence of unlimited credit these apartments were built for asset appreciation, not occupancy. In fact, most of China’s tens of million of punters who have invested in these units have taken pains to keep them empty and spanking new; like contemporary works of art, appreciation potential can be impaired by marks and scrapes.

Needless to say, there is a huge problem when you turn rebar, concrete, and wallboard into tulip bulbs. Namely, when the price mania finally stops not only do the speculators who put their savings into empty apartment units get crushed, but, more importantly, demand for new units quickly evaporates, causing a devastating contraction up and down the building supply chain.

Meanwhile, in Europe, Greece and the EU are pinned between a rock and a hard place. There is not a chance that Greece can service its monumental debt, yet the eurozone politicians are now petrified by the fiscal trap they have concocted during their can-kicking rituals since 2010.

So the baleful facts bear repeating. The eurozone governments have committed to $200 billion of direct fiscal guarantees to Greece, but in cobbling these expedients together during the 2010 and 2011 crises what the politicians of Brussels really did was to stick the ECB with the ultimate Old Maid’s card.

Stated differently, in the process of bailing out their own banks, which were stuffed with Greek sovereign and private credits, Brussels did just enough to stabilize the private credit markets and ward off the vultures. This, in turn, allowed the ECB to pretend that Greek collateral was money and to pacify the German monetary sticklers about the sin of monetizing state debt. At length, the ECB became the money market for the entire Greek economy.

Altogether then, Greece owes the politicians and apparatchiks who rule the continent from Brussels and Frankfurt the staggering sum of $340 billion. In fact, the sum is not staggering; it is lunacy itself. The cowardly, self-perpetuating rulers of the European superstate have managed to loan Greece what amounts to 3 percent of their own GDP when Greece itself only accounts for 2 percent of eurozone economic output.

In the event of a blow-up and Grexit, exactly how would this mountain of Greek collateral be collected? Would it be done by the German army sent in to occupy the Greek ports and railway stations?

With our own flat-lining economy at home and serious risks of implosions abroad, one would think that now is a good time to take an honest look at the state of the global economy and do some serious planning.

But there’s no danger of that happening because the monetary politburo in the Eccles Building ignores all these fundamentals in order to focus on the short-run “incoming data.” It actually believes it can steer the business cycle as in times of yesteryear when the credit channel of monetary transmission still functioned effectively — even if destructively in the long-run.

But that was a one-time parlor trick. Nowadays, American households are at “peak debt” and on a net basis can no longer raise their leverage ratios to supplement wage- and salary-based income with more borrowings. Likewise, business borrows hand-over-fist in response to the Fed’s dirt-cheap cost of debt, but the proceeds go into financial engineering, not productive investment.

So the Fed blunders forward, oblivious to the fact that it is now 2015, not 1965, maintaining the lunacy of zero or soon near-zero interest rates. That maneuver creates floods of new credits, but in the form of gambling stakes which never leave the canyons of Wall Street. In so doing, they inflate financial assets values until they reach such absurd heights that they collapse of their own weight.

The Fed has thus become little more than a serial bubble machine. Tracking the incoming data during the intervals between financial boom and bust, it mistakes unsustainable short-run gains for real economic growth. But overwhelmingly, the incoming data has been recording temporary GDP and born again jobs.

For the second time this century we have had a boom in the part-time economy of jobs in bars, restaurants, retail, leisure and personal services. These jobs on average represent twenty-six hours of work per week and average wage rates of around $14/hour, thereby generating less than $20k on an annual basis.

Since the top 10 percent of households account for upward of 40 percent of consumer spending it is not hard to see what will happen next. When this third and greatest financial bubble of this century finally collapses, the bread and circuses jobs will vanish in a heartbeat.

David Stockman was director of the Office of Management and Budget under President Ronald Reagan,...

The Deep State and the Donald

David Stockman on what the generals, think tank experts, and ex-National Security Council types won't tell you.
Subscribe to Our Mailing Lists