Echoes of 1937 in the Current Economic Cycle 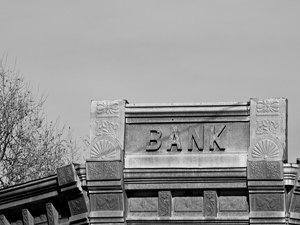 It is not too early to ask how the present US business cycle expansion, already more than five years old, will end. The history of the last great US monetary experiment in “quantitative easing” (QE) from 1934-7 suggests that the end could be violent. Autumn 1937 featured one of the largest New York stock market crashes ever accompanied by the descent of the US economy into the notorious Roosevelt Recession. Should we take comfort from the fact that Friedman and Schwartz, in their epic monetary history, claim to have discovered the policy error by the Federal Reserve which was responsible for the 1937 denouement. And that today’s Fed officials are adamant about having learned their lesson? The short answer is no.

According to the now mainstream narrative, the strong economic recovery of 1935-6 could have continued for much longer if it had not been for the successive hikes in reserve requirements through late 1936 and early 1937, together with the sterilization of gold inflows from the start of that year. This meant the end of rapid growth in high-powered money supply. The trigger for these monetary policy changes was concerns within the Federal Reserve and White House about the intense speculative climate which had developed in equity and commodity markets during 1936, coupled with apparent upward pressure on goods prices. Friedman and Schwartz imply that these concerns were misplaced. And indeed, as regards the rise in goods prices, this was a benign recovery from a deep cyclical low-point in 1933 rather than something symptomatic of monetary inflation. It was, however, quite a different story for asset prices.

The monetary manipulations of the Roosevelt administration in combination with the Federal Reserve (dollar devaluation, monetization of subsequent huge gold inflows, interest rates pegged at zero throughout) had been fueled by 1936 serious asset price inflation most of all in the US equity and commodity markets. Today we recognize irrational exuberance as the salient feature of this monetary disease. Some combination of yield desperation and fears concerning an eruption of goods inflation in the far distant future lies behind the irrationality. The manipulating of long-term rates below neutral also encourages various feedback loops in which rising asset prices appear to justify otherwise wild speculation.

There is no simple empirical test which detects and measures speculative froth. We do not know the “underlying value” which would correspond to a sober rational weighing of all the risks. Traditional benchmarks of valuation such as normal price-earnings ratios are particularly misleading in a period such as the mid-late 1930s when the geo-political, domestic political, monetary, and economic climates are highly turbulent.

Asset price inflation would come to an end even without monetary action. It is sufficient that the real world outside becomes so much worse than what the irrationally exuberant investors have been seeing through rose colored spectacles (which filter out dangers and exaggerate expected returns) that the lenses splinter. In late summer 1937 that is what may well have happened. The rapid economic recovery of 1936 was evidently stalling by mid-1937. In July, Imperial Japan had launched its full-scale invasion of China. German rearmament accelerated following the military re-occupation of the Rhineland. In May 1937 the Supreme Court had ruled in favor of the Roosevelt administration’s trade union legislation. As markets crashed from August through autumn 1937, business confidence and investment plummeted.

The importance of monetary policy actions in late 1936 and early 1937 in contributing to this bad outcome is dubious. When market rates of interest are at zero, high-powered money lacks power, as banks are willing hoarders of large reserves well beyond normal levels (relative to their deposit base). Short-term rates hardly rose in response to the raising of reserve requirements through late 1936 and early 1937. Long-term Treasury bond yields climbed briefly in March 1937 by around 30 basis points to a peak of 2.75 percent before falling back, partly due to evidence of economic slowdown, and partly to a Fed bond-buying program as demanded by the Roosevelt administration. That political intervention surely signaled to contemporary investors that long-run inflation dangers were still live — a positive factor for continuing asset price inflation.

What are the parallels with the present? We have had some similarly ambiguous Federal Reserve policy actions. This time long-maturity T-bond yields have climbed more sharply from their low point (early 2013) but the announced curtailment of QE has so far been less striking. A more important parallel is the amount of irrational exuberance now evident in a range of asset classes (high-yield bonds, European periphery sovereign debts, real estate in various global hotspots, German equities, US financial and technology sector equities, private equity). A failure of the US economy to take off into a higher flight path beyond the winter stall and spring re-bound, disappointment regarding a German economic mini-miracle, a Chinese “hard landing,” geo-political storms, and a host of idiosyncratic factors which could setoff waves of profit-taking, are all possible triggers to asset price deflation and an early end to this cycle.