The ECB and the Negative-Interest-Rate Game 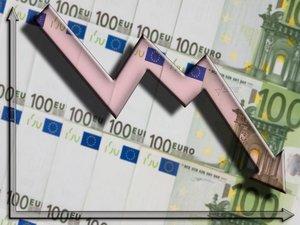 The ECB is now two months into its bond buying binge but the European Central Bank (ECB) never clearly explained the goal and purpose of its own version of quantitative easing. The deflation bogeyman was never a serious threat, nor was it based on any solid theoretical foundation.

A possible justification may have been to make the 1 percent much wealthier so that their extravagant lifestyles trickled benefits down to the average working stiff. Another possible reason may have been to lower the value of the euro to benefit exporters at the expense of the rest of European consumers, the middle class, and the poor. This would be a violation of the unwritten rule that monetary policy should not be targeting the value of the currency directly.

Of course, when the rule maker breaks his own rules, it reduces the importance of all rules. The commitment not to print to finance government spending has gone to the same graveyard as the 60 percent debt-to-GDP rule or the under-3 percent budget deficit rule. Meanwhile, the ECB’s current actions are making a mockery of the alleged independence of central banking.

Under normal conditions, economists take it for granted that interest rates cannot drop below zero. Instead of paying someone to borrow your money, you could just as easily stuff the money in your mattress. So why is so much of European government debt actively trading at negative rates? Why would you take money out of your mattress and pay 1,060 euros for something that will only get 1,000 euros in a year?

The answer is simple: buying government debt can make sense if you have no intention of holding the debt to maturity and think you can find a “greater fool” who will buy the debt from you. That greater fool is often the European Central Bank which, like many other central banks around the globe, is buying up government debt to keep debt-financed programs alive for another day.

What about bank lending? Isn’t the ECB’s quantitative easing and negative-interest-rate policy spurring a Europe wide surge in borrowing? After all, negative interest rates are supposed to have the effect of discouraging saving and encouraging movement away from presumably safe government debt into other types of borrowing.

You can lead a horse to water, but you cannot make him drink, so the fact that interest rates are at rock bottom levels is not necessarily enough to spur a frenzy of borrowing by businesses in the face of an uncertain economic future.

By setting negative rates on reserves, however, and by inducing negative interest rates on government bonds, the ECB has created a significant compression in yields. This has reduced bank profits. Banks must now charge customers for deposits. Large customers such as hedge funds and mutual funds have been withdrawing funds, further drawing down bank profits.

For example, several large pension funds in Switzerland have recently rediscovered the advantages of the mattress. As Pater Tenebrarum noted,

One fund manager showed that for every CHF 10 million in pension money, his fund would save CHF 25,000 — in spite of the costs involved in vault rent, cash transportation and other expenses.

Furthermore, Basel III forces banks to hold more risk-free assets. Banks have been forced to load up on government debt at negative rates. This also has been squeezing profits. Does anyone really expect European banks to lend more in such an economic environment?

The real objective of the ECB’s current money printing is essentially to kick the can down the road. It won’t solve Europe’s deep-seated structural problems. It will only postpone the inevitable and will also make the final reckoning much, much worse. Printing intrinsically worthless paper will not solve Europe’s fundamental problem of supply being misaligned with demand — a misalignment created by government’s incessant interference with the workings of the price system.

With this new phase of monetary expansion, Europe is slowly walking down the same slippery slope toward hyperinflation that is the inevitable endgame of all fiat currency systems.

In this, Germany missed an opportunity to set the ship straight. It should have made it crystal clear that any purchase of government bonds by the ECB (which violates European law) would have meant Germany’s leaving the currency union and reestablishing the deutschmark under German control. But then again, the German government is not the German people. Such quantitative easing makes it much easier to finance government spending, and the resulting inflation will lower the real value of the government’s existing debt. Of course, this is all for short-term benefits to the government, with long-term costs to everyone else.