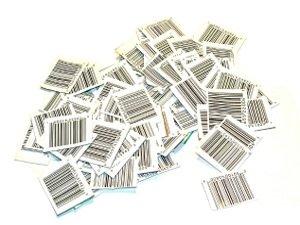 In November, the (European Central Bank) surprised the markets by dropping its refinancing rate to 0.25 percent to avoid dreaded deflation and announced it seeks to keep “price growth steady at about 2 percent” which is obviously a target and not a ceiling. Recently-tame inflation data is “worrisome” for many economists and has increased calls for the ECB to be even more aggressive. Central bankers and economists remain committed to the idea that the economy can be managed by manipulating prices in the aggregate.

Most economists will say a little inflation is a good thing. If an entrepreneur makes a mistake and produces something at a cost above selling price, an increase in all prices may make his bad decision profitable. He will be able to sell his costly inventories. In other words, a little inflation is good for some economists because it allows entrepreneurs who made bad decisions, today and probably tomorrow, to see another day. It is surprising to see free-market economists support such logic, however. Capitalism is a system of profits and losses where entrepreneurs who survive are those best able to meet society’s needs. Losses are actually more important than profits since they prune out those who do not serve consumers as well, allowing resources to be channeled to where they are most needed. The movement of prices relative to each other in an economy can doom some business owners, but relative prices, and not aggregate prices, are a key to understanding the economy.

A simple example will make this clear. Suppose we have a very uncomplicated economy with only two products, apples and oranges. We assume a very short run so there are no output effects. We start with 10 apples and 10 oranges and $20. Suppose that the intersection of supply and demand for oranges determines a price of $1.20. This will simultaneously set the price of apples at $0.80. Only in this situation do we have no excess money or excess output.

The relative price between oranges and apples reflects society’s demand for the two goods, in accordance to their relative abundance, or supply. Now, suppose tastes change and people now want more apples. The short-term effect will be for the prices of apples to rise and, if the money supply is held constant, for the price of oranges to fall. Suppose the new equilibrium price is $1 for both apples and oranges. This is a 25 percent increase in the price of apples and a 16.7 percent drop in the price of oranges. The economy is experiencing 8.3 percent price inflation, calculated as a weighted average of the two goods. Of course, we could have started out with different relative prices and created a situation of price deflation just as easily.

In the real world, if oil prices increase, the price of other goods and services must fall if the money supply is kept constant. In the short run, other goods and services may be sold at a loss. Their production costs are irrelevant since they are now a sunk cost. In the longer run, the ultimate impact of the higher oil prices on inflation will depend on the demand and supply elasticity of various products and services. “Cost-push” inflation is a popular misconception. A general increase in all prices, on the other hand, is a monetary phenomenon.

We are now in a better position to understand the silliness behind a policy target of 2 percent inflation for the entire economy. In our apples and oranges example, should the central bank decrease the money supply to change the absolute and relative level of prices of apples and oranges to bring inflation down from 8.3 percent to reach a target of 2 percent? If instead, we had created an example with deflation, should the central bank intervene to increase the money supply to counteract what is essentially a change in relative prices? In a capitalist economy, such large changes in relative prices are not uncommon.

With China and India coming online in the last 30 years by producing massive amounts of cheap products, average prices should have been dropping dramatically as they did during the Industrial Revolution of the 19th century. A stable average price is masking a massive shift in relative prices. The price of products and services not produced in low wage emerging markets, such as health care and education, have been recording galloping inflation while the average level of prices has hardly budged.

Suppose society wants to consume more today and less tomorrow. Under normal circumstances, the price of consumer goods (CPI) would rise while the price of capital goods would fall. These relative price changes along with higher interest rates (i.e., the price of time preferences) act as automatic stabilizers, dampening the impact on the economy from this shift in tastes. A central-bank policy of changing the money supply to correct what is an imagined problem with overall prices would simply be adding instability to this adjustment process. By targeting an aggregate, central banks distort individual prices and interfere with the efficient allocation of resources and goods and services.

The recent ECB action to lower its refinancing rate was to counter a relative price change caused mostly by an appreciating Euro, but this is a totally unjustified interference with the resource allocation function of prices.

Money is a measure of value as the ruler is a measure of length. Changing the length of a ruler, or constantly manipulating the money supply, can only create chaos. Is the ECB’s role really to micromanage every monthly change in an imperfect index? Doesn’t it realize that constantly changing the measuring stick makes entrepreneurial decisions that much more difficult?

Returning to the gold standard, ending fractional reserve banking, and closing down the central bank, would finally bring stability to the money supply and, as a consequence, stability to the world economy.