The Dupes of Socialism 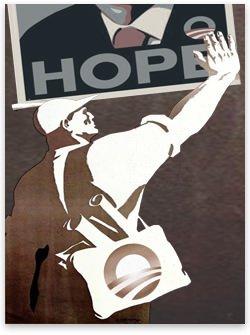 Pictures of the Socialistic Future warns that socialism, promising equality, can deliver only equal poverty and death. It was the details of the socialist program that Eugene Richter could never get from his German Parliament colleagues who beat the drum for a new government.

The year was 1893. The place was Germany. The politicians hated him for writing this book. They labeled him "the eternal naysayer." Why did he pester them with so many questions like, "Once we are equal, who will take out the garbage?" But, Richter, a libertarian, had prescient glimpses that the consequences of their socialist system would lead to a totalitarian dictatorship in Germany. Richter was proved right.

Richter stages his warning as a novel in which the narrator, a Mr. Schmidt, is a steadfast believer in the socialist cause. Schmidt writes these accounts, or pictures, for his children. His children, however, are among the first victims of the new government policies that he idealistically had supported. His family is torn asunder. Each suffers. Some die. None of the touted benefits of the new socialist paradise come to pass.

The story leaves us two passages that make the case that Schmidt did finally wake up to how duped he had been: First, in Schmidt's final picture:

My only motive was the sincere belief that Socialism would cause a better order of things for future generations. I believed so then, but I now see that I did not comprehend the whole question. But how can my boys ever forgive me for having helped to bring about those events which have deprived them of their mother and their sister, and utterly destroyed our happiness as a family? (p. 142)

And again, in the letter from the young son, Ernst, to his brother, Franz, who had fled to America:

He [Schmidt] fell a victim to the solicitude he felt for the welfare of his family. In the hope of seeing a better future for those dear to him, he had allied himself with the Socialists, but recent events had entirely cured him of his errors. (p. 144)

Although he was a man devoted to his family's welfare, Schmidt's embrace of the Social Democratic platform contributed only to their unhappiness and sorrow. That wasn't what he had intended for them, but too little was known about what the consequences of central planning would be. Part of those details that never saw the light of discussion was that his own son, Franz, would be assigned to work in a different city from where his family and his fiancée resided.

The police have today distributed the orders relating to the occupations of the people, which orders are based partly on the registration lately made, and partly upon the plan organized by the Government for regulating production and consumption. True, Franz is to remain a compositor, but unfortunately, he can't stay in Berlin, but is sent to Leipsig. (p. 21)

Another cluster of details left unexamined had been what was in store for old people. Schmidt's wife's father is sent to the Refuge for People of Advanced Years without any compassion for how debilitating that alienation is.

And poor old grandfather? I found him very dull and apathetic. In the entire absence of a family circle and of surroundings to call forth his interest, his faculties show a very marked decay. (p. 139)

Schmidt was surprised that his four year old daughter, Annie, would be separated from them completely. Contact with family was discouraged. Annie never does do well at the Children's Home. "My wife found Annie looking somewhat pale and changed" (p. 68). Then, "Annie is dead" (p. 97).

Schmidt knew that Ernst, the younger son, would be placed in an institutional school, but he was not pleased to discover that none of Ernst's interests and aptitudes would have any bearing upon his assignments.

They know that they will find exactly the same course prescribed for them that is prescribed for all alike, and that no efforts or talents will ever avail to enable them to pass beyond that prescribed course. (p. 109)

And, central to his whole life, Paula, his wife, is unable to overcome the sorrows striking her as her family circle is shredded. Their three children and her father have been taken from her. Her housing has been reduced to two dark rooms. Her family furnishings and life savings have been seized. Her husband's work has been demoted and his hours are such that they can no longer even eat meals together.

She is become very nervous, and her state gets worse day by day. During all the twenty-five years of our married life we have never had so many painful scenes and explanations as since the beginning of the new era. The State cookshops, too, are not a bit to her taste. The food, she says, is barracks' rations, and a poor substitute for the wholesome fare people used to have at their own homes. (p. 50)

On going to see my wife I found that she talked incoherently and wildly, and did not recognize me. … It has been held advisable to send her to the Asylum for Incurables, and she is to be taken there today. (p. 141)

Schmidt does ask forgiveness for the harm that he caused his family.

Eugene Richter tried to prevent the harm in the first place. Richter asked his generation to simply imagine what pictures of the Socialistic future would actually look like. Richter did such a good job that the reintroduction of his pictures to our current pool of information just might keep a few of us from ending up as duped as poor Schmidt was.