GET NEWS AND ARTICLES IN YOUR INBOXPrint
A
A
Home | Mises Library | Down with Collectivism: Merchants and Nobles in 17th-Century France

Down with Collectivism: Merchants and Nobles in 17th-Century France 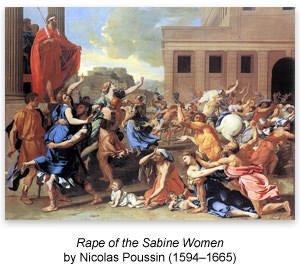 [This article is excerpted from An Austrian Perspective on the History of Economic Thought, vol. 1, Economic Thought Before Adam Smith.
An MP3 audio file of this article, read by Jeff Riggenbach, is available for download.]

The imposition of Colbert's regime of statism, monopoly, and prohibitive tariffs, combined with Louis XIV's high taxation and centralization, gave rise, by the late 1660s, to a growing tide of opposition by merchants and nobility alike. An important compendium of criticisms was the anonymous treatise, Mémoires pour servir à l'histoire, published in 1668. The Mémoires comprise the first extended published polemic against Colbert and Colbertism. Politically, the author denounced Colbert for substituting centralizing innovations for the old constitution. Attacking Colbert's policies across the board, especially tariffs and monopolies, the book pointed out that the French refusal to purchase from the Dutch had induced the Dutch to cease purchasing from France. On trade, the Mémoires made the important point that the Colbertian ideal of national self-sufficiency was contrary to natural law, since providence had created a great diversity of natural resources throughout the world, in order that mankind be united by the bonds of mutual interdependence through international trade.

After an upsurge of denunciations of Colbert in the late 1660s, the controller general reacted by cracking down on all dissent. In consequence, when Colbert died on September 6, 1683, there was intense joy throughout France, and especially in Paris. In fact, only protection by the soldiery prevented the populace from demonstrating their attitude by dragging Colbert's body through the streets of Paris. Many oppressed Frenchman exulted that a new dawn had arrived: "Taxes would cease and the Golden Age would return."

Such was not to be, however, and absolutism and consequent economic distress became even worse. But the death of Colbert allowed a raft of dissent to arise once more. A torrent of hatred poured out against Colbert's son, nephew, and other of his hand-picked successors.1 The outpouring of opposition, encouraged by official inquiries and investigations of the Colbertian past, was not merely personal, however. It was also in opposition to the mercantilism stifling the economy. In May 1684, a nobleman accused Colbert of being responsible for the "ruin of finance and trade." The establishment of subsidized and privileged manufactures "has deprived commerce of liberty … and denied merchants the means to attract money from abroad." The high protective tariffs, the unknown nobleman pointed out, crippled foreign demand for French farm products, and thereby reduced the French farmers to penury.

This line of attack on Colbertism was developed in the following year by Gatien de Courtilz de Sanras, Sieur du Verger, who published a book, The New Interests of the Princes of Europe. Trying to bolster domestic producers, the French government had only succeeded in wrecking them by crippling their export markets. This popular work had gone into four editions by 1689. In the same year, the famous collection of tracts, published in Amsterdam, Les soupirs de la France esclave (The Sighs of an Enslaved France) also inveighed against protective tariffs as leading to misery and the crushing of commerce.

Particularly eloquent in the Soupirs collection was the attack on Colbertism by the merchant Michel le Vassor, who wrote,

the king by the frightful and excessive taxes which he levies on all goods has drawn to himself all the money, and commerce has dried up. There are no rigors and cruelties which have not been employed upon the merchants by the farmers of the customs, a thousand trickeries to find grounds for making confiscations.… Besides this, certain merchants, through the favor of the Court, put commerce into monopoly and get privileges given to them to exclude all the others.… And finally the prohibition of foreign goods, far from turning out well for commerce, is, on the contrary, what has ruined it.… And all through this the despotic and sovereign power which prides itself on every whim, on reordering everything and reforming all things by an absolute power.2

During this depressed period, the directors of Colbert's French East India Company denied, in 1685, that they had caused the hard times by exporting specie in order to import goods from the Indies. Arguing for "freedom of trade" in their Responses aux mémoires, when they really only valued their own freedom to import from their privileged monopoly position, the directors yet tapped an important vein of free-trade thought:

Experience has shown that trade cannot be conducted without a total liberty and with a mutual correspondence with foreign countries. The moment we … violated [trade] … the foreigners withdrew. They attracted French workers and established our manufactures in their country … and have dispensed with ours.

The directors also defended vigorously their practice of exporting specie in exchange for Asian imports. They escalated their reply by pointing out that in Holland (always a country whose prosperity and trade was admired and envied during the 17th century)

the ports are always open for the entry and exit of specie with every possible liberty … moreover, in Holland the same liberty is accorded for the export of money in the coin of the country. It is this great freedom which attracts abundance to the point where it is and renders them [the Dutch] masters of all trade.

During the intense merchant agitation for freedom of trade and enterprise during the 1680s, Louis XIV's intendant at Rouen reported on advice given him by two leading merchants of the city. On October 5, 1685, Rene de Marillac wrote to the controller general that the two merchants had declared,

The greatest secret is to leave trade entirely free; men are sufficiently attracted to it by their own interests.… Never have manufactures been so depressed, and trade also, since we have taken it into our heads to increase them by way of authority.

One of these two merchants, Thomas Le Gendre, was supposed to have been the first, during a slightly earlier period, to have coined the famous phrase "laissez-faire." The great late-18th-century laissez-faire thinker and statesman Anne Robert Jacques Turgot reports as a family tradition that Le Gendre had told Colbert, "Laissez-nous faire" (leave us alone). Turgot's affluent grandparents were close friends of the immensely wealthy Le Gendre and his family, and they also had mutual business dealings.

Thomas Le Gendre (1638–1706), coiner of the phrase "laissez-faire" as applied to policies and the economy, was the most eminent of a long line of merchant-bankers traced back to the early 16th century. A multimillionaire, Le Gendre owned vast interests in Africa and the New World, was the leading importer of alum from the Levant, and was frequently called upon to arbitrate disputes between merchants at home and abroad.

Despite his wealth, multinational commercial connections, and public honours, Thomas Le Gendre had what seemed to be only a negative rather than positive influence upon the French government. Time and again the Crown refused to allow him permission to send vessels abroad or to load merchandise on to foreign ships. This treatment only changed in the 1690s, when the government, engaged in war with Protestant England and Holland, made use of Le Gendre and other ex-Protestants to trade with their contacts in those countries while the war was going on.

Not only the merchants, but also some intendants, were joining the laissez-faire camp during the 1680s. On August 29, 1686, the intendant in Flanders, Dugué de Bagnols, wrote a bitter protest against a decree of the previous year levying a 20 percent tariff on imports from the Levant, except for goods carried on French ships from the Middle East that had entered the ports of Marseille or Rouen. Dugué pointed out that textile firms in northern France should not have to pay more for their imported thread by being forced to buy it from inefficient French ships. And all to subsidize Marseille merchants and shippers who could not compete successfully with the English and Dutch in the Levant! Dugué generalized this insight into a laissez-faire position:

Trade can flourish and subsist only when merchants are free to procure the merchandise they need in the places where they are [sold] at the lowest price, and every time we wish to compel them to buy in one place at the exclusion of all others, merchandise will become more expensive and trade will consequently fall into ruin.3