Does a Liquidity Trap Pose a Threat? | Mises Institute
Skip to main content

GET NEWS AND ARTICLES IN YOUR INBOXPrint
A
A
Home | Mises Library | Does a Liquidity Trap Pose a Threat?

Does a Liquidity Trap Pose a Threat? 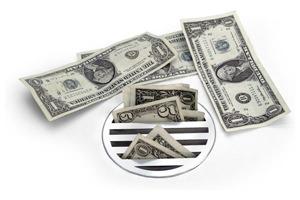 A weakening in the growth momentum of lending has taken place despite central banks' massive monetary pumping. Commercial banks in major economies are finding it more attractive to sit on the newly injected money rather than lend it out.

At the end of July this year, US banks were sitting on $729 billion of cash against $1.9 billion in July last year.

In the United Kingdom, bank cash reserves jumped from £28.6 billion in July last year to £161.3 billion at the end of July this year.

Some commentators are of the view that banks' preference to sit on a growing pile of cash rather than lend it out points to an emerging liquidity trap, which can pose a serious threat to economic growth.

The Origin of the Liquidity-Trap Concept

Recessions, according to Keynes, are a response to the fact that consumers — for some psychological reasons — have decided to cut down on their expenditures and raise their savings.

For instance, if for some reason people have become less confident about the future, they will cut back on their outlays and hoard more money. So, once an individual spends less, this worsens the situation of some other individual, who in turn also cuts his spending.

Consequently, a vicious circle sets in: the decline in people's confidence causes them to spend less and to hoard more money, and this lowers economic activity further, thereby causing people to hoard more.

Following this logic, in order to prevent a recession from getting out of hand, the central bank must lift the money supply and aggressively lower interest rates. Once consumers have more money in their pockets, their confidence will increase, and they will start spending again, thereby reestablishing the circular flow of money, so it is held.

However, Keynes suggested that a situation could emerge when an aggressive lowering of interest rates by the central bank would bring rates to a level from which they could not fall further.

This, according to Keynes, could occur because people might adopt the view that interest rates have bottomed out and that rates will subsequently rise, leading to capital losses on bond holdings. As a result, peoples' demand for money would become extremely high, implying that they would hoard money and refuse to spend it no matter how much the central bank tried to expand the money supply.

Keynes suggested that, once a low-interest-rate policy becomes ineffective, authorities should step in and spend. The spending could be on all sorts of projects — what matters here is that a lot of money must be pumped in order to boost consumers' confidence. With a higher level of confidence, consumers would lower their savings and raise their expenditures, thereby reestablishing the circular flow of money.

Observe that Keynesian ideas have been promptly implemented by the governments and central banks of the major economies. Yet despite all the stimulus packages and the massive money pumping, lending remains depressed.

Bank lending is an important factor in making the central bank's pumping "effective." Popular thinking holds that lending enables the reestablishment of the circular flow of money and eliminates the liquidity trap.

To push major economies away from this trap, some experts suggest that major central banks should consider the recent policy move of the central bank of Sweden.

In July this year, the Swedish Riksbank became the world's first central bank to introduce negative interest rates on bank deposits held with the central bank, lowering the deposit rate to minus 0.25% from 0% in June. Note that in July last year, the rate stood at 3.75%.

The idea of negative interest rates is to make it costly for banks to sit on cash reserves. It is held that banks will be forced to expand their lending, thus helping to reestablish the circular flow of money.

Do Individuals Save Money?

In the Keynesian framework, the key to prosperity is the ever-expanding monetary flow. Monetary expenditure drives economic growth.

When people spend more of their money, they save less. Conversely, when people reduce their monetary spending in the Keynesian framework, they save more.

Observe that in the popular, i.e., Keynesian, way of thinking, savings is bad news for the economy. The more people save, the worse things become: the liquidity trap comes on account of too much saving and the lack of spending.

Now, contrary to popular thinking, individuals don't save money as such. The chief role of money is that of the medium of exchange. Also, note that people don't pay with money but with goods and services they have produced.

To suggest then that people could have an unlimited demand for money, which leads to a liquidity trap, implies that no one would be exchanging goods. Obviously, this is not a realistic proposition, given that people require goods to support their lives and well-beings. (Note that people demand money not to hold it as such but to employ it in exchange.)

Being the medium of exchange, money can only assist in exchanging the goods of one producer for the goods of another producer. The state of the demand for money cannot alter the amount of goods produced, i.e., it cannot alter real economic growth. Likewise, a change in the supply of money doesn't have any power to grow the real economy.

Contrary to popular thinking, we suggest that a liquidity trap doesn't emerge in response to consumers' massive increase in the demand for money but comes as a result of very loose monetary policies that inflict severe damage on the pool of real savings.

The Liquidity Trap and the Shrinking Pool of Real Savings

As long as the rate of growth of the pool of real savings stays positive, this can continue to sustain productive and nonproductive activities. Trouble erupts, however, when, on account of loose monetary and fiscal policies, a structure of production emerges that ties up much more consumer goods than it releases. The excessive consumption relative to the production of consumer goods leads to a decline in the pool of real savings.

This in turn weakens the support for economic activities, resulting in the economy plunging into a slump. (The shrinking pool of real savings exposes the commonly accepted fallacy that the loose monetary policy of the central bank can grow the economy.)

Likewise, any policy that will force banks to expand lending out of "thin air" will further damage the pool and further reduce banks' ability to lend. Note that without an expanding pool of real savings, any expansion of bank lending is going to lift banks' nonperforming assets.

The fact that banks are not currently ready to expand lending indicates that they are still in the process of trying to fix their balance sheets. Also, banks cannot find many viable borrowers, i.e., wealth generators, which could be another indication that the pool of real savings is in trouble.

Meanwhile, the Federal Deposit Insurance Corporation (FDIC) data show that US commercial banks' and savings institutions' assets remain under pressure. The value of assets fell by $241 billion in the second quarter (Q2) after declining by $301 billion in the previous quarter (Q1). The growth momentum of assets also displayed a visible fall. The yearly rate of growth fell to nil in Q2 from 1.3% in Q1 and 11.6% in Q1, 2008.

In Q2, commercial banks and savings institutions have reported renewed pressure on their net income. The banking industry recorded a loss of $3.7 billion after having a profit of $5.5 billion in Q1. Provisions for bad loans have bounced to $66.9 billion in Q2 from $61.4 billion in Q1.

We can thus conclude that, contrary to popular thinking, the threat to major world economies is not the so-called liquidity trap, but the government and central bank stimulus policies claimed to counter it. These policies only further weaken the pool of real savings, thereby undermining prospects for a durable economic recovery and perpetuating the liquidity trap.

So far, massive monetary pumping by central banks has failed to revive the pace of credit expansion in major world economies. Some commentators have raised the possibility that this points to an emerging "liquidity trap," which is seen as a major threat to economic growth.

We suggest that negative interest rates are unlikely to move major economies away from a liquidity trap if the pool of real savings is in trouble. Contrary to popular thinking, the threat posed to the major economies is not the liquidity trap, but the government and central bank stimulus policies aimed at countering it.