GET NEWS AND ARTICLES IN YOUR INBOXPrint
A
A
Home | Mises Library | Do Taxpayers Want to Pay For Those Shut Down Government Services?

Do Taxpayers Want to Pay For Those Shut Down Government Services? 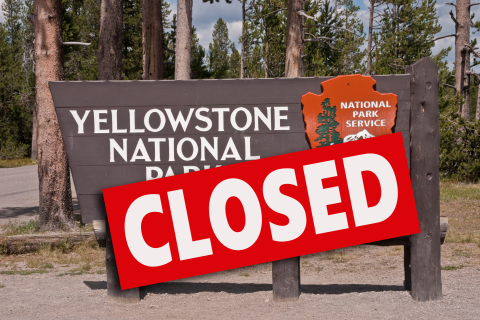 There is a common assumption among politicians that voters want a lot of government services, but don’t want to pay for them. It’s certainly true that taxpayers don’t like paying taxes, and this is demonstrated in the fact that the federal government runs a deficit virtually every single year. If the taxpayers didn’t mind paying the full cost of government, the feds would be able to collect enough in revenue to pay the bills. As it is, the political realities of public opposition to taxation drive the feds to resort to deficit spending to cover their costs.

In addition to kicking the can down the deficit road year after year, the federal government employs a variety of other tools to mask the true cost of government as well. Tax withholding by employers often hides the true level of taxation from many taxpayers while some taxes are re-defined as non-taxes. The social security tax, for example, is often wrongly said to be not a tax at all, but merely a payment into a trust fund for one’s future retirement.

All of these little tricks and strategies have been employed to help governments squeeze a few more dollars from the taxpayers in the face of what elected officials often regard as a stubborn and mean-spirited opposition to paying one’s fair share.

So while it is indeed true that the voters often resent paying taxes, the claim that “voters want a lot of government services,” on the other hand, is less self-evident. The current partial shutdown of some government operations helps to illustrate the dubious nature of this assertion. If the taxpayers were uniformly appalled and outraged at the thought of a government shutdown, it seems unlikely that the federal government would need to go out of its way to make a big show of what government services were being shut down.

This is a time honored strategy, of course, and even has a name: the Washington Monument Syndrome. For decades, the bureaucrats in the National Park Service have gleefully closed the parks whenever government shutdowns have occurred, and have even threatened to close parks if Congress did not provide sufficient appropriations to please the NPS. The Park Service knows that the closure of parks plays a helpful role in angering American tourists and taxpayers who find themselves traveling a thousand miles to only end up at a closed National Park. According to one blogger, the NPS has even gone so far as to station armed guards with assault rifles and body armor at the entrance to Death Valley National Park. Taxpayers who still think that there is something “public” about the public lands in the National Parks might want to think again.

The National Parks are an extreme case, though, and the federal government knows it. The question remains as to whether or not taxpayers care much about all the other government “services” that may be closed or scaled back. Just how badly do the taxpayers want to make sure that their tax dollars keep going to fund NSA spying on Americans, or the study of wildlife mating habits, or the planting of trees in the front yards of millionaires?

Supporters of government largesse will often cite polls and studies showing the taxpayers support the expansion of this or that program. “Support” for a government program is all well and good when support only requires a nod of one’s head. It’s another matter entirely when one is asked to shell out actual money.

Murray Rothbard knew this well, and he more than once suggested that the best way to determine just how much voters valued a certain government service was to stop taking funds by force and to allow taxpayers to voluntarily pay for government services.

Writing in the wake of the government shutdown and budget deal of 1990, through which taxes were raised following multiple predictions of doom and chaos in the face of government cutbacks, Rothbard suggested a modest proposal to determine just how badly the taxpayers actually wanted those government services that were deemed so essential:

I would like to offer a modest proposal, giving us a chance to see precisely how vital to our survival and prosperity is the Leviathan federal government, and how much we are truly willing to pay for its care and feeding. Let us try a great social experiment: for one year, one exhilarating jubilee year, we furlough, without pay, the Internal Revenue Service and the rest of the revenue-gathering functions of the Department of Treasury.

That is, for one year, suspend all federal taxes and float no public debt, either newly incurred or even for payment of existing interest or principal. And then let us see how much the American public is willing to kick into, purely voluntarily, the public till.

We make these voluntary contributions strictly anonymous, so that there will be no incentive for individuals and institutions to collect brownie-points from the feds for current voluntary giving. We allow no carryover of funds or surplus, so that any federal spending for the year — including the piteous importuning of Americans for funds — takes place strictly out of next year’s revenue.

It will then be fascinating to see how much the American public is truly willing to pay, how much it thinks the federal government is really worth, how much it is really convinced by all the slick cons: by the spectre of roads falling apart, cancer cures aborted, by invocations of the “common good,” the “public interest,” the “national security,” to say nothing of the favorite economists’ ploys of “public goods” and “externalities.”

It would be even more instructive to allow the various anonymous contributors to check off what specific services or agencies they wish to earmark for expenditure of their funds. It would be still more fun to see vicious and truthful competitive advertising between bureaus: “No, no, don’t contribute to those lazy louts in the Department of Transportation (or whatever), give to us.” For once, government propaganda might even prove to be instructive and enjoyable.

To a certain extent, we already know what would happen in this case. While not quite analogous to Rothbard’s Modest Proposal, some taxpayers are able to vote on tax increases at the state and local level. Not surprisingly, when tax increases go to a vote, their success rate is not stellar, and when they do pass, victory requires the help of multi-million dollar advertising campaigns. (For examples, see here, here, here, and here.)

Some people are happy to vote for tax increases, of course, especially if they think someone else will foot the bill. And there is no doubt that the taxpayers are more than happy to use government lands and amenities they have no choice but to pay for. If given the choice, however, it’s less clear that the taxpayers would be clamoring to pay taxes for a $100,000 outhouse in Alaska, a chance to be spied on, or for another war in another country few Americans can find on a map.