GET NEWS AND ARTICLES IN YOUR INBOXPrint
A
A
Home | Mises Library | Do the Rich Oppress the Poor?

Do the Rich Oppress the Poor? 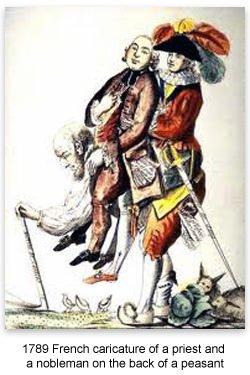 [This article is excerpted from The Anti-Capitalistic Mentality (1954). An MP3 audio file of this article, read by Brad O'Connell, is available for download.]

Before answering this question it is necessary to put into better relief the distinctive feature of capitalism as against that of a status society.

It is quite customary to liken the entrepreneurs and capitalists of the market economy to the aristocrats of a status society. The basis of the comparison is the relative riches of both groups as against the relatively straitened conditions of the rest of their fellow men. However, in resorting to this metaphor, one fails to realize the fundamental difference between aristocratic riches and "bourgeois" or capitalistic riches.

The entrepreneurs and capitalists owe their wealth to the people who patronize their businesses. They lose it inevitably as soon as other men supplant them in serving the consumers better or cheaper.

It is not the task of this essay to describe the historical conditions which brought about the institutions of caste and status, of the subdivision of peoples into hereditary groups with different ranks, rights, claims, and legally sanctified privileges or disabilities. What alone is of importance for us is the fact that the preservation of these feudal institutions was incompatible with the system of capitalism. Their abolition and the establishment of the principle of equality under the law removed the barriers that prevented mankind from enjoying all those benefits which the system of private ownership of the means of production and private enterprise makes possible.

In a society based on rank, status, or caste, an individual's station in life is fixed. He is born into a certain station, and his position in society is rigidly determined by the laws and customs which assign to each member of his rank definite privileges and duties or definite disabilities. Exceptionally good or bad luck may in some rare cases elevate an individual into a higher rank or debase him into a lower rank.

But as a rule, the conditions of the individual members of a definite order or rank can improve or deteriorate only with a change in the conditions of the whole membership. The individual is primarily not a citizen of a nation; he is a member of an estate (Stand, état) and only as such indirectly integrated into the body of his nation. In coming into contact with a countryman belonging to another rank, he does not feel any community. He perceives only the gulf that separates him from the other man's status.

This diversity was reflected in linguistic as well as in sartorial usages. Under the ancien régime the European aristocrats preferably spoke French. The third estate used the vernacular, while the lower ranks of the urban population and the peasants clung to local dialects, jargons, and argots which often were incomprehensible to the educated. The various ranks dressed differently. No one could fail to recognize the rank of a stranger whom he happened to see somewhere.

The main criticism leveled against the principle of equality under the law by the eulogists of the good old days is that it has abolished the privileges of rank and dignity. It has, they say, "atomized" society, dissolved its "organic" subdivisions into "amorphous" masses. The "much too many" are now supreme, and their mean materialism has superseded the noble standards of ages gone by. Money is king. Quite worthless people enjoy riches and abundance, while meritorious and worthy people go empty-handed.

This criticism tacitly implies that under the ancien régime the aristocrats were distinguished by their virtue and that they owed their rank and their revenues to their moral and cultural superiority. It is hardly necessary to debunk this fable. Without expressing any judgment of value, the historian cannot help emphasizing that the high aristocracy of the main European countries were the descendants of those soldiers, courtiers, and courtesans who, in the religious and constitutional struggles of the 16th and 17th centuries, had cleverly sided with the party that remained victorious in their respective countries.

While the conservative and the "progressive" foes of capitalism disagree with regard to the evaluation of the old standards, they fully agree in condemning the standards of capitalistic society. As they see it, not those who deserve well of their fellow men acquire wealth and prestige, but frivolous unworthy people. Both groups pretend to aim at the substitution of fairer methods of "distribution" for the manifestly unfair methods prevailing under laissez-faire capitalism.

Now, nobody ever contended that under unhampered capitalism those fare best who, from the point of view of eternal standards of value, ought to be preferred. What the capitalistic democracy of the market brings about is not rewarding people according to their "true" merits, inherent worth, and moral eminence.

What makes a man more or less prosperous is not the evaluation of his contribution from any "absolute" principle of justice, but evaluation on the part of his fellow men who exclusively apply the yardstick of their own personal wants, desires, and ends. It is precisely this that the democratic system of the market means. The consumers are supreme — i.e., sovereign. They want to be satisfied.

Millions of people like to drink Pinkapinka, a beverage prepared by the world-embracing Pinkapinka Company. Millions like detective stories, mystery pictures, tabloid newspapers, bull fights, boxing, whiskey, cigarettes, chewing gum. Millions vote for governments eager to arm and to wage war. Thus, the entrepreneurs who provide in the best and cheapest way all the things required for the satisfaction of these wants succeed in getting rich.

What counts in the frame of the market economy is not academic judgments of value, but the valuations actually manifested by people in buying or not buying.

To the grumbler who complains about the unfairness of the market system only one piece of advice can be given: If you want to acquire wealth, then try to satisfy the public by offering them something that is cheaper or which they like better. Try to supersede Pinkapinka by mixing another beverage. Equality under the law gives you the power to challenge every millionaire. It is — in a market not sabotaged by government-imposed restrictions — exclusively your fault if you do not outstrip the chocolate king, the movie star, and the boxing champion.

But if you prefer to the riches you may perhaps acquire in engaging in the garment trade or in professional boxing the satisfaction you may derive from writing poetry or philosophy, you are free to do so. Then, of course, you will not make as much money as those who serve the majority. For such is the law of the economic democracy of the market.

It is important to realize that the opportunity to compete for the prizes society has to dispense is a social institution. It cannot remove or alleviate the innate handicaps with which nature has discriminated against many people. It cannot change the fact that many are born sick or become disabled in later life. The biological equipment of a man rigidly restricts the field in which he can serve.

This article is excerpted from The Anti-Capitalistic Mentality (1954).