GET NEWS AND ARTICLES IN YOUR INBOXPrint
A
A
Home | Mises Library | Do Rent-to-Own Stores Hurt the Poor?

Do Rent-to-Own Stores Hurt the Poor? 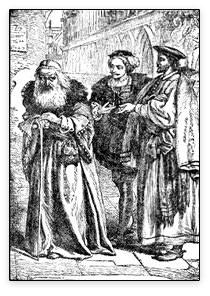 This month, the Brookings Institution released a report  that condemned rent-to-own stores for allegedly preying upon consumers. Last month, the Buffalo News, as part of a series on industries that supposedly preyed upon the poor ("preying upon" evidently meaning "offering a service no one else was providing"), denounced these stores for the allegedly exorbitant monthly payments they charged their customers.

These denunciations suffer from two major flaws. First, much of their anecdotal evidence points not so much to the wickedness of rent-to-own stores as to the silly and irresponsible spending patterns of people who should watch their money more responsibly – a character flaw for which these stores are not to blame. Second, they fail to acknowledge the indispensable service that these stores provide to poor people with bad credit histories who cannot acquire the substantial items they need on any terms anywhere else.

Rent-to-own stores work as follows. Customers can rent merchandise for the short term – as little as a week – or they can rent into the longer term by making monthly payments. Once a customer completes his contract with the store, which typically runs no longer than 24 months, and sometimes even 12, the merchandise becomes his. (He also has the option of buying the product for less at any time earlier in the contract.) Merchandise is delivered free within 24 hours, serviced for free while the customer is making payments, and is replaced if it should break.

The Buffalo News tells us the story of Nicole Hennegan, who bought a used 36" color television from a rent-to-own store. Her monthly payment was $80. After she missed her fourth payment, the television was repossessed. As if this weren't unjust enough, had she continued to make the payments she would have wound up paying over $900 for a set that would have cost her $300 at a retail store.

Before getting into the economics of all of this, a good question might involve why the family needed a 36" color television when it was obviously so financially unstable, or why Ms. Hennegan was spending her limited income so irresponsibly. When I was young, our TV couldn't have been more than a 10" black-and-white, and that was what we had until my family became financially stable enough that purchasing a larger one became a sensible decision. Any large electronics store today can furnish you with a good 13" color TV for less than one of the monthly payments Ms. Hennegan assumed for her much larger TV – a TV that, until about five to ten years ago, hardly anyone but the wealthy or the merely ostentatious would have owned.

Since self-described advocates for the poor typically treat them as helpless imbeciles incapable of making sensible decisions or doing just about anything, we have to pause to consider the litany of objections to my 13" television scenario. Now if these points seem patronizing or insulting – as indeed they should to any self-respecting poor person – bear in mind that it is the left-wing excuse factory, not me, that comes up with them.

In spite of all this, Hennegan is portrayed in the story as a helpless victim rather than a responsible adult who made a stupid decision that is no one's fault but her own.

Mary Hayward wanted to buy a dryer and a computer for her 17-year-old granddaughter, and agreed to a $184 monthly payment for both. Naturally, she will wind up paying much more for these items over time than she would have paid at a retail store had she had cash or modest credit. "It makes me feel sick," she complained. "They're terrible. They're charging too much."

This week's Best Buy circular features a new $300 eMachines desktop with an Intel Celeron D processor 352, 256MB PC3200 DDR memory, 100GB of hard disk space and double-layer DVD±RW/CD-RW drive – in other words, a stupefyingly more robust computer than anyone in the 1980s, when I was growing up, could possibly have imagined, much less owned. The $300 also includes a flat-panel monitor.

If you can afford rent-to-own payments, why not save up your money for a few months instead, and then buy a system like this? People got by just fine without computers for more than 99 percent of human history, so waiting ninety days to save up for one is unlikely to lead to anyone's premature death. Is it really so unreasonable to expect adults to make simple decisions like this, or to demand that they make themselves at least minimally informed?

Thanks to rent-to-own stores, the poor are able to acquire household items that in some cases no one, rich or poor, could have had even a generation ago, and on terms that no one else is willing to extend to them. That must count for something, right?

"Activists" don't see it that way. "You're stuck paying $20 a week, and by the time you're done paying for it, you've paid three times what it's worth," says East Side activist Michelle Johnson. "It's robbery." But that's also true in a sense for 30-year mortgages: by the time I'm finished making the payments on my house, I have paid far more than the house is "worth."

The point is that the house is "worth" more to me in the present than in the future. I suppose I could live in a hut somewhere while I save up the money to buy the house in cash, but it turns out I'm willing to pay extra – a lot extra – to live in a house right now rather than hut now, house later. That is also the logic of the rent-to-own store: being able to use the merchandise up front, without a credit check and without having to pay out a substantial lump of cash, is a valuable service for a great many people.

Alma Medina, for example, a 24-year-old single mother, bought two beds for her children from a rent-to-own store, paying $184 per month for them. If there were another place from which she could have purchased the beds she would presumably have done so. Unattractive as it seems to us, the rent-to-own store was her best option, her next-best option being to get them even more expensively or, perhaps, not to have any beds at all.

"Medina now owns her beds," the Buffalo News tells us toward the end of the story. The reporters then add, without the slightest sense of irony, "Just over a month after she started paying, her children's father used his tax refund to buy the beds from the rent-to-own." Want to hold your breath with me while we wait for the Buffalo News's indictment of the withholding tax as an injustice toward the poor?

There are a lot of companies that, understandably, hesitate to enter into credit exchanges with people who have a poor history of meeting their obligations. Rent-to-own stores are willing to lease merchandise to people who are obviously credit risks (or who wouldn't be shopping there in the first place).

I like the way economist David Henderson puts it: you don't help the poor by looking at their list of options and eliminating the one they actually chose.

Rent-to-own stores are guilty of making furniture and large appliances available to people without credit or substantial savings, and at a relatively low monthly cost. If government should punish the industry with price caps and other regulations (Brookings suggests that local governments use "licensing and zoning authority" to "crack down" and "curb the development of these businesses"), marginal rent-to-own stores will simply close altogether and fewer will open in the first place.

Less and less will the poor be exploited by sinister appliance renters. Sure, they probably won't be able to get the appliances, computers, or furniture they'd like any longer, but at least people like East Side activist Michelle Johnson can console themselves that justice has been done.