GET NEWS AND ARTICLES IN YOUR INBOXPrint
A
A
Home | Mises Library | Do Non-Banks Create Money? 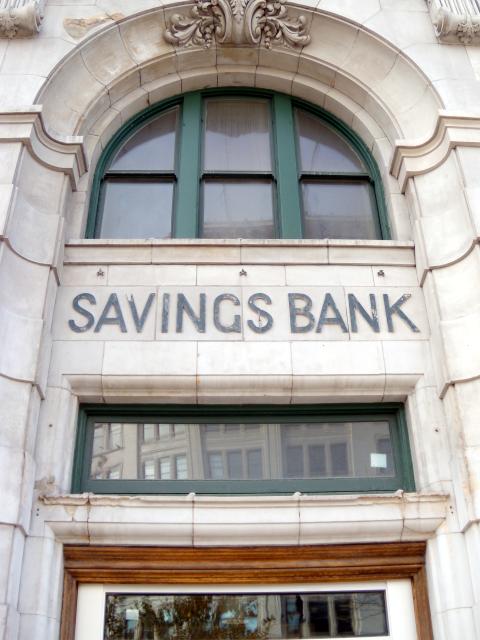 These days, most economists agree that the Federal Reserve System tends to expand the US money supply. But in recent years, banks’ share of total financial assets has been declining. In 1980, it stood at 37%, while in 1999, the share fell to below 24%.

Does this decline suggest that a major contributor to the expansion of money supply (which continues unabated) might be non-banks? If so, do non-banks have the unlimited power to create money?

Some economists have claimed as much. But the answer to both questions is no. Non-banks deal in credit transactions, not credit creation. The difference is crucial.

Has the economy's money supply increased by $1 million? Not at all. What we have here is a credit transaction, money transferred from a lender to a borrower. Credit always involves the purchase of a future good by the creditor in exchange for a present good.

Since a credit transaction is a transfer of saved funds from a lender to a borrower it does not result in the creation of new money, but simply new credit. This credit, however, is not harmful, for it is fully backed by saved money.

Because mutual funds often offer their clients check facilities, some analysts have suggested that mutual funds also create inflationary credit. But think about it: whenever an individual writes a check against his account with the mutual or the money market fund, he is simply instructing them to sell some of his stocks or money market certificates for cash. When a mutual fund sells stocks, the buyer of these stocks parts with his money, which is then transferred to the holder of the check. No new money is created.

Let's assume that Jane provides warehouse services. Now, when Joe stores his money in Jane’s warehouse, he does not relinquish the ownership over the stored money. Apart from Joe, no one else is permitted to make use of the money. He receives a receipt which states that the holder of this receipt is entitled to take charge of his stored assets at any time. In addition, such receipts function on the market as money substitutes.

Let us now assume that Jane prints another receipt on Joe’s money and lends this receipt to Chris. The warehouse owner has now violated Joe’s property rights. The receipt in the possession of Chris gives him the right to use Joe’s stored money. Consequently, we have two claims on the same money stock, which increases the spending power in the economy.

By registering the deposited $1000 this way, the banks states that Joe supposedly lent the bank $1000. In reality however, the $1000 was never lent to the bank and consequently the ownership on the $1000 was never transferred. So long that deposits are fully backed up by cash, the bank is said to be maintaining a 100% reserve ratio.

Now, if the bank extends a loan of $900 to Chris, the bank creates a deposit and thus new money of $900. For Chris could now pay with a check, when buying goods and services, against the $900 deposit. On the asset side of the bank’s balance sheet we will now have a $1000 in cash plus a $900 loan. On the liability side of the balance sheet we will have $1900 of demand deposits.

The legal precedent to fractional reserve banking was set in England in 1811 in the court case of Carr v. Carr. The court had to decide whether the term "debts" mentioned in a will included a cash balance in a bank deposit account. The Judge, Sir William Grant, ruled that it did. According to Grant, because the money had been paid generally into the bank, and was not earmarked in a sealed bag, it had magically become a loan to the bank. The Judge also insisted that money deposited with a bank becomes part of bank’s assets and liabilities.

Notwithstanding that fractional reserve banking is accepted as a legitimate activity, in a market economy without a central bank the likelihood that banks will pursue this practice will tend to be very low.

Furthermore, let us assume that Joe has decided to buy goods from Frank for $500 and pays for the goods by check. Frank also deposits the check with the second bank. Both Joe and Chris bought goods and services for a total sum of $1400. This, however, is bad news for the first bank, which has only in cash $1000 and will not be able to clear checks written by Joe and Chris once presented. The bank will be declared bankrupt.

With many competitive banks, the threat of bankruptcy discourages the practice of fractional reserve banking. Conversely, if there is only one monopoly bank, the expansion of inflationary credit will tend to be almost unlimited. The only limit on the monopoly bank inflationary lending will be a general loss of confidence that it can pay in cash.

In the present US banking system, the central bank, by means of monetary injections, makes sure that banks can practice fractional reserve banking without bankrupting each other. This in turn means that the present banking system, which is supervised by the central bank, is one monopoly bank capable of creating almost unlimited inflationary credit.

It is the existence of the central bank that enables banks to practice fractional reserve banking, thereby creating inflationary credit. In the absence of the central bank, banks' activities would be confined to mediating between lenders and borrowers and supplying money warehouse services--very much the way non-banks do today.

Another common argument against non-banks is that they facilitate unbacked claims to money, and thereby help spread inflation. Using the same logic, however, one could also argue that every individual is helping to spread inflation merely by buying and selling goods and services. The crux of the matter is not who spreads the inflation, but who creates it in the first place.

Some people have further argued that non-banks are speeding up the velocity of credit, thereby promoting economic instability. But what is so bad about speeding up the circulation of credit? For instance, if Joe lends a $1000 to Jane who uses the money to buy goods from Chris, who in turns lends to Frank, nothing inherently destabilizing has happened. Destabilization comes about because new credit is injected into the economy, not solely because the money is lent or spent.

It is monetary injections from the central bank that destabilize the economy, not people's responses to these injections. There is no need to impose restrictions on credit creation by non-banks. If any activity must be restrained, it is that of the central bank and fractional reserve banking. It is these activities that give rise to monetary inflation and economic destabilization.