GET NEWS AND ARTICLES IN YOUR INBOXPrint
A
A
Home | Mises Library | Diversity, Yes; Force, No 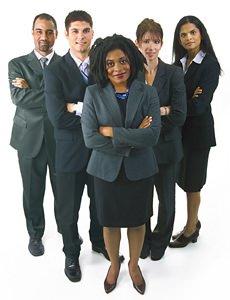 We are sitting around a dinner table following a mammoth St. Martin's Day feast—myself and three other professors, and our wives, and my ten-year-old who never liked the kids' table anyway—when one professor is asked about his upcoming conference trip to Oxford. The conference topic is diversity.

So in the interest of small talk, and of genuine curiosity, I ask him what his opinion was on diversity, knowing it was a silly question stated in that way, but no more silly than an entire conference devoted to such a nebulous concept. He responds: "Well, I support it. I know that at [my undergraduate school], I benefited from being exposed to classmates from different countries and cultures. And I think that businesses benefit from maintaining a diverse workforce. What do you think about diversity?"

"Well," I say back, suspecting we were about to disagree but not wanting to sound like I oppose diversity qua diversity, "I'm sure we can benefit from learning about different cultures, but I think diversity has been something of a fad in recent years. In general, the private sector is more likely to be diverse than the public sector. I certainly do not think that the state should enforce it [on the workplace], because that would violate freedom of association."

Thus began a heated discussion questioning the morality of such violations, based on the belief that absent state intervention, workplace discrimination based on race would have flourished. Needless to say, I took a contrary view.

My position was (and is) that racism does not dictate market outcomes—at least not in the long run, because racist employers eventually incur market penalties, and that where racism perseveres in the marketplace, we can assume that extra-market intervention allows it. A much more important factor explaining wage differentials is not skin color but skills and, by extension, productivity. Why is it, I asked, do West Indian blacks earn higher wages (on average) than American blacks? Because they are more productive (on average), and their relative success suggests that wage differences have other causes than melanin content.

Of course, this position did not go over well, at least initially, when presented to a group of non-economists, only because it is contrary to the "stylized facts" of our times. So I explain, starting with the plight of the freed slaves in the labor force in the decades following the War Between the States.

Following that war, labor markets were flooded with relatively unskilled (or at least narrowly-trained) blacks. Since any individual freeman's contribution to overall aggregate productivity was small (measured in terms of his marginal revenue product), his wages would reflect this fact. However, that does not mean that his wages were lower than those of unskilled whites. This tended not to be the case because wages reflect a worker's marginal productivity, regardless of whether racist attitudes dominated society.

Why is this? Assume that an employer in rural, post-bellum America chooses to discriminate and pay an unskilled white worker a higher wage than an unskilled black worker. The employer would be hurt in two ways. First, if the white worker's wage exceeded his marginal contribution to the productive process, then the employer would be losing money by employing this worker. If the worker contributed $5 a week in revenue to the total productivity, but was paid $7, the employer lost $2 by hiring him. Second, the employer was clearly not profit-maximizing and would attract competition from more efficient competitors drawn by the opportunity to produce the same output at a lower cost.

In the same way, if the same employer paid a black worker a wage that was less than his marginal contribution to the productive process, the employer would benefit—until his actions attract competition that would then bid away these underpaid workers. None of this analysis suggests that racism cannot harm minorities in the workforce, at least in the short run, but over the long run, decisions to engage in this kind of activity are punished. Indeed, one of the reasons for the migration of blacks to labor forces in the cities, beginning soon after emancipation, was because of the existence of more competitive labor markets there. In such a situation, racist employers would be penalized.

Significant wage differentials among unskilled workers do not start showing up until the application of non-market forces on the workplace, initially with the rise of trade unionism but especially with the passage of minimum wage legislation. (See Table 1.)

Prior to the first federal minimum wage bill passed on the 1930s, there was virtually no difference between black and white teenage (i.e., unskilled) unemployment, at a time when many assume that racism was more prevalent than today. After the minimum age bill is passed, however, we see an increase in black teenage unemployment relative to whites, since as employers are now forced to pay a wage that is higher than the value of many workers' marginal revenue product, they no longer incur a market penalty for allowing racism to dictate their market decisions.

To be sure, unskilled blacks suffered from this state intervention in labor markets in many ways. Priced out of jobs, they were unable to earn a legal income that they would have earned otherwise. To the extent that they were shut out of the labor force, many were unable to acquire the skills necessary to earn a larger income in the future. And, they were much more likely to become dependent on the government dole. None of this would have happened had the federal government not intervened in voluntary exchanges between labor suppliers and demanders.1

Interestingly, when these blacks reached their twenties, we see unemployment rates plummet, despite the fact that their skin color had not changed. This happened because many eventually learned productivity-enhancing skills. The intervention in labor markets in the form of minimum wage legislation protected racist employers from the market forces that would have otherwise penalized their actions. As Henry Hazlitt reminds us, the good economist will consider the full effect of such policies.

It follows, of course, that any intervention in labor markets has similar effects. So when the federal government passes laws that penalize employers for firing employees from some legally-protected group, we see a massive increase in unemployment on the part of employees from the legally-protected group, which reflects the increased relative costs of hiring them. This explains why temp agencies are now among the largest employers in the United States today. Temp agencies allow employers to test out new employees, and reject them if they do not work out, without legal penalty, because these workers remain under the legal employment of the agency, not the rejecting firm.

It also follows that in a modern, global economy, where any uncompetitive policy threatens firm survival, workplace racism is even less likely. Wage policies that pay workers less or more than the marginal revenue they bring to their firms are penalized more quickly than they would have been even 25 years ago. Indeed, global capitalism makes bureaus such as the Equal Employment Opportunity Commission even more unnecessary.

Thus goes the dinner table discussion, or at least my part of it, for the better part of a half hour. Since our wives have left the table (along with my ten-year-old, who is now playing a computer game on a laptop), I question if ruminating on racism and wage discrimination runs contrary to what normal people do on the feast day of St. Martin, who was the first non-martyr saint. Have I caused a form of martyrdom for my friends by explaining this one aspect of the economics of race? Not being sure, I change the subject, and resolve to write more on the topic later that night.