GET NEWS AND ARTICLES IN YOUR INBOXPrint
A
A
Home | Mises Library | "Discrimination" Isn't About Religion, It's About Private Property

"Discrimination" Isn't About Religion, It's About Private Property 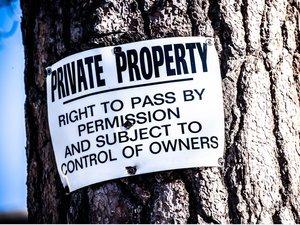 The governor of Indiana last week signed the Religious Freedom Restoration Act, modeled on similar federal legislation. The Indiana statute states that a person’s religious beliefs may not be “substantially burden[ed]” by anti-discrimination statutes. In other words, if anti-discrimination laws could be construed as forcing a person to violate his own religious conscience, then the law allows for an exemption in that case to anti-discrimination mandates.

The response from the left has been fierce, and multiple CEOs of major firms, including Apple and Salesforce, have come out against the legislation with Salesforce announcing that it will impose a partial boycott on Indiana.

The actual points of the bill are murkier, and Gov. Pence of Indiana is now claiming that the bill does not actually allow business owners to discriminate.

Rather than get mired in a discussion of the minutiae of the Indiana law and similar laws, let it just be said that if the law allows for greater discrimination — and thus, enhances private property rights and lessens the load of government regulations — then it is good. If the new law does not do this, then it’s difficult to see what the point of it is except as a scheme to gain favor with some right-wing religious groups.

Exclusion Is a Foundation of Private Property

Even if the bill does allow for greater control over private property on the part of the owners, the new government-allowed discretion would still be far too restrictive since it would apply only to religious objections. After all, religion is merely one criteria that a property owner might employ to determine how he or she wishes to use his or her property. If an owner wishes to dispense with religious motivation in favor of the pure avaricious pursuit of profit, or wishes to use the business to forward the goal of restoring the Russian monarchy, why should those motivations be any less respected than religion?

By framing the debate as a religious matter, the advocates of regulated discrimination are able to portray many of the advocates as zealots. Meanwhile, the supporters of religious freedom in this case have reduced their argument to a discussion about the motivations behind how one uses private property, when they should really be advocating for the unhampered exercise of full private property rights.

Indeed, the debate has much in common with the Obamacare debate in which Obamacare advocates and opponents sparred over whether or not a business should be mandated by law to provide certain types of health care coverage. At the time, I noted that the while the media attempted to portray the controversy as a religious matter, it was really a debate over wages and contracts.

Similarly, once we strip away all the culture-war grandstanding and claims of supporting enlightened free thought over Dark-Age superstition, what we find is that the debate over the Indiana law is a debate over the nature of private property, pure and simple. One group in this case advocates for a (regrettably limited) expansion of private property rights, while the other side argues for increased government regulation of private businesses and enterprises.

Tim Cook and Marc Benioff, CEOs of Apple and Salesforce, respectively, have come out in favor of government regulation because they fear the possibility that someone somewhere might use his property in a way that Cook and Benioff find offensive. But at the core of their position is that it is good and legitimate for government to regulate the use of private property so it can be used only in ways that reflect the values of Cook’s and Benioff’s favored religious or socio-economic groups.

In spite of the perception of Cook and Benioff as capitalists of some sort, their grasp of the nature of private property appears shaky at best. If the concept of private property is to have any meaning at all, then ownership must include the ability to exclude others from using that property. In other words, if an owner of a plot of land or a device cannot exclude others from using that land or that device, then the owner does not actually own it. Furthermore, without the right to exclude, the “owner” is reduced to little more than a regulated caretaker.

In practice, the decision to exclude is always based on some type of discrimination. The type of discrimination can run the gamut from “you’re banned from my store because you groped customers” to “I don’t serve your (racial) kind.” In everyday life, the merchant, salesman, clerk, or owner of any kind must — because time is scarce — make constant discriminatory decisions as to whether or not he will do business with client A or client B. Indeed, every single economic act requires this sort of discrimination. A person may prefer to do business with more attractive people, or people who are friendlier. Or he may wish to work only with his co-religionists or citizens of his own nation-state. On a fundamental level, everyone knows this is the case, but many accept that it is the legitimate role of the state to decide which types of discrimination are acceptable and which are not. Hence, discrimination against unattractive people remains acceptable. Discrimination against certain racial groups is not.

Regardless of what groups end up being favored, the effect of any anti-discrimination law is to curtail the freedom of the owner and to increase the size and scope of government’s coercive power over the lives and livelihoods of property owners. Moreover, since anti-discrimination law is heavily dependent on proving intent and motivation, such regulation also puts the government in the position of investigating the thoughts and opinions of owners. Sometimes, owners make this easy for regulators by stating their motivations outright, but in other cases, private owners are investigated and inferences are made as to the feelings and views of owners. This is necessary because, since every business transaction requires some sort of discrimination, the mere act of not entering into a business transaction is not sufficient to prove not-government-approved discrimination.

The Effects of Discrimination Depend on Monopoly Power

Those who favor regulation of discrimination generally do so because they believe that discrimination by business owners greatly hampers or eliminates the ability of the discriminated-against party to secure essential goods and services.

In practice, when an owner excludes a potential customer (for whatever reason) the excluded party must then seek similar or substitute services elsewhere. The proponents of regulated discrimination then contend that in many cases the barriers to obtaining these goods and services elsewhere is too high, and private owners must be forced to provide “public accommodation.”

Embedded in this position is the assumption that the discriminating owner is either the only provider of such goods, or that all other similar merchants in the area are like-minded in how they choose their own customers. Thus we see that the key variable in the negative effects of discrimination is not that the discrimination exists — which will exist always and everywhere and may also be undetectable — but that the marketplace does not offer sufficient variety in terms of merchants, products, and free entry into the marketplace.

In practice, we see that sufficient variety does exist in many cases. In recent lawsuits over discrimination against same-sex couples, for example, the alleged victims had no problems in finding photography and wedding-cake services in spite of the fact that (they claim) one merchant chose to not serve them. This is to be expected because the cake and photography industries are relatively unregulated and entry into the marketplace is relatively easy and leads to many choices for consumers.

The same would be true for any industry, so long as the state has not artificially restricted entry into the market through regulations, prohibitions, mandates, trade barriers, labor union stipulations, and more.

Put another way, if a firm enjoys some degree of monopoly power (which can only be granted by government regulation) within a marketplace, then the effects of discrimination will be magnified. On the other hand, if state agencies refrain from limiting market entry and competition, then the effects of discrimination on the part of any one firm will be diminished. We can contrast this with the case of government discrimination in which the state, which is by definition a monopolist, can inflict outsized harm with its own discriminatory practices.

Thus, those who wish to lessen the negative effects of discrimination on consumers ought to concentrate on expanding the economic options for those who face discrimination through deregulation of industry and the elimination of corporate welfare and other anti-market programs and regulations that favor incumbent and semi-monopolist firms.

Unfortunately, however, those who favor regulation of discrimination also tend to favor government regulation in general, including wage rates, employment practices, lending practices, food “purity,” and nearly everything else, in spite of the fact that the sum effect of such regulations is to prevent the entry of new firms into the market place while protecting the standing of large politically-powerful firms. The result is fewer merchants, fewer firms, fewer jobs, and more monopoly power which leads precisely to the negative discrimination-imposed burdens that the pro-regulation lobby claims to be fighting against.