GET NEWS AND ARTICLES IN YOUR INBOXPrint
A
A
Home | Mises Library | Did "Tight" Fed Policy Cause the Financial Crisis? 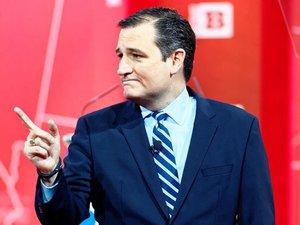 Recently Senator Ted Cruz aggressively questioned Janet Yellen on the Fed’s possible role in causing the financial crisis and subsequent recession. In particular, he claimed that “in the summer of 2008” the Fed “told markets that it was shifting to a tighter monetary policy,” and that this announcement “set off a scramble for cash, which caused the dollar to soar, asset prices to collapse, and CPI [growth — RPM] to fall below zero, which set the stage for the crisis.” Cruz asked Yellen if she agreed with Bernanke’s view from his new book, in which he says the Fed made a mistake by not cutting rates in September 2008.

In response, Yellen at first seemed befuddled by Cruz’s line of inquiry. She said that without further review she wasn’t going to second-guess Bernanke’s opinion that the Fed should’ve cut rates sooner. But she was quite sure that the Fed’s possibly delayed reaction didn’t cause the financial crisis, and in any event, Yellen reminded Cruz that by December 2008 the Fed had cut the federal funds rates down to 0 percent.

Several prominent “Market Monetarists” (such as Scott Sumner and David Beckworth) applauded Cruz’s position, because it dovetails nicely with their explanation that it was actually the Fed’s incredibly tight monetary policy that was ultimately responsible for the financial crisis and the Great Recession. In their view, “real factors” such as the collapsing housing market may have generated a run-of-the-mill recession, but it was Fed timidity that turned it into the worst economy since the 1930s.

The Market Monetarists chose their name out of deference to their intellectual heritage, namely the monetarism of Milton Friedman. Just as Friedman and Schwartz overturned the traditional Keynesian explanation of the Great Depression, by arguing that it was Fed inaction in the early 1930s that made the depression Great, so too do Sumner et al. in our time say that it was “tight money” that ultimately caused the Great Recession.

The Fed Dunnit, But Through Tight or Easy Money?

The standard Austrian view is arguably the opposite of the Friedmanite/Market Monetarist views. Rather than blaming the Fed for “tight money” in the early 1930s and then again in 2008, the orthodox Austrian says that the Fed caused unsustainable booms through “easy money” in the 1920s and in the 2000s.

For more specifics, the interested reader should consult this lecture at Mises University where I sketch the different approaches to the Great Depression. For a longer treatment here is Murray Rothbard’s book on the causes of the 1929 crash and Hoover’s role in starting the Great Depression.

Regarding the housing bubble of our time, here is Mark Thornton’s prescient 2004 mises.org article. And although I certainly have not been Nostradamus at every turn, in the fall of 2007 (a year before the crisis) on these pages I used Austrian business cycle theory to warn that the US was in store for a recession that could be the worst in decades.

For a detailed critique of the Market Monetarist approach from an Austrian perspective, see Shawn Ritenour’s 2013 article. For our purposes in the present piece, let me try a different approach to showcase the weakness of the approach.

Remember, Ted Cruz told Janet Yellen that in the summer of 2008, the “Fed told markets that it was shifting to a tighter monetary policy,” and that this is what ultimately caused the financial crisis a few months later. In other words, Cruz is not blaming “real forces” such as an unsustainable capital structure and the need to reallocate resources after the housing bubble. Instead, Cruz is blaming the Fed for shifting expectations in a way that increased the demand for money, and then not providing the market with the money it so desperately wanted.

In order to demonstrate how empty this explanation is, below I will reproduce three different Fed policy statements. Two of the statements had no dramatic effect on markets. However, one of the Fed statements below comes from the summer of 2008, and so (if Cruz is right) is responsible for creating a global financial panic and the worst economy since the 1930s.

So my question for the reader: Can you tell which of the following three Fed statements was the one Cruz is referring to? Which of the below caused global panic, and which two did investors shrug off? I have stripped out the level of interest rates and a few key phrases to keep things ambiguous about the date of the announcement, but not in a way that changes the tone of the three Fed statements as they originally appeared to markets.

Economic growth has moderated from its quite strong pace earlier this year, partly reflecting a gradual cooling of ____ _____ ______ and the lagged effects of increases in interest rates and energy prices.

Readings on core inflation have been elevated in recent months, and the high levels of resource utilization and of the prices of energy and other commodities have the potential to sustain inflation pressures. However, inflation pressures seem likely to moderate over time, reflecting contained inflation expectations and the cumulative effects of monetary policy actions and other factors restraining aggregate demand.

Nonetheless, the Committee judges that some inflation risks remain. The extent and timing of any additional firming that may be needed to address these risks will depend on the evolution of the outlook for both inflation and economic growth, as implied by incoming information.

Recent information indicates that overall economic activity continues to expand, partly reflecting some firming in household spending. However, labor markets have softened further and financial markets remain under considerable stress. Tight credit conditions, the ongoing ______ ______, and the rise in energy prices are likely to weigh on economic growth over the next few quarters.

The Committee expects inflation to moderate later this year and next year. However, in light of the continued increases in the prices of energy and some other commodities and the elevated state of some indicators of inflation expectations, uncertainty about the inflation outlook remains high.

The substantial easing of monetary policy to date, combined with ongoing measures to foster market liquidity, should help to promote moderate growth over time. Although downside risks to growth remain, they appear to have diminished somewhat, and the upside risks to inflation and inflation expectations have increased. The Committee will continue to monitor economic and financial developments and will act as needed to promote sustainable economic growth and price stability.

Recent indicators have been mixed and the adjustment in the ______ sector is ongoing. Nevertheless, the economy seems likely to continue to expand at a moderate pace over coming quarters.

Recent readings on core inflation have been somewhat elevated. Although inflation pressures seem likely to moderate over time, the high level of resource utilization has the potential to sustain those pressures.

In these circumstances, the Committee's predominant policy concern remains the risk that inflation will fail to moderate as expected. Future policy adjustments will depend on the evolution of the outlook for both inflation and economic growth, as implied by incoming information.

How did you do? I intentionally picked three Fed statements where the initial announcement was that the target interest rate was the same, so that any “signal” about looseness or tightness would have to be inferred from their discussion of the future. Could you tell which two of the above announcements were innocuous, and which one signaled a new tight money stance that caused a global financial crash not seen since the 1930s?

The answers are that Statement 1 was from August 2006, Statement 2 was from June 2008, and Statement 3 was from March 2007. Does it really sound plausible that the middle statement above was provocative enough to cause Lehman Brothers to fail and a major money market fund to “break the buck” a few months later?

It has been said that in Austrian theory “monetary factors cause the cycle but real phenomena constitute it.” In his canonical treatment, Ludwig von Mises certainly admitted that the commercial banks — through their policies of credit contraction and interest rate movements — could influence the precise timing of a crash. However, once an unsustainable boom was underway, a crash was inevitable. It would be foolish to think that a recession was due merely to the unwillingness of banks to continue with monetary inflation and artificially low interest rates.

Ted Cruz and the Market Monetarists are right to blame the Fed for the financial crisis, but they are focusing on the wrong end. The real problem was the Fed’s inflation of the early and mid-2000s that fueled the housing bubble and related malinvestments.

Yes, after a credit-fueled boom, the precise timing of the crash will probably occur when the central bank “tightens.” Yet that hardly means the recession is the fault of timidity. Ultimately, the only way to prevent painful busts is to avoid the pleasurable booms that precede them.