A Dichotomy in Two Colors 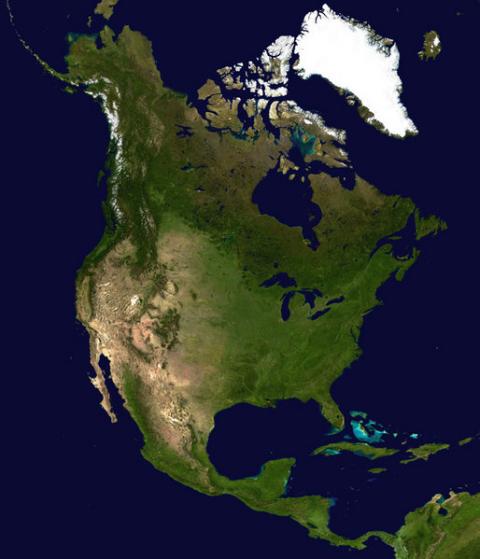 Call it the mystery of the red and the blue.

Don’t believe me?  The Northeast-Midwest Institute, which computes the state-by-state ratio of federal spending to federal taxes every two years, is agnostic on the causes of these trends.  But according to its own data of the top ten states that receive more in federal spending than they pay out in federal taxes, only one (Hawaii) voted Democrat in the 2004 presidential election.  These states could be considered the top net tax consumers.

Now consider the data for the bottom ten states—those that receive the least in return compared to how much contribute to the federal coffers.  These states are largely blue.

Here, all voted for the Democrats in 2004, with the exception of Nevada and Colorado.   On these terms, New Jersey is the greatest loser of the wealth transfer sweepstakes: for every dollar it sent to the feds, it received back a whopping $0.66.

What gives?  The answers are not clear and somewhat complicated, especially since the Republican Party, the choice of the reds, is far from a party of small government.  What follows are some conjectures that attempt to explain this dichotomy of the red and the blue.

One factor lies in the fact that states with large populations that resent Washington are more likely to receive funding from it if only to buy them off.  By creating dependencies of whole states, popular resentments can be quelled.  This explains why of the top ten net tax consumers, three states were members of the Confederacy (during the War of Northern Aggression), while of the top ten tax payers, seven were members of the Union (during the Civil War).

This buy-off factor helps the State maintain support while creating a hypocrisy of sorts when enemies of the transfer state find themselves in regions that receive the largest allotment of other people’s money.  (This also illustrates how adept both parties have become in buying constituencies.)  It is not uncommon in the South to hear someone rail against Washington while tempering his remarks with exceptions for needless military bases that have become important to many local economies or universities whose research facilities serve to place grits on many tables.

While such investments are made today in most every state, they take on added importance in the red states where the anti-Washington culture is based on a history of being independent from it.  It is no surprise that all of the top ten net tax consuming states achieved statehood sometime after the establishment of a United States, or that five of the top ten net tax paying states were also members of the original 13 colonies.

Another factor is that recipients of federal largess may know that such dependence is not such a good thing.  On one level, it is far better for a state to pay out more in federal taxes than it receives because economies in these states are less dependent on the federal appropriations process than the net tax consuming states.  Base closures and realignments or shifts in the political power base in DC have much less social ramifications when your economy is less dependent on wealth transfers from the federal trough.

The red-tax consuming states know this, dislike the implications, and vote accordingly.  Some of their resentment doubtlessly stems from the politicized culture that emerges when much of their economic base results from wealth transfers (and not wealth creation).  The irony is that the blue-tax paying states could secede, maintain all federal spending commitments in their states, and have money left over, while their red counterparts would pay a higher economic price for pursuing a similar course—at least in the short run.

But secession seems a far way off—just like it did in the Soviet Union in the 1980s.  Until then, the country will remain divided, a landmass of blue Peters robbed to pay red Pauls.  Don’t think that our pols in Washington aren’t concerned about this development.

In his victory speech on November 3rd, President George W. Bush acknowledged his “duty to serve all Americans.  And I will do my best to fulfill that duty every day as your president.”  On the same day, Democratic nominee Sen. John F. Kerry spoke of “the danger of division in our country and the need—the desperate need—for unity, for finding common ground, and coming together.  Today, I hope that we can begin the healing.”

But the unity they crave is not the kind of unity that reflects a free and independent republic.  If both men were sincere, they’d advocate the tearing down of a destructive welfare and warfare state that will collect and redistribute over $2 trillion in 2005 and that institutionalizes resentment in society.

Why?  Because thou shalt not steal—even if the stealing can be classified as legal plunder.  By remembering this part of the natural law, and the consequences that come with violating it, one can understand the mystery of the red and the blue.