GET NEWS AND ARTICLES IN YOUR INBOXPrint
A
A
Home | Mises Library | Deflation Confusion: Money Is Not Credit

Deflation Confusion: Money Is Not Credit 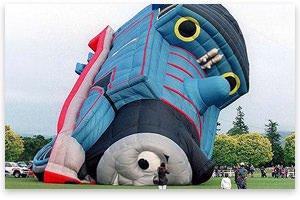 The end is near. The end, that is, of the current monetary system. But inflation or deflation? Dow 1,000 or wheelbarrow money? While the arguments on the deflation side are not entirely without merit, they rely on conceptual errors that result in exaggerating the magnitude of a possible deflation.

The primary error of the deflation camp is the conflation of money and credit. There are plenty of examples, but Robert Prechter is typical.[1]

The key point is that prices are formed with money because money is the final means of payment for goods, while credit is not. The value of each unit of money rises only when there is less money or more demand for existing money. A change in the volume of credit will affect relative prices but it will not affect the overall value of each money unit in a systematic way.

Lumping together money and credit as if they were the same thing leads Prechter to deeply confused and crankish writings, such as here, in The Fed's Presumed Inflation — Mostly a Mirage. In this piece, he makes a spurious distinction between the monetization of new government debt and the monetization of existing government debt. To summarize Prechter's point, when the public's holding of Treasury debt is replaced by holdings of dollars (which, to further confuse matters, he calls "IOU Dollars"), no net inflation has occurred because the volume of money plus credit has not changed.

This is plain wrong. As noted above, Prechter is free to define inflation as a growth in money plus credit, but the economics of the money supply and the credit supply are not the same. Aggregating money and credit obscures the difference. Credit is not money. Money can be spent, debt cannot. Debt investors hold a claim on future money flows, while money holders hold money. The total of money-plus-credit has not changed in Prechter's scenario, but the supply of money has increased, while the supply of debt has decreased by the same amount. Whether or not the bank multiplies more loans on top of the new deposits, the supply of spendable media has increased.

Furthermore — contra Prechter — from a monetary standpoint there is no difference between the monetization of new or existing debt. In either case, money is created out of nothing by the central bank. In the former case, a corresponding amount of Treasuries is removed from the banks' balance sheets and in the latter case it is not. But the quantity of money, which is the primary determinant of the value of each unit, increases in the same way in either case.

A similar misunderstanding is demonstrated in an article by the pseudonymous Pragmatic Capitalist, "A Deep Dive into the Mechanics of a QE Transaction." The article begins,

Some people want you to believe that the Fed just injected the economy and stock market full of money that will now result in an economic boom and much higher prices in most assets. That's simply not true.

Before we begin, it's important that investors understand exactly what "cash" is. "Cash" is simply a very liquid liability of the U.S. government. You can call it "cash," Federal Reserve notes, whatever. But it is a liability of the U.S. government. Just like a 13 week treasury bill. What is the major distinction between "cash" and bills? Just the duration and amount of interest the two pay. Think of one like a checking account and the other like a savings account.

This is a common way of thinking and one that I found very confusing when I first started reading investment literature. Portfolio managers usually think of cash as money proper plus liquid assets that can easily be sold for money proper at their par value.

While it makes some sense to think this way from an operational standpoint when running a portfolio, the two assets are not the same thing. Cash is not a form of credit nor is credit a form of cash. Financial securities such as money-market mutual funds and short-term Treasury debt are not money. They are credit instruments that provide a stream of money payments and can be sold in the market for money. A change in the total quantity of these securities issued does not represent a change in the money supply. When new securities are issued, the buyer purchases them from the government with money.

The appearance that liquid debt securities are no different than actual money depends on the willingness of buyers to pay par value for their debt. The liquidity of these cash-like assets is not a constant, but is a variable. During periods of financial crisis, some formerly liquid assets may become quite illiquid.

"Money is not inherently a liability. Under a gold monetary system, money is a commodity."

Portfolio managers and others who think about the world mostly in terms of financial securities may not see the difference between cash and highly liquid securities. But once we move outside of finance, the difference becomes more clear: when the owner of the portfolio wishes to liquidate some financial assets in order to purchase nonfinancial goods (e.g., a ham sandwich), the assets must be sold for money proper. Treasury bills are not accepted by grocery stores or other retail businesses in exchange for goods.

Reading along with Mr. Capitalist, he identifies the major distinction between money and debt as the duration and the amount of interest:

This is a crucial point that I think a lot of us are having trouble wrapping our heads around. In school we are taught that "cash" is its own unique asset class. But that's not really true. "Cash" as it sits in your bank account is really just a very very liquid government liability.

What is the difference between your checking and savings account? Do you classify them both as "cash"? Do you consider your savings accounts a slightly less liquid interest bearing form of the same thing a checking account is?

What is a treasury note account? It is a savings account with the government. So now you have to ask yourself why you think cash is so much different than a treasury note? What is the difference between your ETrade cash earning 0.1% and that t note earning 0.2%? NOTHING except the interest rate and the duration.

Government debt is a liability that requires the payment of money proper as interest and upon maturity. Actual money is not a liability in the same sense. Fractional-reserve banking makes this more complicated because the money supply consists of currency and bank liabilities that are backed by bank assets. But these bank liabilities have the unique property that they are accepted as payment for goods and services — while other financial liabilities such as Treasuries are not.

The error in Mr. Capitalist's reasoning is that he focuses on similarity in an accidental property while ignoring the difference in a definitional property. Treasuries and fractional-reserve money are both liabilities; but even comparing Treasury debt to fractional-reserve bank deposits, the latter is accepted in exchange for goods and services while the former is not. The acceptability in exchange is the definitional property of money, while the liability nature is not. 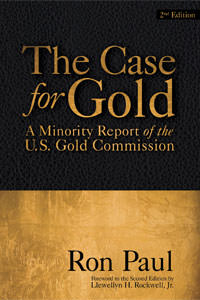 The liability nature of fractional-reserve bank money is an accidental property of money. Money is not inherently a liability. Under a gold monetary system, money is a commodity.

This discussion by no means settles the inflation-deflation debate. However, it does illustrate the exaggerated possibilities of deflation that arise when money and debt are aggregated rather than analyzed separately — the volume of total credit is several multiples of the volume of the money supply. A debt-contraction crisis would have significant macroeconomic effects, but to the extent that the money supply did not contract, deflationary effects would depend on the extent that the crisis stimulated an increase in money demand.