The Definition of Economic Progress 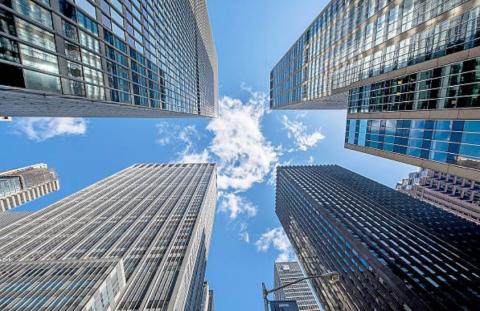 A realistic philosophical interpretation of history must abstain from any reference to the chimerical notion of a perfect state of human affairs. The only basis from which a realistic interpretation can start is the fact that man, like all other living beings, is driven by the impulse to preserve his own existence and to remove, as far as possible, any uneasiness he feels. It is from this point of view that the immense majority of people appraise the conditions under which they have to live. It would be erroneous to scorn their attitude as materialism in the ethical connotation of the term.

The pursuit of all those nobler aims that the moralists contrast with what they disparage as merely materialistic satisfactions presupposes a certain degree of material well-being.

The controversy about the monogenetic or polygenetic origin of Homo sapiens is of little importance for history. Even if we assume that all men are the descendants of one group of primates, which alone evolved into the human species, we have to take account of the fact that at a very early date dispersion over the surface of the earth broke up this original unity into more or less isolated parts. For thousands of years each of these parts lived its own life with little or no intercourse with other parts. It was finally the development of the modern methods of marketing and transportation that put an end to the isolation of various groups of men.

To maintain that the evolution of mankind from its original conditions to the present state followed a definite line is to distort historical fact. There was neither uniformity nor continuity in the succession of historical events. It is still less permissible to apply to historical changes the terms growth and decay, progress and retrogression, improvement and deterioration, if the historian or philosopher does not arbitrarily pretend to know what the end of human endeavor ought to be. There is no agreement among people on a standard by which the achievements of civilization can be said to be good or bad, better or worse.

Mankind is almost unanimous in its appraisal of the material accomplishments of modern capitalistic civilization. The immense majority considers the higher standard of living which this civilization secures to the average man highly desirable. It would be difficult to discover, outside of the small and continually shrinking group of consistent ascetics, people who do not wish for themselves and their families and friends the enjoyment of the material paraphernalia of Western capitalism.

If, from this point of view, people assert that "we" have progressed beyond the conditions of earlier ages, their judgment of value agrees with that of the majority. But if they assume that what they call progress is a necessary phenomenon and that there prevails in the course of events a law that makes progress in this sense go on forever, they are badly mistaken.

Everyone but the most bigoted socialists agrees that the unprecedented improvement in economic conditions that has occurred in the last two hundred years is an achievement of capitalism. It is, to say the least, premature to assume that the tendency toward progressive economic improvement will continue under a different economic organization of society.

The champions of socialism reject as ill-considered all that economics has advanced to show that a socialist system, being unable to establish any kind of economic calculation, would entirely disintegrate the system of production. Even if the socialists were right in their disregard for the economic analysis of socialism, this would not yet prove that the trend toward economic improvement will or could go on under a socialist regime.