A Deeply Flawed History of the Austrian School 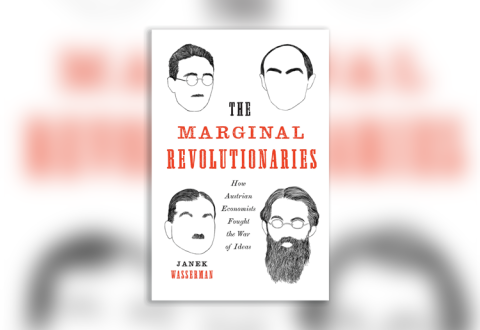 Janek Wasserman, who teaches history at the University of Alabama, has written a useful but deeply flawed book. Useful, because Wasserman has brought to light substantial archival material on the background of the Austrian school, but deeply flawed on two counts. First, Wasserman is beyond his depth when he writes about theoretical issues. In particular, he does not understand Mises, but his lack of knowledge is apparent elsewhere as well. Second, he obtrudes his political opinions on readers in a way that must generate skepticism about his presentation of his archival research.

Wasserman distinguishes a number of stages in the history of the Austrian school. I do not propose to discuss these in detail but will mention only a few highlights. In general, Wasserman stresses the networks among the leading Austrians. They all knew each other and, though often at odds, they tended to support one another in times of crisis. Further, the cultural ferment of Vienna affected them: “The exchange of ironical barbs and clever repartee reflected the mode of the Austrian School specifically and modernist Vienna in general. The famed literary critic and cultural icon Karl Kraus best embodied this spirit. … Good polemics demanded satire and unfairness. It also was not enough to win one’s dispute with intellectual foes: one had to best adversaries in style. Schumpeter and Bőhm[-Bawerk] excelled in these arts and used the tools of the Gymnasium and coffeehouse to great effect.”

Schumpeter and Mises are often, and correctly, viewed as rivals who had little use for each other, but one of Wasserman’s most valuable insights is that they sometimes worked together. “Schumpeter encouraged Mises to speak out on Austrian monetary problems in the Austrian Political Society, where the two made common cause against the wartime government.”

Wasserman rightly notes that, despite his deviations from classic Austrian theory, Schumpeter’s Capitalism, Socialism, and Democracy is best read as a defense of capitalism: “While capitalism in its current, desiccated form seemed destined for collapse, this need not transpire. Deploying a satirist’s wit and an ironist’s pen, Capitalism revealed that Schumpeter believed just the opposite. Capitalism may sow seeds of its own destruction, but it still constituted the surest guarantee of prosperity and democracy. … Schumpeter also leveled a hearty criticism against his economist colleagues, whose static models of perfect competition and complete information, of partial and general equilibria, possessed little explanatory power for a dynamic world. … Capitalism, Socialism, and Democracy is one of the greatest and subtlest apologia for capitalism and elitist liberalism ever written.”

If Wasserman deserves praise for his treatment of Schumpeter, unfortunately this same is not true for his account of Mises. He adopts uncritically the perspective of Hayek, who varied in his estimation of Mises, and Gottfried Haberler about Nationalőkonomie: “Hayek conceded that the book showed a glaring ignorance of recent developments. … Hayek’s critique followed the lead of Haberler, who had argued for years that Mises was no longer a significant economist and that his work offered no insights for anyone who had learned economics since the Great War: ‘If one had studied the classics and Marshall in 1912, then one would have learned nothing from Mises.’” Had Wasserman consulted the book itself, he would have found that it includes references to Haberler’s then contemporary work on international trade theory and Hayek’s work, also then recent, on the business cycle and the socialist calculation argument. Matters become even clearer if one examines Human Action, the English expansion and revision of the German treatise. In it, Mises responds to Haberler’s criticism of Austrian business cycle theory and dissents from Hayek on the Ricardo effect.

Even more important, though, are Wasserman’s mistakes about praxeology. He says, “Mises’s most controversial assertion was his insistence on the a priori quality of the praxeological axiom. … This unremitting stance, which denied explanatory power to inductive reasoning or empirical observations, left many scholars cold. … Moreover, it did not seem that praxeology was supple enough to address contemporary problems.” Incredibly, Wasserman appears to attribute to Mises the odd view that every statement about economics can be deduced from the action axiom. Instead, of course, Mises developed praxeology as a deductive science that economists could use to help explain particular events. Doing so does not preclude empirical investigation but rather requires it.

An even worse misunderstanding is this: “Mises’s elevation of economics to the status of logic had great seductive power. If all of Mises’s economic assertions could be deduced from his core tenet — ‘Human action is purposeful behavior’ — then decisions that impeded the smooth functioning of human action violated scientific law and human will.” This does not follow at all, and only someone bereft of ability to reason logically could think it did. If all actions are purposeful, then actions that impede other actions are also purposeful.

Wasserman’s incompetence in theoretical issues is not confined to mistakes about Mises. He rightly says that The Theory of Games and Economic Behavior is difficult, but at one point he quotes a long sentence, which I shall not reproduce here, and says of it: “As a further example take one of von Neumann’s more straightforward explanations from early in the book, the elements of a game. … [Then follows proposition 6.2.1] Virtually no economists at the time were familiar with set notation or group theory, rendering this passage incomprehensible to its intended audience.” In fact, the proposition is easy to understand and requires no knowledge of group theory or set notation. It says no more than that a game consists of a fixed number of moves, where a “move” is a choice among given alternatives, and provides symbols for these points.

Here is another example of Wasserman’s ignorance, though here I am captious. He says, “Rőpke attracted the support of Hayek and the Italian éminense grise social scientist Benedetto Croce…”. To call Croce a “social scientist” is jarring. Croce was a leading light of Italian Idealist philosophy, as well as a historian and man of letters, not a social scientist.

Wasserman has strong political opinions and, as I have said earlier, he obtrudes these on readers in a way that arouses mistrust about his presentation of archival material. He says, “In this spat, the Austrians of the LvMI [Mises Institute] renewed their ongoing feud with the Kochs, GMU [George Mason University, and Cato]. The Misesians rejected the separation of economics and politics: Austrian economics implied libertarianism — of a conservative stripe. The GMU Austrians were consistently anti-interventionist and pro-market not just in their scholarship but in their politics, and many of them identified ideologically with libertarianism. They nevertheless believed that one could keep one’s scholarship and politics separate. Rejecting the ‘value-free’ pretensions of the left-leaning libertarians — and the longer wertfrei tradition of the Austrian School — the LvMI bloc reached out to other marginal right-wing groups, such as states’ rights organizations, historical revisionists, and neo-Confederates.”

Murray Rothbard did not reject value-freedom in economics. To the contrary, he insisted on it, and a principal theme in his writings about policy is that economists should make clear their value-commitments. In this he has been followed by Joseph Salerno, whom Wasserman assails. A grosser misunderstanding on Rothbard could hardly be imagined.

As Dante long ago said, “non ragioniam di lor.” Let us look at this ill-thought out book and pass on.